Load more
Note: This public procession and fifteen decade Rosary in honor of Our Lady of Fatima, Who crushes the dragon, took place on Sunday afternoon, Oct. 20, 2019. After processing around the Vatican and praying before St. Peter’s Basilica, the Catholic faithful processed down Via della Conciliazione to pray before the Carmelite church, Santa Maria in Transpontina. Why there? Because this church had been co-opted to serve as the ‘Amazon Synod headquarters’ and housed numerous sacrilegious activities and displays. Around the 3:30 time mark of the video, the camera enters the church and shows some of the displays, which include the ‘Pachamama’ idols. These are the same idols which but a few hours later, perhaps early Monday morning (?), were tossed into the Tiber River. It is certainly a pious thought, well-grounded in our Faith, to surmise that public prayer, processions, the Rosary, and Our Lady of Fatima preceded the destruction of pagan idols. #IamCristeros !

Trotter and distribution throughout Rome during the Synod…

The Fatima Center’s Rapid Response Team is in Rome, October 14 – 20, to cover the Pan-Amazon Synod. Unfortunately, at this event we are once again witnessing before our very eyes the truth of Our Lady’s prophecies.

“The work of the devil will infiltrate even into the Church in such a way that one will see cardinals opposing cardinals, bishops against bishops… the Church will be full of those who accept compromises and the demon will press many priests and consecrated souls to leave the service of the Lord.”
– From the Message given by Our Lady of Akita to Sister Agnes Sasagawa on October 13, 1973.

Cardinals Raymond Burke and Walter Brandmüller have written an open letter to the bishops explaining how some items on the Synod’s agenda are infused with paganism and are contrary to the authentic teaching of the Church. Bishop Athanasius Schneider and Bishop-emeritus René Gracida have also voiced strong objections against the undermining of Church structures established by Our Lord Himself.

Cardinal Sarah has claimed it is theologically absurd to suggest that a “lower-class” of priests can be ordained, who are limited to a functionary sacramental role, and he also stated that optional priestly celibacy should not be considered. Back in 1994, Pope John Paul II and Cardinal Ratzinger definitively explained that women being ordained to the priesthood is an impossibility, in accordance with the infallible ordinary and universal magisterial authority of Holy Mother Church! Nevertheless, these and other notions contrary to the Deposit of Faith are actually being considered at this Synod.

In an effort to witness to the truth and resist these errors, your Fatima Center Rapid Response Team will take to the streets of Rome. We plan to organize public Rosaries and processions, host conference talks, hand out Catholic literature that defends the truth, support all those striving to remain faithful to Christ, and aid those who may be struggling in doubt or who have already turned away from Christ’s Gospel. We will also be providing updates for you at this website while we are in Rome.  Please keep this Rapid Response Team in your prayers.

More importantly, we implore you to offer prayers, fasting, and penances on behalf of Holy Mother Church in reparation for what is being done at this Synod. Our Lord taught that some demons “can go out by nothing, but by prayer and fasting” (Mark 9:28).

This is assuredly part of the terrible crisis forewarned by Our Lady of Fatima. These events readily call to mind the critical warnings which Sister Lucia of Fatima gave the world in her final interview (December 26, 1957) before she was silenced a few years later:

“My mission is to indicate to everyone the imminent danger we are in of losing our souls for all eternity if we remain obstinate in sin.”

“And the devil knows what it is that offends God the most, and which in a short space of time will gain for him the greatest number of souls. Thus the devil does everything to overcome souls consecrated to God, because in this way the devil will succeed in leaving the souls of the faithful abandoned by their leaders, thereby the more easily will he seize them.”

(The entire text of that very important interview by Father Fuentes can be read HERE.)

As Sister Lucia explained in that same interview, we should not wait thinking that a call to penance will come from Rome, the Pope, or the bishops. Each one of us must do penance, pray the Rosary, reform himself spiritually and help save all the souls that God has placed in our path. We must renew and redouble our efforts to spread Our Lady’s Message, so that everyone will fulfill all Her requests. Obedience to God’s commands at Fatima is not optional but absolutely essential! This is the only way by which this terrible crisis of diabolical disorientation will end and the Immaculate Heart of Mary will triumph and peacefully reign over a glorious Catholic restoration.

(by Chris Ferrara unless otherwise stated) 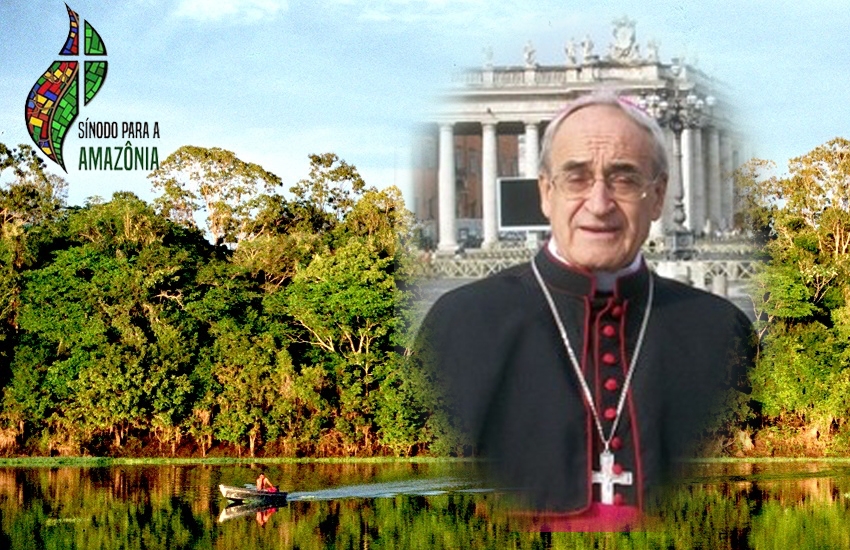 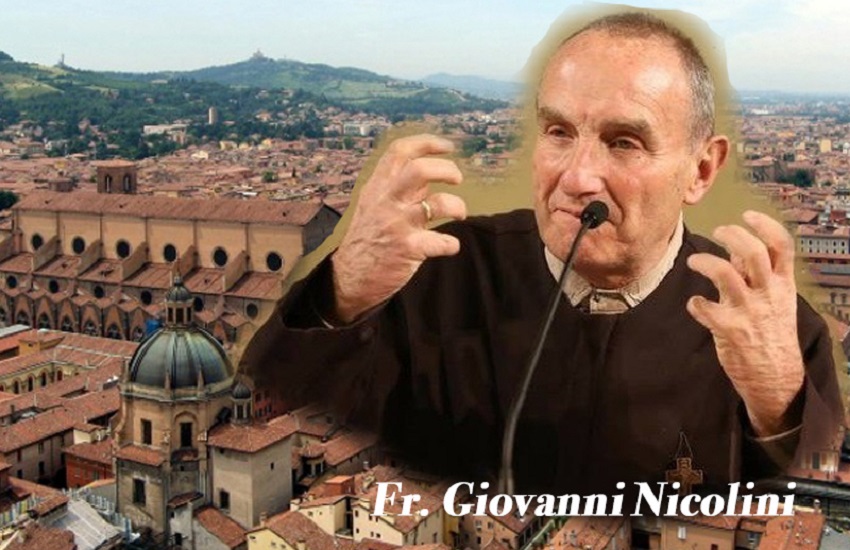 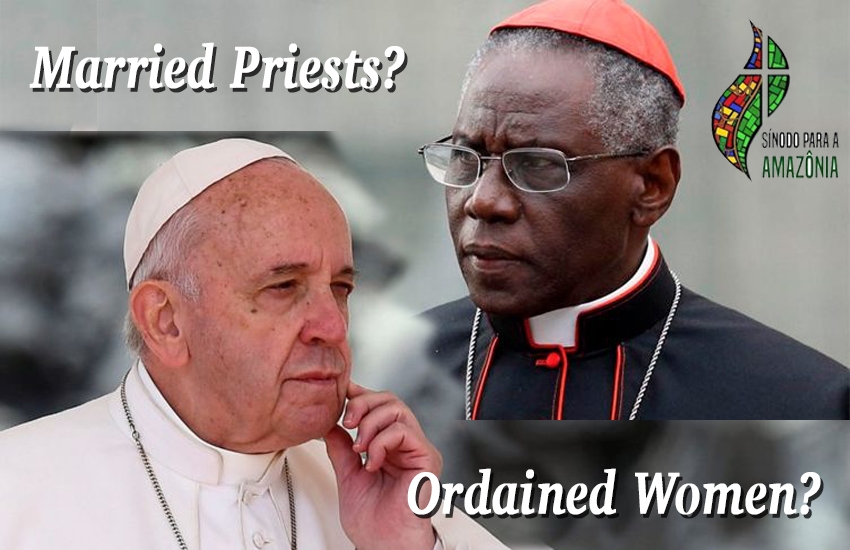 Yet Another Respected Voice Condemns the “Amazon Synod”

The Final Skirmish of the Final Battle? 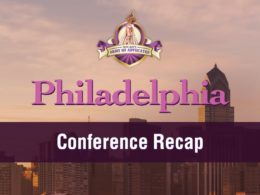 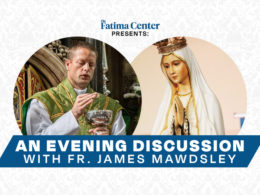 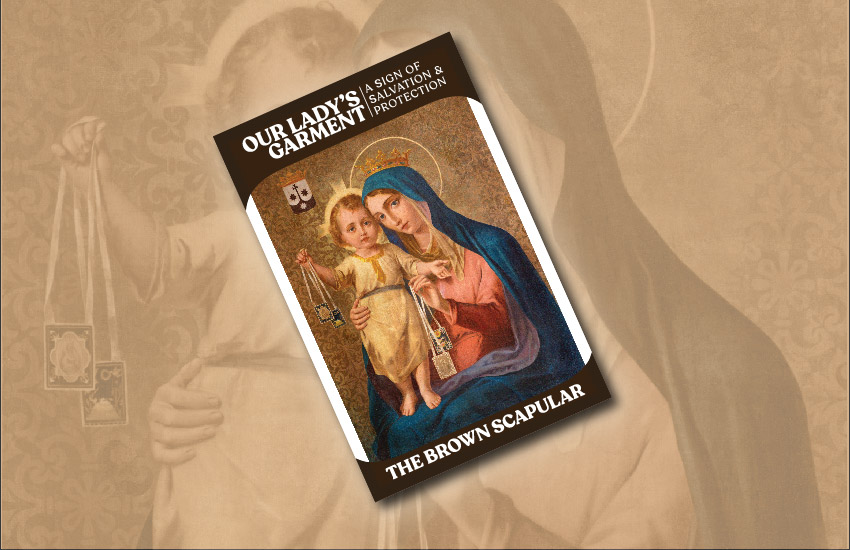 + JMJ + “Accept this Scapular. It shall be a sign of salvation, a protection in danger, and…
byThe Fatima Center
1 share
1
0
0
0
No comments 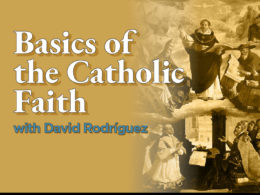