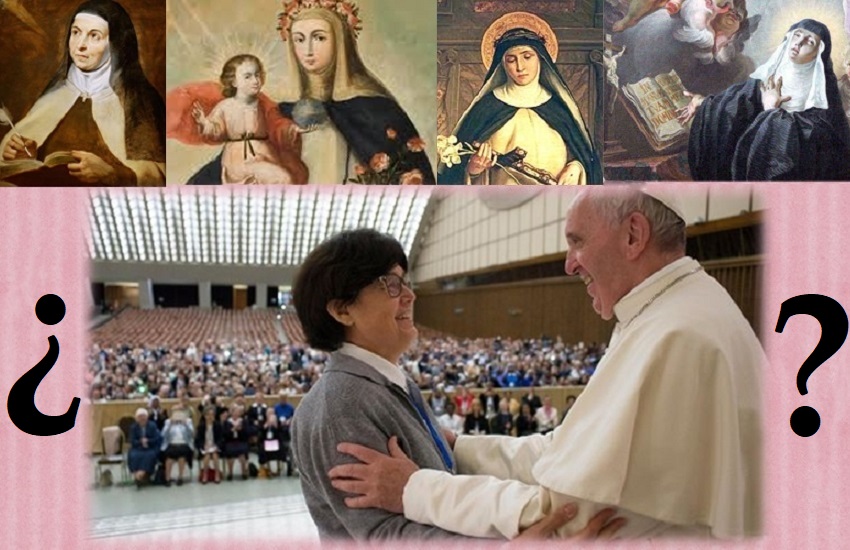 In prior columns I have referred to Pope Francis’ commission on “female deacons” as semi-secret.  That is because, although we know of its existence, its findings have been kept under wraps.   It appears that now we know why.

As LifeSiteNews reported back in March, an advocate of female deacons, the German progressivist theologian Professor Peter Hünermann, admitted that “according to members of the German bishops’ doctrinal commission who spoke to him, the report of the Vatican commission on female deacons found that ‘there is no historical evidence that in the patristics women were ordained as deacons.’”

LifeSite cites an interview in Germany in which Hünermann noted that while the commission issued its report in mid-2018, Pope Francis “has withheld the results for months now,” which Hünermann views as “a sign for me that he does not agree with this statement as it stands.”

Hünermann’s revelation about the commission’s negative finding is what lawyers call an “admission against interest.”  That is, a statement contrary to what the witness would prefer to be true and thus is particularly credible as no one would lie in a way that damages his own position.  Because admissions against interest are considered especially trustworthy — who would lie in order to hurt his case? — they are considered an exception to the rule barring admission of hearsay in court.

Of course, we are not in a court of law, so the admission is good evidence in any event. But there is more.  Hünermann told LifeSite that “Professor [Marianne] Schlosser of Vienna – a student of then-Professor Ratzinger [and a member of the Vatican female deacon commission] – informed the German doctrinal commission about the results of this study [of the commission].” So Hünermann’s ultra-progressive German colleagues know of the commission’s negative finding as well.

As Hünermann notes, the commission’s negative finding reflects the same position held by Cardinal Gerhard Müller, sacked by Francis as Prefect of the Congregation for the Doctrine of the Faith (CDF) at age 69, six years short of the usual retirement age.  As LifeSite further observes, it was Müller who, while still Prefect of the CDF in 2013, stated: “According to Catholic doctrine, the Sacrament of Holy Orders – in its stages bishop, priest, and deacon – can only be validly received by a man.”

And yet, as I noted in my last column, during an in-flight press conference Francis represented that his commission had not come down against women deacons but rather was “not seeing clearly” whether there was a “sacramental ordination” of “deaconesses” and that “there is not certainty that it was an ordination with the same formula and the same finality of men’s ordination. We arrived at a certain point. But now each member of the commission is studying, according to their own thesis. This is good.”

That seems to be a clever way of saying that dissenting members of the commission are now pursuing their own views even if the commission majority has decided against the historicity of female deacons.

There is only one way to get to the bottom of this matter:   produce the commission’s final report, which Francis has apparently had in his possession for more than a year as even an opponent of its findings has admitted.

Is Francis hiding a report that contradicts his plan for some kind of female deaconate coming out of the Synod on the Amazon? Is this yet another example of how he intends to get what he wants while using whatever apparatus he sets up to give the appearance of “dialogue” and “consensus” — as we have seen with the previous sham synods?