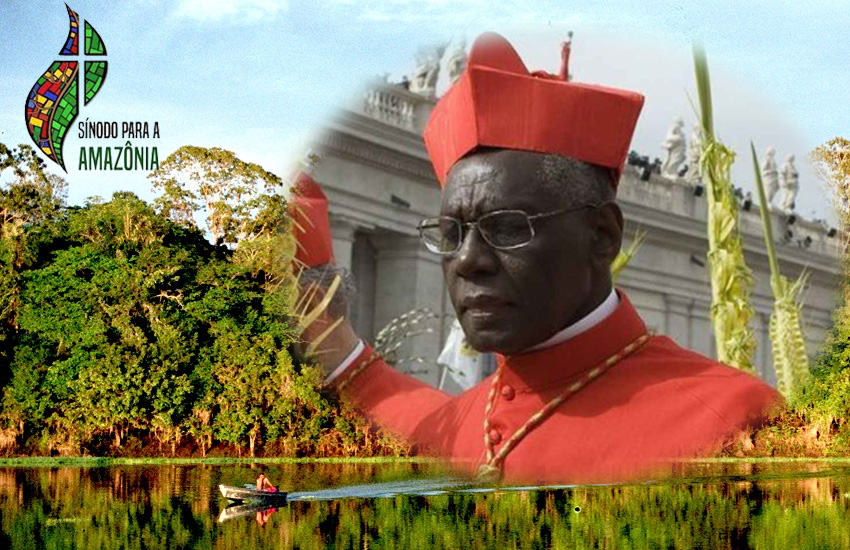 In an interview with Gloria TV at Lake Garda back in July, I warned that the seditious Synod on the Amazon is evidently designed to provide an opening to married priests by ordaining elder married men with families to the priesthood for the Amazon region, and that these married priests, lacking any theological formation, would constitute a novel lower-grade priesthood without authority to teach or govern, but only to administer the sacraments. The result would be the ecclesiastical equivalent of utility players on sports teams, assuming it were even possible theologically to ordain a priest with only one of the powers of the priesthood (to sanctify, but not to teach and to govern).

Now no less than African Cardinal Robert Sarah – who is still, remarkably enough, Prefect of the Congregation for Divine Worship – has sounded the same warning. In his latest book (key passages translated by LifeSiteNews) the Cardinal protests that “It would be a mark of contempt of the inhabitants of the Amazon to offer them second-class priests.” As the Cardinal explains:

“I know that some theologians, such as Father Lobinger [cited favorably by Francis here – is anyone surprised?], are seriously considering creating two classes of priests: one would be constituted by married men who would only give the sacraments, while the other would be constituted by fully-fledged priests exercising the three priestly offices: sanctifying, preaching and governing.

“This proposal is theologically absurd. It implies a functionalist conception of the priesthood, in that it considers separating the exercise of the three priestly offices, the tria munera… I do not understand how one can engage in such theological regressions. I believe that, under the guise of pastoral concern for poor mission countries lacking priests, some theologians are attempting to experiment with their whacky and dangerous theories. Basically, they despise those peoples….”

If, as its own Instrumentum Laboris indicates, the upcoming Synod were to adopt this absurd novelty as well as inventing new “ordained ministries” for women, “it would definitively break with the tradition of the Latin Church.” Moreover, as the Cardinal observes: “Who can honestly say that such an experiment, with its risk of adulterating the nature of the priesthood of Christ, would remain limited to the Amazon?”

The Cardinal righty assesses that this Synod is but another symptom of an ecclesial malaise that is reducing the human element of the Church to a Pelagian enterprise in which merely human works constituting utter novelties replace the bimillenial ensemble of intimately bonded apostolic and ecclesiastical traditions, a work of the Holy Ghost, because churchmen simply no longer believe in the Church as a divine institution. Thus, he queries: “I want to make an appeal to my brother bishops: do we believe in the omnipotence of God’s grace? Do we believe that God calls workers to His vineyard or do we want to replace Him because we are convinced that He has abandoned us? Worse still, are we ready to abandon the treasure of priestly celibacy under the pretext that we would no longer believe that He gives us the opportunity to live it to the full today?”

As LifeSite notes, the Cardinal’s book is entitled Le soir approche et déjà le jour baisse (“It is almost evening and the day is now nearly over”). As darkness approaches, one is reminded of those mysterious lines from the Book of Isaiah: “Watchman, what of the night? Watchman, what of the night? The watchman said: ‘The morning comes, and also the night’.” (Isaias 21:11-12) Meaning, as Father Haydock’s commentary explains: “Instead of joy, I must announce dreadful things.”

Instead of joy, the Third Secret of Fatima must also announce dreadful things. But then, as always in Church history, after the dreadful night morning comes again.