2 posts
John Vennari was a writer, researcher, catechist, and editor (for more than 20 years) of the monthly journal Catholic Family News. He authored several books and booklets, including Model of Papal Authority, Pope Saint Pius X; The Revelations of the Holy Face of Jesus; The New Paganism and the War Against Life; Pope John Paul II and the Lutheran-Catholic Accord; Close-ups of the Charismatic Movement; The Permanent Instruction of the Alta Vendita: A Blueprint for the Subversion of the Catholic Church; and A World View Based on Fatima. His many articles have appeared not only in his own journal, but also in Christian Order, The Angelus, The Remnant, The Fatima Crusader, and other publications. He had a television program on FatimaTV called “The Certitude of the Catholic Faith,” and had been interviewed by various Catholic and secular media, including the BBC. He was married and had three children. John passed away on Passion Tuesday, April 4, 2017 – the month and weekday dedicated to the Holy Face. 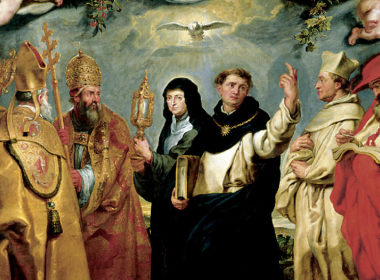 Special Report: The Truth about Communion in the Hand

“Out of reverence for this Sacrament, nothing touches It but what is consecrated.” – St. Thomas Aquinas  Throughout…
byJohn Vennari
No comments 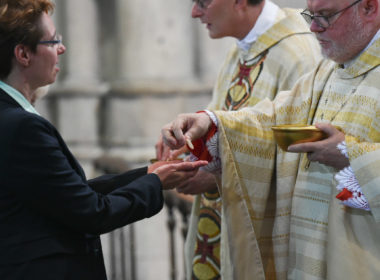 The Truth About Communion in the Hand

“Out of reverence for this Sacrament, nothing touches It but what is Consecrated” – Saint Thomas Aquinas In…
byJohn Vennari
36 shares
34
0
2
No comments