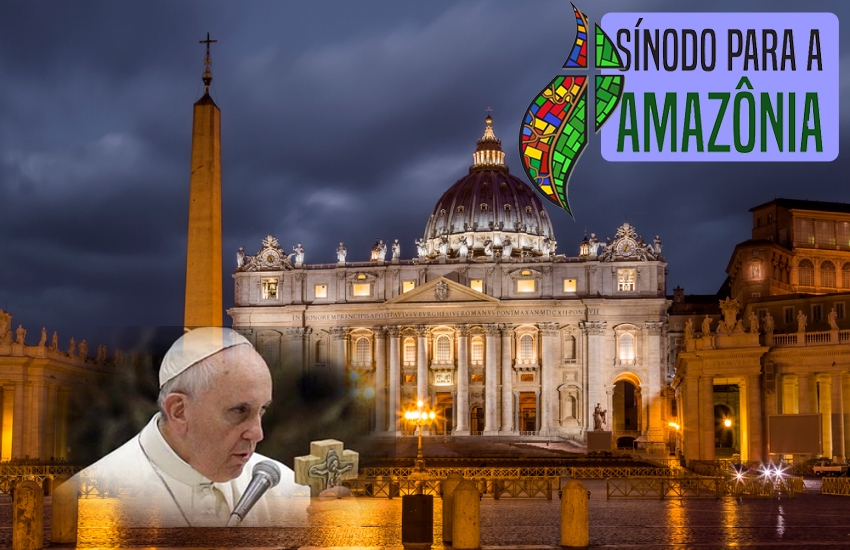 The Synod on the Amazon, another orchestrated sham, is proving to be just as subversive as the worst predictions assumed. As LifeSiteNews reports, on its first working day the Synod’s chairman, Cardinal Clàudio Hummes, made it quite clear that women’s “ministries” and married priests will be front and center in the proceedings.

As if we didn’t know.

In his opening address to the Synod, Pope Francis delivered the now standard narrative that his synods are oracles of the Holy Ghost that convey the latest gnosis for the next ruinous innovation of the Church.  Allow me to translate Francis’ remarks on the matter into plain English:

Translation: “Synod” means bowing to the will of the Pope and the Synod’s stage-managers.

Translation: If the Synod Fathers don’t go along with what Francis and his collaborators have planned, they are sinful people who defy the will of God.

Translation: The Instrumentum Laboris is just the beginning of the proceedings whose outcome is already determined.  Something even worse is in the works.

Translation: And now we will proceed according to the will of Francis, who has already determined what the “Synod” will “decide”.

Translation: No one must resist the outcome that Francis and his collaborators have planned and will stage-manage from start to finish: lady “ministers” and married priests.

What is so remarkable is that Francis has no compunction about declaring that his Modernist sham of a synod is a work of the Holy Ghost when he has to know that no one, not even its proponents, seriously believes this and that even to suggest such a thing involves a presumption that borders on blasphemy.

The invocation of the Holy Ghost in order to cloak Modernist propaganda with the appearance of divine approbation is shameless ecclesiastical demagoguery on the order of a mere politician’s invocation of God’s blessing on a nation that legalizes abortion and wages unjust wars.

They have no shame. But then, they have no credibility either.  All over the world, the faithful know that this Synod is a sham and a threat to the integrity of the Faith.  What these demagogues do have, however, is the levers of ecclesiastical power in their hands.  God only knows what damage they will be allowed to inflict before the apostasy that “begins at the top” is ended and the worst crisis in the Church’s history is reversed.