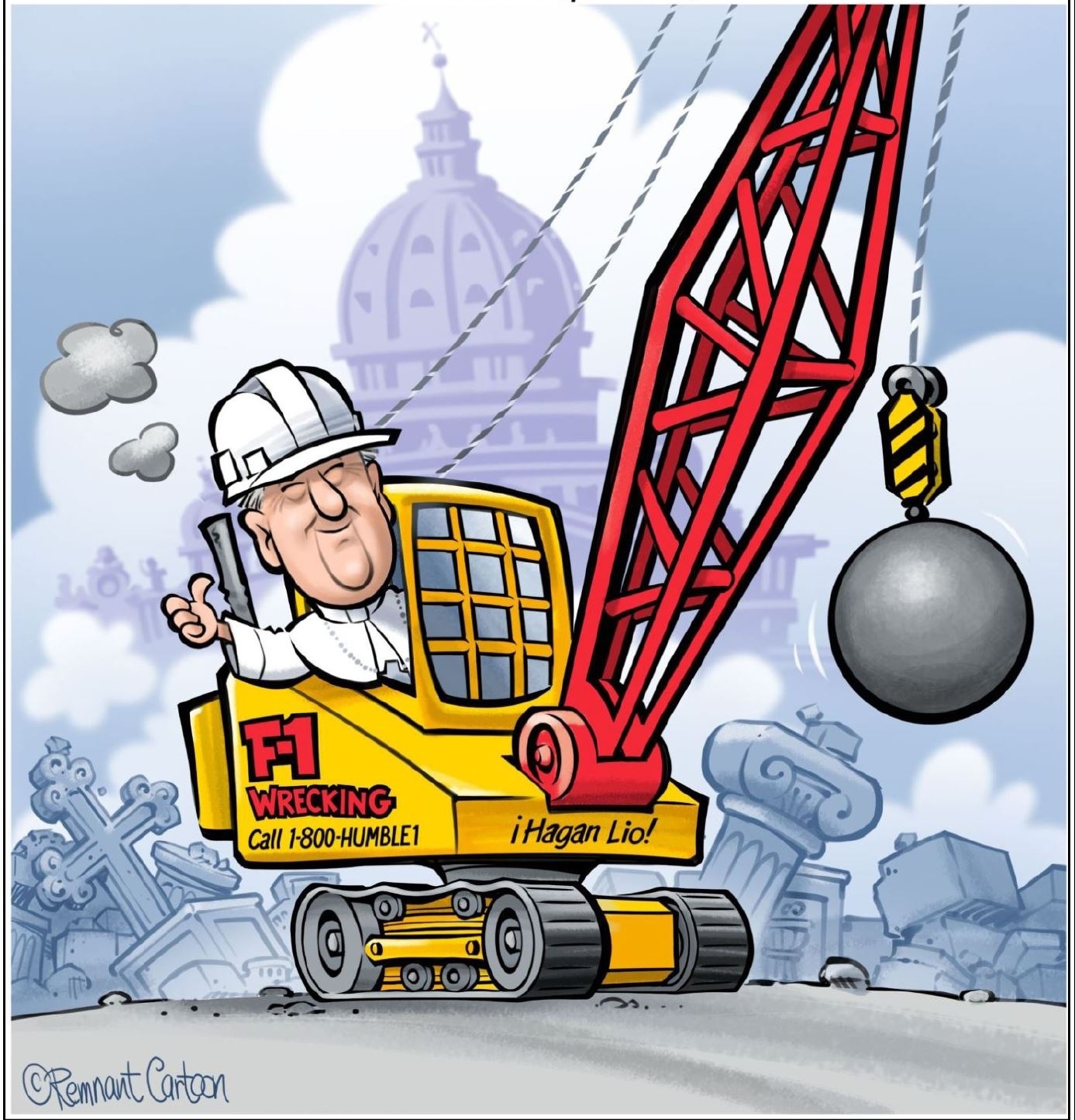 Courtesy of the Remnant Newspaper

In an addendum to their historic eight-page declaration against the errors of the Instrumentum Laboris for the upcoming “Shamazon Synod,” as Michael Matt dubs it, Cardinal Raymond Burke and Bishop Athanasius Schneider finally squarely identify Pope Francis as the ultimate source of “the almost general doctrinal confusion which is reigning in the life of the Church in our days,” which they had hitherto attributed to some sort of malaise of indeterminate origin.

The addendum begins with the usual acknowledgment of the parlous state of doctrine nearly sixty years after the Second Vatican Disaster: “ambiguities regarding the indissolubility of marriage, which is being relativized through the practice of the admittance of persons cohabitating in irregular unions to Holy Communion, due to the increasing approval of homosexual acts, which are intrinsically contrary to nature and contrary to the revealed will of God, due to errors regarding the uniqueness of Our Lord Jesus Christ and His redemptive work, which is being relativized through erroneous affirmations on the diversity of religions, and especially due to the recognition of diverse forms of paganism and their ritual practices through the Instrumentum Laboris  for the coming Special Assembly of the Synod of Bishops for the Pan-Amazon.”

Apart from “erroneous affirmations on the diversity of religions,” which have proliferated since the Council (one thinks of the infamous Assisi events during the reign of John Paul II), the specific developments enumerated in the passage quoted have arisen during this pontificate as its peculiar indices of papally-induced ecclesial decline.

What, then, of Francis?  Finally, Burke and Schneider bring his role into focus:

“For the Pope is the first in the Church to whom applies this admonition of the Holy Scripture: ‘Hold the form of the sound words that you have heard from me, in the faith and love that are in Christ Jesus. By the Holy Spirit who dwells in us, guard the good deposit entrusted to you.’” (2 Tim. 1:13-14)

Unless and until there is direct opposition from members of the hierarchy to the ruinous course of this pontificate, there is no hope, humanly speaking, of a course correction. Perhaps now that these two prelates have finally identified Pope Francis as the source of the particular errors they oppose, other hierarchs will follow their example, which in turn follows that of Saint Paul in his rebuke of the first Pope.  Perhaps, that is, they will do their duty as successors of the Apostles.

Failing that, however, the only remedy for our situation will be from on high, as God undoes the folly and punishes the defection of His ministers.