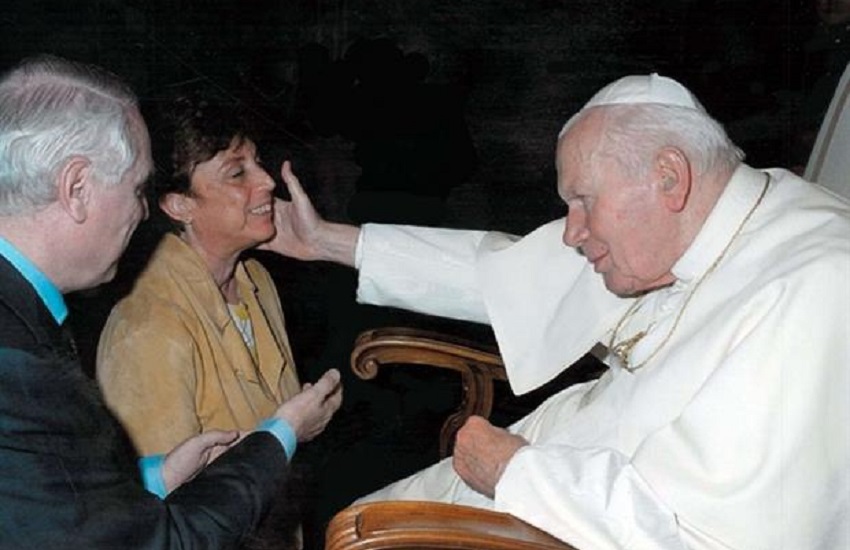 Socci on Bonzi versus Bonino: A Symptom of Ecclesial Heat-Death

(Above: John Paul II and Paola Bonzi, who saved more than 22,000 babies from abortion) 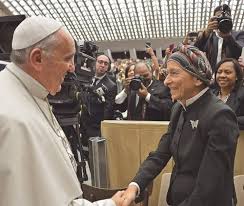 In his not-to-be-missed column (unfortunately available only in Italian), Antonio Socci has led the way in chronicling the quantum leap downward the current pontificate represents in an ecclesial situation that already suggests, were it possible, a church headed toward absolute zero in terms of her apostolic energy and mission in the world.

Symptomatic of the seemingly unavoidable (but divinely reversible) “heat-death” of the Church’s human element is its continuing absorption with worldly affairs and its willing subordination to the political order in general. In this regard, Socci’s most recent column notes that the Italian media are heaping endless praise on Carola Rakete, the German sea-captain who defiantly docked a cargo of illegal and mostly young male “refugees” in Lampedusa, violating Italian law, while the same media ignore the truly heroic figure of Paola Bonzi, the Italian pro-life activist who has, at last count, saved 22,702 innocent children from abortion by assisting their expectant mothers and is still going strong.

“I have never known a mother who regretted not having an abortion,” she explained to Socci. Yet, Socci notes with justified mordancy, it is not Bonzi, but the similarly and ironically named Emma Bonino, who boasts of having personally performed thousands of abortions with a bicycle pump, whom Pope Francis lauds and receives for private audiences.

John Paul II bestowed his personal blessing on Bonzi during a private audience (depicted above). But the pro-life heroine Bonzi, writes Socci, is “an undigestible figure for the current Bergoglian church, which is the clerical appendage of the worldly establishment.” In February of 2016, however, Francis praised Bonino, a mass-murderer of unborn children, as “one of the forgotten greats of Italy today.”

In a recent interview noted by Socci, Francis declared that “Europe must not break apart,” meaning the tyrannical European Union, and that what he calls “populism,” meaning the movement to preserve national identity against the tide of uncontrolled illegal immigration, is being fueled by “speeches that resemble those of Hitler in 1934. ‘Us first. We … We …’ These are frightening thoughts.”

A blatant reference to both Donald Trump and Matteo Salvini, whom this Pope thinks nothing of likening to a genocidal maniac. And it was Francis, as the media were delighted to note, who directed the Vatican to donate $500,000 from Peter’s Pence to subsidize the “caravan” of “migrants” stranded in Mexico during their left-wing-organized attempt to storm the United States border.

What is Francis’s “greatest fear for the planet”? Not divine chastisement on account of civilizational apostasy, but rather “the disappearance of biodiversity, new lethal illnesses, a drift and devastation of nature that could lead to the death of humanity.”

In terms of physics, “heat death” is defined as the process by which, in a closed sytem, “entropy progressively increases toward a maximum value and all parts come into thermal equilibrium at a uniform temperature.” By analogy, the Church in her human element is reaching a kind of thermal equilibrium with the surrounding world, slowly becoming indistinguishable from the world in terms of its concerns and activities.

But the Church is not a closed system, nor any merely human organization. Her power comes from the Holy Ghost and is guaranteed to renew the Church even in the worst of times, as Christ Himself promised. The Church will survive even the worst of pontificates, even this pontificate. Such is the promise and the hope expressed in the Message of Fatima.