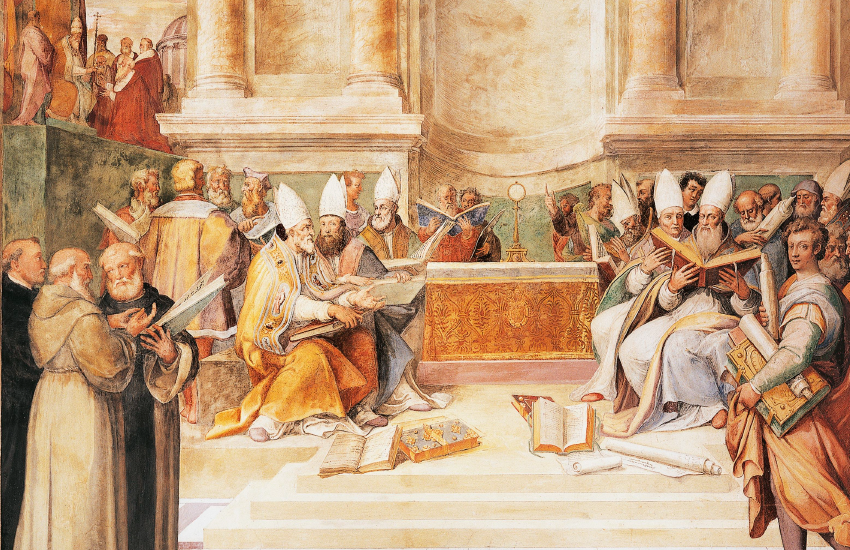 A Revolution to Irreversibly ‘Renovate’ the Church

This article is part of The Fatima Center’s initiative to help all Catholics understand what is taking place through the Vatican’s Global Compact on Education and why it is important for us to fight the battle for Catholic Teaching wherever and whenever we can!

As with many of Pope Francis’ initiatives, such as the Synods on Marriage and the Family (2014, 2015), on the Youth (2018), and on the Amazon (2019), the outcome of this Global Compact has already been pre-determined. The upcoming meeting is simply a formality to rubber-stamp the ideological agenda pushed by global elites and supported by Pope Francis. It will provide a thin veneer of ‘listening, dialogue, and collaboration’ meant to suggest prayerful discernment and ecclesial legitimacy to those willing to be so duped.

Yet make no mistake, this Global Compact on Education is undoubtedly another major and essential step in Pope Francis’ great revolution. Recall that one of Francis’ top advisors, Cardinal Rodriguez-Maradiaga, asserted that Francis aims to enact a ‘deep and total renovation’ of the Church to the point where his changes ‘are irreversible’ (speech given on 20 January 2015 at Santa Clara University). Fr. Adolfo Nicolas, former Jesuit superior, used the same language when stating Pope Francis once told him he hoped to remain as pontiff ‘until his changes were irreversible’ (as reported in Crux on 13 May 2017).

The first major platform in Francis’ modernist revolution was Laudato Si’ (23 May 2015), the encyclical in which he praises ‘mother earth’ (!?), espouses global warming errors, and calls for ‘ecological conversion.’ This document places under the Church’s aegis the agenda of rich and powerful – and pro-abortion – international bodies which seek to enforce universal policies that supposedly ‘protect the environment’ but in reality give them great control over nearly every aspect of people’s lives.[1]

Catholics then suffered the great scandal of Amoris Laetitia (19 March 2106). This post-synodal apostolic exhortation claimed to support marriage and family by honoring the ‘joy of love’. Yet, in reality, it attacked traditional Catholic morality, claimed God may actually will that men commit mortal sins prohibited by the Sixth Commandment, permitted those in public mortal sin to sacrilegiously receive the Blessed Sacrament, and argued that there is good to be found in intrinsically evil and perverse homosexual relationships.[2]

Francis promoted the third major plank of his revolutionary program in the apostolic constitution, Episcopalis Communio (15 Sept 2018). This pernicious document revolutionizes the governance of the Church. It makes the ‘Synod of Bishops’ a permanent institution in the Church and part of the Ordinary Magisterium, despite the fact that this novel body was only first introduced by Pope Paul VI in 1965 as a merely consultative ad hoc group and only includes certain hand-picked bishops. This enables Francis to accelerate his revolution and limits the preventive abilities of more conservative bishops who remain outside the Synod’s select membership.

Through this permanent Synod, the governance of the Universal Church can more easily be hijacked by a small unorthodox liberal minority; and the moral, liturgical, and doctrinal revolution ushered in by Vatican II can now go on indefinitely under the façade of being approved by ‘all the world’s bishops.’

Revolution within the Church

How can these three revolutionary columns not remind us of “Liberté, Egalité, Fraternité,” that blood-drenched battle cry of the Jacobin Revolutionaries who sought to destroy both ‘altar and throne’ in the eldest daughter of the Church, France? These erroneous maxims were paralleled at Vatican II by the spirit of religious liberty, ecumenism and collegiality.

Yet, under Francis they have been exponentially intensified. Laudato Si’ ushers in a new ‘equality’ between the human being, made in the image of God, and the supposed dignity of animal, plant and inanimate creation which God created for man. Amoris Laetitia rationalizes the moral ‘liberty’ which pagans, deviants, and avowed atheists have long clamored for. And Episcopalis Communio creates the illusion of ‘fraternity’, when it is patently clear that some comrades are in fact more equal than others.

The Catholic faithful saw all these elements of Francis’ revolution at work during the Amazon Synod. Select bishops directed the entire staged proceedings so as to deliver the desired outcome. The door was opened to deaconesses, married priests, and experimental liturgical rites based on ‘inculturation’ and ‘ecumenism’. Sins against the rainforest were lambasted and atheists who “died for the trees” were lauded as modern-day martyrs. Idolatry was even introduced into St. Peter’s Basilica with the ‘Pachamama’ idol, a ‘fertility goddess’ that demands animal and human sacrifice, promotes lewd behavior, and is depicted in some Andean myths as a dragon living beneath the earth.

This coming October, Francis’ three revolutionary columns will once again be hard at work supporting the diabolically disoriented Global Compact on Education. Before looking at what faithful Catholics the world over need to brace themselves against in this luciferian pact, we should briefly review some of the most salient points regarding true Christian Education.

Catholic education is imperiled now more than ever before – by the very ones whom Our Lord has placed over His Flock to preserve the light of faith in this world! Please help us to ensure that future generations of Catholics receive the formation they need. Much suffering can be spared – for us, for our children, for the world – if only Christ our King is rightly honored and His Mother is obeyed!

[1] You can view ‘Care for the Environment: The New Greatest Commandment?,’ an informative critique of Laudato Si’ by Chris Ferrara, at The Fatima Center’s YouTube channel.

[2] Fr. Albert, O.P. explains the errors of this document in ‘Amoris Laetitia and Catholic Teaching on Marriage and Family Life’, at The Fatima Center’s YouTube channel.