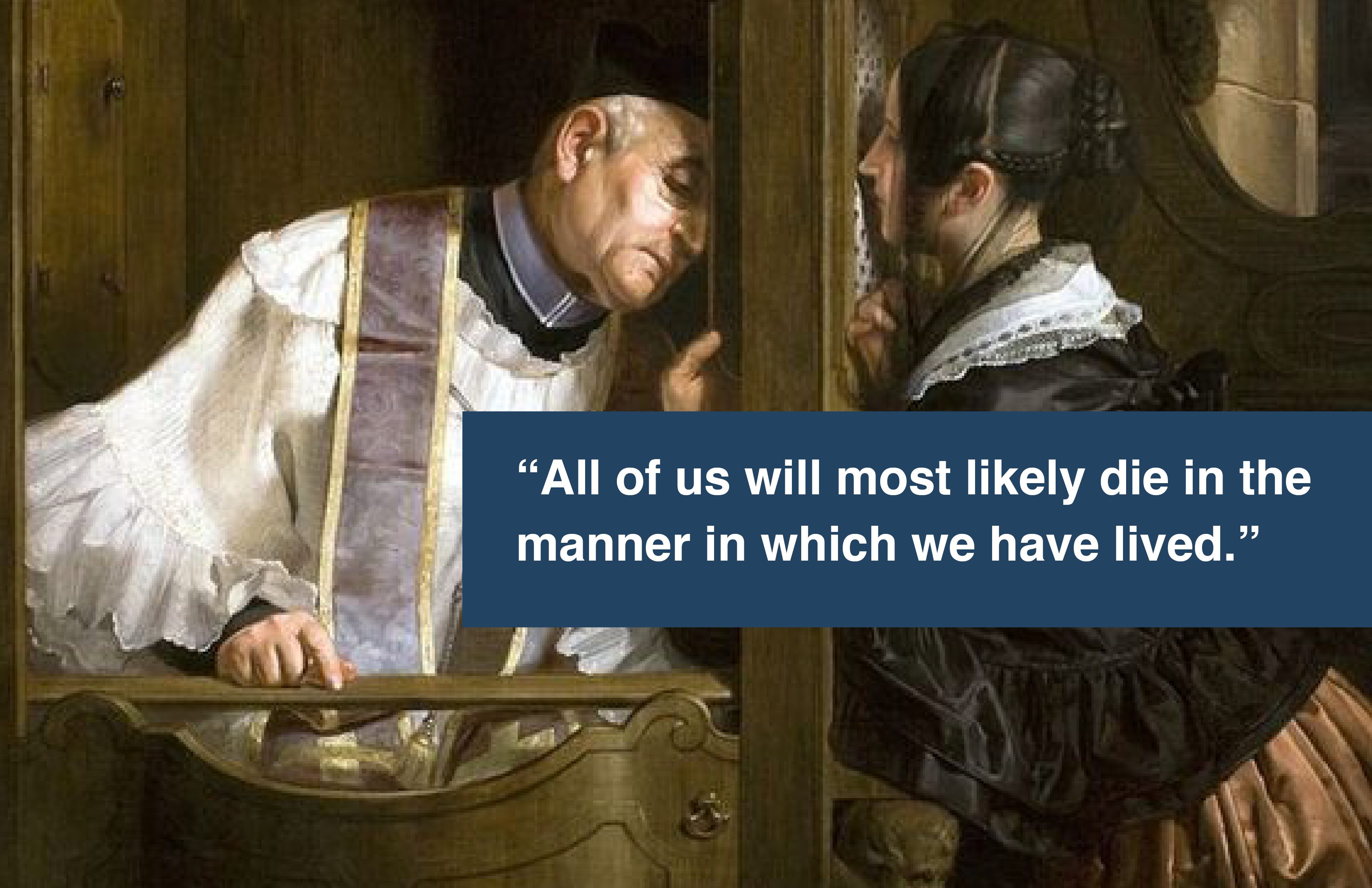 What Are the Ways to Receive Forgiveness for Mortal Sin or Venial Sin?

Given that this is Holy Week, when Holy Mother Church calls us to meditate profoundly upon the Passion and Death of the Incarnate God, by which Our Savior made adequate satisfaction for all sins and merited man’s redemption, it seems appropriate to consider the topic of how our sins, especially mortal ones, are forgiven in the here and now.

The Forgiveness of Mortal Sins: The Sacrament of Confession

The Sacrament of Confession is the ordinary means that our Divine Lord has established so that we may receive forgiveness for our sins. This means that ordinarily only in Confession can a soul in the state of mortal sin be restored to a life of grace and friendship with God. This is in accordance to how God has ordered the spiritual world to work.

What can those do who may not have access to the Sacrament of Penance? If someone is in a distant land or on a military battlefield and dying, what can they do? We do well to even ask, what should we do if we become ill with a virus and feel life slipping away and fear that no priest will be able [or allowed] to hear our Confession?

In such situations, we are reminded that God has infallibly bound His sanctifying grace to the Sacraments, but He Himself is not bound by His Sacraments. God’s grace is His free gift and He can choose to give it to whomever He pleases, whenever, and however. We would expect this, because He is God Almighty. St. Maximilian Kolbe wrote to his followers shortly before WWII:

“Whoever can, should receive the Sacrament of Penance. Whoever cannot, because of prohibiting circumstances, should cleanse his soul by acts of perfect contrition: i.e., the sorrow of a loving child who does not consider so much the pain or reward as he does the pardon from his father and mother to whom he has brought displeasure.”

The Forgiveness of Mortal Sins: An Act of Perfect Contrition

Thus, there is one additional means by which to receive forgiveness: an Act of Perfect Contrition. This too is the only way we know of that a Protestant, who has a valid Baptism, but never avails himself of Confession, can be saved. However, we should emphasize that humans do not have the ability to know if a Perfect Act of Contrition is being made, either by one’s self or another. This is completely under the knowledge, purview, and judgment of Almighty God. Furthermore, St. Alphonsus Liguori, Doctor of the Church and noted for his writings on Moral Theology, teaches that all of us will most likely die in the manner in which we have lived. Thus, if we spend most of our life living in a state of grace and doing our best to be in the state of friendship with God, we will most likely die in that state. If, however, we spend the vast majority of our life in original or mortal sin, we will most likely die in that most wretched and miserable state.[1]

We know that there is no salvation outside of the Church, but for those souls who will die seemingly separated from the Church, we must pray and offer penances, that they might receive the grace to make a perfect Act of Contrition, repent of their sins, and long for union with God and His Church. Thus, by a special grace, they might ‘cheat’ the devil and merit a crown of glory. There have been instances, testified to by saints, where our Blessed Mother has interceded to provide such a singular grace. In these instances, it behooves us to entrust ourselves – and our loved ones – entirely to the perfect, just, merciful and loving providence of God.

Contrition – Necessary for the Forgiveness of Sins

Regarding contrition, the Catholic Encyclopedia states: “Catholic teaching distinguishes a twofold hatred of sin: one, perfect contrition, rises from the love of God Who has been grievously offended; the other, imperfect contrition, arises principally from some other motives, such as loss of heaven, fear of hell, the heinousness of sin, etc. (Council of Trent, Sess. XIV, Ch. Iv, de Contritione).”

While those who are dying without Confession and with mortal sin on their souls will need to make such a perfect Act of Contrition in order to avoid hell, we too can seek to make perfect acts of contrition whenever we sin, even if we plan to soon seek out the Sacrament of Confession and receive absolution. (Note that one of the conditions for a Perfect Act of Contrition, certainly for those who know about Confession, is the sincere desire to receive Sacramental Confession as soon as possible.) 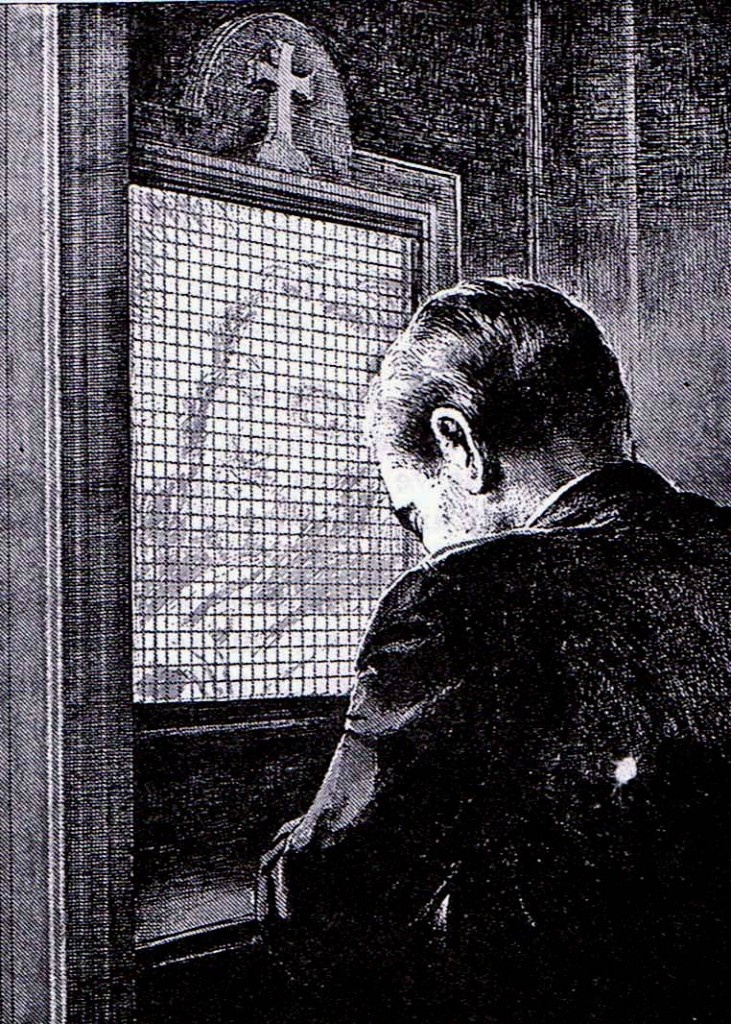 The Formula for an Act of Contrition:

“O my God, I am heartily sorry for having offended Thee, and I detest all my sins, because I dread the loss of Heaven, and the pains of hell; but most of all because they offend Thee, my God, Who are all good and deserving of all my love. I firmly resolve, with the help of Thy grace, to confess my sins, to do penance, and to amend my life.”

The perfect act of contrition, though, is not just a mere fact of saying this prayer. It truly requires the proper disposition of being detached from all sins – even venial sins. It is not an easy thing to do, especially for those who sin habitually throughout their lives.

Even if you are in good health now, make a resolution to pray three Hail Mary’s every day to ask for the grace to die in the state of grace with Last Rites.

The Forgiveness of Venial Sins

What has been mentioned so far is the forgiveness of mortal sins, those that would deprive a soul of Heaven. The Sacrament of Confession and perfect Acts of Contrition are both able to remove mortal sins and venial sins. But is there a way to remit venial sin by itself? There actually is.

However, an important clarification: assuming a person has both mortal sin and venial sin on his soul, it is not possible to remove only the venial sins this way and leave the mortal sins for the Confessional. Why? St. Thomas Aquinas explains:

“As stated above (III:87:3), there is no remission of any sin whatever except by the power of grace, because, as the Apostle declares (Romans 4:8), it is owing to God’s grace that He does not impute sin to a man, which a gloss on that passage expounds as referring to venial sin. Now he that is in a state of mortal sin is without the grace of God. Therefore no venial sin is forgiven him.” (Summa Theologica, Third Part, Question 87: The remission of venial sin, Article 4)

For those who have only venial sins on their souls, the Angelic Doctor continues by explaining what are the means for remitting venial sins:

“No infusion of fresh grace is required for the forgiveness of a venial sin, but it is enough to have an act proceeding from grace, in detestation of that venial sin, either explicit or at least implicit, as when one is moved fervently to God. Hence, for three reasons, certain things cause the remission of venial sins: first, because they imply the infusion of grace, since the infusion of grace removes venial sins, as stated above (Article 2); and so, by the Eucharist, Extreme Unction, and by all the sacraments of the New Law without exception, wherein grace is conferred, venial sins are remitted.

“Secondly, because they imply a movement of detestation for sin, and in this way the general confession [i.e., the recital of the Confiteor or of an act of contrition], the beating of one’s breast, and the Lord’s Prayer conduce to the remission of venial sins, for we ask in the Lord’s Prayer: ‘Forgive us our trespasses.’

“Thirdly, because they include a movement of reverence for God and Divine things; and in this way a bishop’s blessing, the sprinkling of holy water, any sacramental anointing, a prayer said in a dedicated church, and anything else of the kind, conduce to the remission of venial sins.” (Summa Theologica, Third Part, Question 87: The remission of venial sin, Article 3)

While it is not possible to receive forgiveness for mortal sins except in Confession (or extraordinarily in a perfect act of contrition), our venial sins can be remitted outside of Confession. Again, only God in His perfect judgment determines the quality and quantity of venial sins which might be remitted from any soul by these various means.

May knowledge of these basic truths of the Faith bring you consolation and encourage you to share them with others. And if you find yourself away from the Sacrament of Confession, especially due to the COVID-19 crisis, do not lose heart!

The Confiteor, the Our Father, and blessing ourselves with Holy Water – among other sacramentals – can all remit venial sin. Make use of these prayers and sacramentals at your disposal which have the power to remit venial sin. Pray (use) them with fervor, piety, and faith! Beg God too for the grace to increase your fervor, piety and faith, that they may thereby be even more effective in cleansing your soul of the smallest stain and temporal punishment due to sin.

And, should you have the misfortune to fall into mortal sin, use any means available to find a priest who can hear your Confession. And, in the meantime, strive as hard as you can to make a perfect Act of Contrition.

[1] Fr. Isaac Relyea has recently addressed this issue of an Act of Perfect Contrition in “Questions Regarding the Coronavirus Situation” and in his Lenten Mission on “The Four Last Things” (video here / audio here).