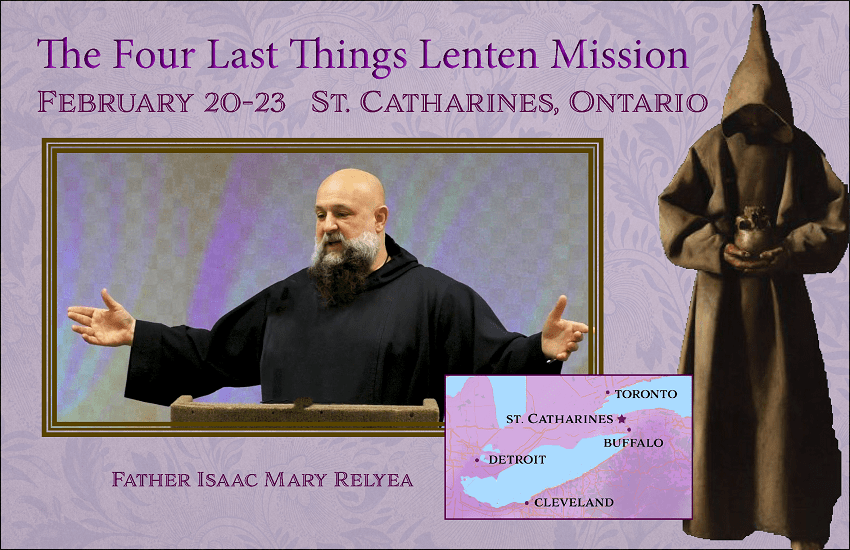 In preparation for Lent, The Fatima Center hosted a traditional Parish Mission on The Four Last Things – Death, Judgement, Hell and Heaven. The conferences were preached by Father Isaac Mary Relyea in St. Catharines, Ontario, Canada on February 20 – 24. Each conference was preceded by the prayer of the Holy Rosary with hundreds in attendance over the course of the four days.

Preaching alongside the miraculous National Pilgrim Virgin of Fatima statue, Father Isaac’s magnificent instruction – in his typical but unique hard-hitting style – on preparing for the time of final reckoning captured the attention of the attendees. There were no nodding heads or drooping eyelids to behold as he gave testimony to true Catholic teaching. As one attendee stated, when Father Isaac speaks, he has a way of making every person in the room feel like he is talking directly to them. Attendees lined up each day after Father’s talk, waiting for the opportunity to have a personal discussion with him and seek his counsel. Some of the faithful travelled hundreds of miles within Canada and from the United States, and all expressed their appreciation and joy at having been given the opportunity to be present.

If you were unable to attend, we encourage you to make a ‘virtual’ Lenten Mission on your own by:

(1) Watching (or listening to) Father Isaac’s conferences, one per day and in the order they were given; (2) Assisting at Mass, if possible, on each of those four days; (3) Making a good (perhaps even general) Confession; (4) Striving for increased recollected silence, including a daily prayerful meditation on the conference theme of the day; and (5) Offering extra prayers and penances throughout each day. 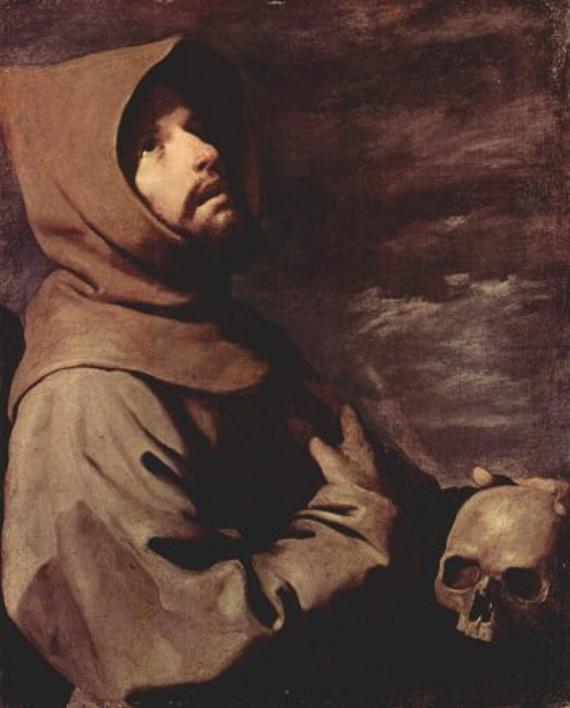 A stirring wake-up call to modern society, which has desensitized itself to the realities of sin, death, man’s immortal soul, and the life hereafter!

In this powerful Mission which focusses on our eternal destiny, Father Isaac follows the wisdom of the saints such as St. Alphonsus de Liguori and St. Leonard of Port Maurice. Assisting at this Mission has helped many people: it has brought about conversions, changed life-styles, increased fervor, and helped people commit themselves to living a life centered on Christ.  One of the reasons Fr. Isaac Relyea is so well-known is on account of this Mission, but he has not given it since 2013. For this reason, we thought it would be extremely beneficial to many souls to ask Fr. Isaac to give this Mission one more time and to capture it on video.

We thank Our Lord, Our Lady, and all our supporters for enabling The Fatima Center to host this singular event.