IN UNION WITH ALL THE BISHOPS

It seems that now – hour after hour – we are receiving “breaking news” from the Vatican regarding the upcoming Consecration of Russia and Ukraine to the Immaculate Heart of Mary on March 25, 2022.

Pope Francis will invite all the world’s bishops to join this Consecration. This was unequivocally confirmed by Catholic Family News, as they reported that Archbishop Christopher Pierre, Apostolic Nuncio to the U.S.A., informed His Excellency José Gómez, Archbishop of Los Angeles and current SCCB President, that the Pope will in fact be inviting each bishop, or the equivalent (as defined in Canon Law), together with his priests, to join in this Consecration. You can verify that communication and see the official Vatican document HERE.

[1] In inviting the bishops and not commanding them to participate, Pope Francis leaves open the possibility that some bishops will not accept the invitation. Father Gruner long held that, to make it a sure thing, the Pope who wanted to do the Consecration requested by Our Lady of Fatima should command the bishops[1] to participate and accompany this command with the canonical penalty of loss of episcopal office for failing to do so.  In that way, those who failed to consecrate Russia would no longer be bishops for that reason and all the Catholic bishops of the world would have consecrated Russia.  Unfortunately, such an act from Francis is highly unlikely in the post-Vatican II environment of ecclesial collegiality and dialogue.

Even if all the world’s bishops participate in the Consecration on March 25th (and that is a big ‘if’ at this point), some serious concerns still remain:

[2] What text will be used for the Consecration? This is absolutely essential because it must be a true and proper consecration. We hope that the Vatican will publish it soon. The Fatima Center has long advocated a Consecratory prayer based on the prayer used by the Portuguese bishops to consecrate their nation in 1931. (Below you can find a prayer recommended by The Fatima Center.)

[3] Is it a ‘valid’ consecration if both “Russia and Ukraine” are mentioned? I addressed this question previously. We know that Russia is the one meant to be singled out. Yet I can see how the matter might be somewhat confused, especially since in 1917 when Our Lady appeared and in 1929 when Our Lady said it was time for the Consecration, Ukraine was part of Russia. In other words, we’re not talking about Russia and Canada or Russia and ‘the world’. On this matter, I can see its both ways. I recommend that we simply entrust the matter to the mercy and providence of Almighty God. (If points 1, 2 and 4 were addressed correctly, then I suspect 3 would also be adequately accounted for.)

[4] Will Pope Emeritus Benedict XVI join this Consecration? We certainly hope and pray that he does. No matter what anyone thinks about who is pope, Josef Ratzinger without a doubt remains a bishop. Thus, the invitation from Francis naturally extends to him.[2] If Benedict joins the Consecration, then it becomes much harder for anyone to argue ‘the Pope did not perform the Consecration.’ Hence, please pray fervently that Benedict makes this Consecration as well. We all certainly desire and await positive confirmation of his participation in the Consecration.

We Catholic faithful must do everything in our power temporally and spiritually to effect a proper Consecration of Russia in accordance with Our Lady of Fatima’s request:

1) Call (or fax or hand-deliver) and e-mail your bishop to petition him to accept the Pope’s invitation and consecrate Russia on March 25, 2022. You can also give him a copy of the prayer based on the 1931 Consecration of Portugal.

2) Hand-deliver (or fax, e-mail or call) your priest to petition him to join the consecration and to encourage his bishop and his parishioners to do the same.

3) Storm Heaven with your prayers (particularly the Holy Rosary) and offer penances for the intention of a proper Consecration of Russia.

4) Pray The Fatima Center’s Novena for the proper Consecration of Russia.
Day 1 of the Novena is prayed by Fr. Linus Clovis (At Our Website, Rumble, YouTube, Podcast).

5) Tomorrow, March 19, is the great feast of St. Joseph, and this month of March is dedicated to him. He appeared with Our Lady and Our Lord during the great Miracle of the Sun on October 13, 1917. He, more than anyone, leads us to Our Lady, for no one has ever been more devoted to Her Immaculate Heart! Pray his litany and continue to seek his intercession for a proper Consecration of Russia, for he is powerful with God indeed.

Immaculate Heart of Mary, give peace to the world and convert Russia!

[1] “The moment has come in which God asks of the Holy Father to make, and to order that in union with him and at the same time, all the bishops of the world make, the consecration of Russia to My Immaculate Heart, promising to convert it because of this day of prayer and worldwide reparation.” (Our Lady of Fatima to Sister Lucia, June 13, 1929; cited in Frère Michel de la Sainte Trinité, The Whole Truth About Fatima, Vol. II: The Secret and the Church, (Buffalo, Immaculate Heart Publications, 1989), p. 555.)

[2] Regarding the participation of the bishops, Sister Lucia stated: “So that the bishops of the world be united to the Pope in this Consecration of Russia to the Immaculate Heart of Mary, the Pope must either convoke all the bishops to Rome, or to another place – to Tuy for example – or else order the bishops of the entire world to organize, each in his own cathedral, a solemn and public ceremony of Reparation and of Consecration of Russia to the Sacred Hearts of Jesus and Mary.” [Pierre Caillon, La Consecration de la Russie aux Tres Saints Coeurs de Jesus et de Marie, ed. Tequi 1983, p. 31.]

Author
David Rodriguez
David Rodríguez was born and raised in El Paso. As a child, he lived in Bavaria for four years giving him a lifelong appreciation for traveling and the glorious heritage of our Catholic Faith. He is fluent in English, Spanish and German. He graduated as valedictorian from the University of Texas - El Paso with a BS in Electrical Engineering in 1995, and worked in the semiconductor industry. After graduate school in engineering, he spent several years in a diocesan seminary and as a novice in a Cistercian monastery before earning his Masters Degree in Theology from the University of Dallas in 2003. David spent eight years working in parishes, directing religious formation, and in Catholic Radio, hosting call-in apologetic shows in English and Spanish. Since 2012, he has collaborated with the St. Vincent Ferrer Foundation of Texas, a non-profit corporation founded and run by lay traditional Catholics, which exists to help recover and restore our true Catholic Faith. He currently teaches weekly adult catechetical classes in English and Spanish, airs a weekly internet radio show, manages a website, gives monthly seminars in Mexico and the US, and publishes devotional Catholic resources. David has been a Catholic speaker at several conferences and recently served as a tour guide for pilgrims to Our Lady of Good Success in Quito, Ecuador.

David Rodríguez was born and raised in El Paso. As a child, he lived in Bavaria for four years giving him a lifelong appreciation for traveling and the glorious heritage of our Catholic Faith. He is fluent in English, Spanish and German. He graduated as valedictorian from the University of Texas - El Paso with a BS in Electrical Engineering in 1995, and worked in the semiconductor industry. After graduate school in engineering, he spent several years in a diocesan seminary and as a novice in a Cistercian monastery before earning his Masters Degree in Theology from the University of Dallas in 2003. David spent eight years working in parishes, directing religious formation, and in Catholic Radio, hosting call-in apologetic shows in English and Spanish. Since 2012, he has collaborated with the St. Vincent Ferrer Foundation of Texas, a non-profit corporation founded and run by lay traditional Catholics, which exists to help recover and restore our true Catholic Faith. He currently…
View Posts 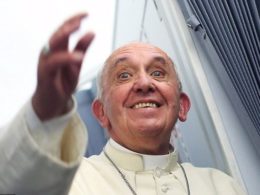 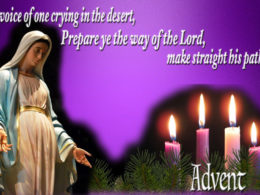 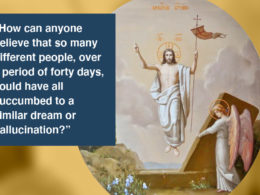