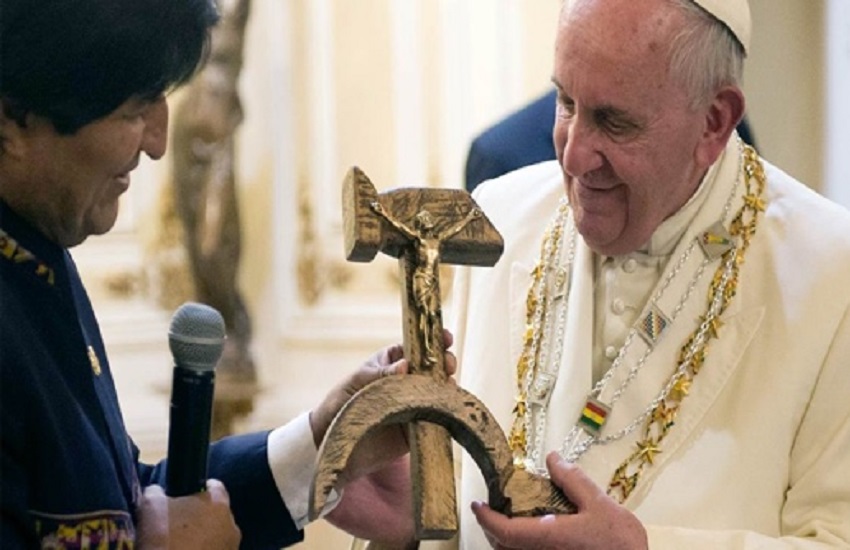 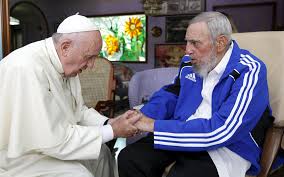 With his endless railing against the rich simply because they are rich, and his endless exaltation of the poor as if poverty equated to sainthood, Pope Francis has presented, not the Church’s authentic social teaching, but rather a Latin American, socialist-tinged caricature of it.

Thus do we hear constant denunciations of the excesses of capitalism, which certainly exist and are condemnable, but never a word of criticism of the even worse excesses of socialism in such places as Venezuela, a once-prosperous nation reduced to economic rubble by the socialist policies of the dictator Nicolás Maduro, forcing the people literally to eat out of garbage cans in order to survive. Speaking of Maduro, Philip Lawler has written: “As Venezuela burns, many Latin Americans ask: ‘Where is Pope Francis?’ The headline on a Catholic World Report essay by Samuel Gregg more or less speaks for itself.  And Sandro Magister of L’Espresso raised essentially the same question …”

In fact, it seems Francis has never met a socialist, or for that matter, communist dictator he does not like, as we see in his relations with the Latin American dictators he has visited, including Fidel Castro and Bolivia’s Evo Morales, who gave him the infamous hammer-and-sickle crucifix (pictured above), which he took home to the Vatican.

Then, of course, there is the communist dictatorship in Beijing, to which Francis has surrendered the rights of the true Church in China and on which he heaped praise in an interview with Asia Times back in 2016, including the following rather revolting encomium:

“I wish to convey my best wishes and greetings to President Xi Jinping [!] and to all the Chinese people. And I wish to express my hope that they never lose their historical awareness of being a great people, with a great history of wisdom, and that they have much to offer to the world. The world looks to this great wisdom of yours. In this New Year, with this awareness, may you continue to go forward in order to help and cooperate with everyone in caring for our common home and our common peoples.”

Go forward?  Care for our common home? The Chinese people are being pushed backward into the pit of hell under a brutal atheist regime that persecutes the Church and forces abortions on women, while China is one of the world’s worst offenders in terms of environmental pollution.

After nearly six years of Pope Francis, the Church’s social teaching on economic justice needs to be rescued from the caricature he has made of it.  The true social teaching is masterfully summarized in two landmark encyclicals: Rerum Novarum (1891) by Pope Leo XIII and Quadragesimo Anno (1931) by Pius XI, promulgated on the fortieth anniversary of Leo’s encyclical. Suffice it to note here the basic elements of that teaching:

These common sense principles — common sense, that is, informed by the Gospel — are a far cry from demagogic pitting of the rich against the poor or utopian demands for the “eradication” of poverty, as if that largely relative state, which varies from place to place and time to time, could ever be eliminated entirely.

As Our Lord Himself declared against those who murmured against the woman who had anointed His head with precious oil rather than selling it and give the proceeds to the poor: “For the poor you have always with you: and whensoever you will, you may do them good: but Me you have not always” (Mk 14:7).  It is that divine wisdom about the reality of human existence after the Fall which underlies the true Catholic social teaching, a teaching that carefully avoids all the extremes which characterize our collapsing post-Christian civilization.