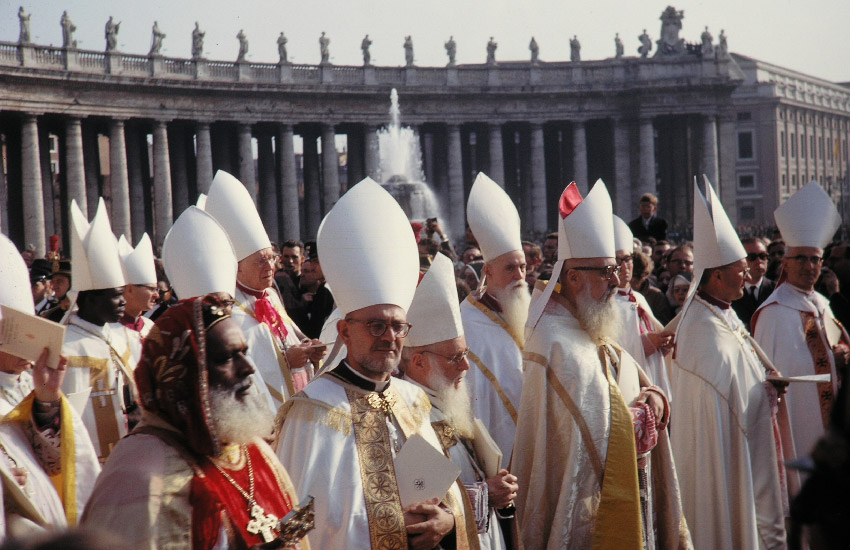 The Italian journal Bussola Quotidiana, in a piece by Giuliano Guzzo, has reported the news — at this point in the post-conciliar debacle is anyone surprised? — that Avvenire, the official newspaper of the Italian bishops’ conference, has published an editorial endorsing the so-called Zan bill, establishing in Italy a national “Day Against Homophobia” and a “national strategy against gender violence.” Meaning, as if anyone didn’t know, any criticism of sodomy and those who practice it or any criticism of sexual perversion generally.

The editorialist for Avvenire, Lucciano Moia, evidently one of those effete sophisticates who now plague the Church at almost every level, argues that while such initiatives have “a high rate of ideological risk … it would be wrong to immediately label them as one-way LGBT propaganda.”

Really? As Guzzo protests: “[B]ut why would it be wrong to brand… LGBT propaganda [such] initiatives as the Day against Homophobia or plans against gender-based violence which, in practice, translate into gender indoctrination in schools? The Avvenire editorialist did not offer the least explanation in this regard.”

Worse, Moia further opines — in the principal journal of the Italian bishops, no less — that what the Zan bill proposes “with balanced management and without extremism could also prove to be excellent educational opportunities.” That is, opportunities to use the schools to break down students’ natural aversion to unnatural vice and replace it with “respect” for “homosexual persons” as such. Which is to say, respect for sodomy and sexual perversion.

To further its aims, the Zan bill, as Guzzo reports, “allocates millions of euros to finance LGBT propaganda in schools and public administrations…” The result, Guzzo warns, will be “a fatal blow to freedom of expression by laying the foundations for an LGBT totalitarianism…”

Guzzo rightly concludes that with the publication of this scandalous opinion piece, the Italian bishops’ conference (CEI) must either “immediately run for cover, explaining that the article does not in any way reflect [CEI’s] editorial line, or the obligatory conclusion is a very bitter observation. That of an Italian Catholic world whose top echelons not only do not intend to fight to stop the Zan bill, but basically already go hand in hand with the latter. Not even a surrender, therefore, but a real betrayal.”

A betrayal indeed. And one that Guzzo aptly terms “liberticide” — the deliberate killing of legitimate freedom of thought in the matter of homosexuality as an intrinsically disordered condition. And the freedom as well to defend the constant teaching of the Church, affirmed even in the Catechism promulgated by Pope John Paul II: