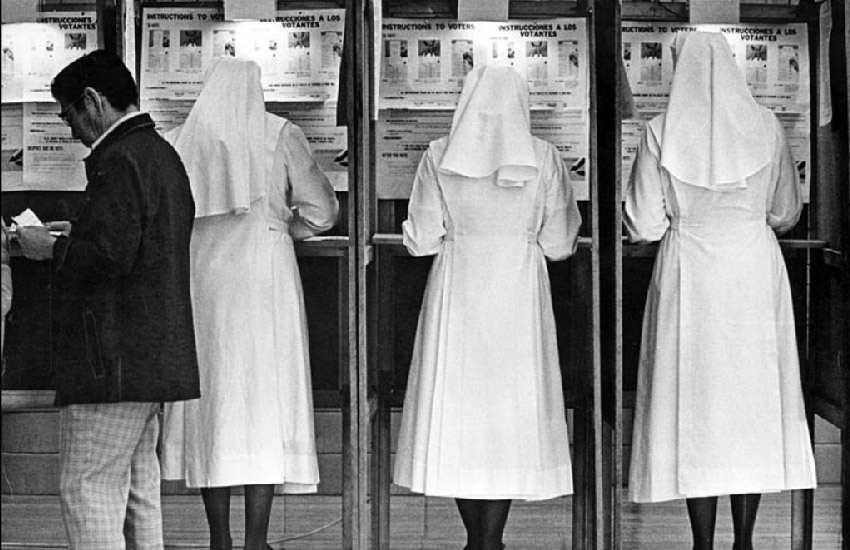 TO VOTE OR NOT TO VOTE

Serious Catholics seem to have a knack for seeing problems everywhere. Because of course there are problems everywhere, and a clear conscience animated by a love of the truth is naturally—or rather, by grace—able to see through the lying seductions of iniquity which abound in this world. (Cf. 2 Thes. 2:10)

And yet maybe sometimes we go too far, painting ourselves into a corner, so to speak, rendering ourselves unable to function as we ought for fear of participating in the evils that surround us.

Case in point: the upcoming Presidential Election. It is being advanced by some Catholic political ‘purists,’ that since it is sinful to perform any evil action, even if it be “the lesser of two evils,” our only licit course in the upcoming General Election (in which both candidates espouse problematic party platforms) will be either to abstain from voting or to write in the name of some unflinching supporter of the Social Reign of Christ the King, such as St. Louis IX of France or St. Ferdinand III of Castile.

Well, let’s back up and take into account three things.

First, it is true that both candidates are supportive of same-gender unions, which are an abomination before God. And yet there is an undeniable, radical difference between these two men—as well as between the political parties which they represent—not only on this subject, but likewise on the subject of abortion, the genocidal murder of the unborn. (We should take care to avoid the misnomer of referring to these topics as political issues, as if the natural law itself or the most basic principles of morality were matters for debate.) There is no question that one of these candidates is poised to do far more damage to the causes of religion and the culture of life than the other.

Second, regarding the morality of voting, citizens do not make themselves responsible for all the acts of their elected representatives.[1] On the contrary, when made to choose between two candidates who each have moral defects in their character or political positions, one can vote for the less extreme of the two as a means of limiting the evil that the more dangerous candidate might bring to a country. “It is sinful to vote for the enemies of religion or liberty, except to exclude a worse candidate…”[2] writes Fr. Henry Davis, S.J., in agreement with all trustworthy moralists. “[I]t is lawful to vote for an unworthy candidate when this is necessary to prevent a greater evil, as when the opposing candidate is much worse…”[3] echo Fathers McHugh and Callan.

And third, like all citizens, we Catholics share in the positive moral duty to vote, which is a grave obligation in times such as ours when so much is at stake. We are by nature social creatures and we have a moral duty to take part in the public life of our nation and to contribute toward the common good of society according to our means, particularly through our right to vote.[4] Pope Pius XII clearly explained that the gravity of this duty is all the more clear due to the anti-Catholic and secular spirit of our age, on which account we as faithful Catholics are called upon to defend the interests of God and the Church by preventing the spread of greater evils through the correct exercise of our right to vote:

“In the present circumstances, it is a strict obligation for all those who have the right to vote, men and women, to take part in the elections. Whoever abstains from doing so, in particular by indolence or weakness, commits a sin grave in itself, a mortal fault. … [T]he voice of conscience obliges every Catholic to give his vote to the candidates who offer truly sufficient guarantees for the protection of the rights of God and of souls, for the true good of individuals, families, and of society, according to the love of God and Catholic moral teaching.”[5]

Again, as the moral theologians put it:

“There is a grave duty of using the privilege granted to citizens of voting in public elections, and especially primaries, since the welfare of the community and the moral, intellectual, and physical good of individuals depend on the kind of men who are nominated or chosen to rule, and on the ticket platforms voted for. Hence, those who neglect to vote cooperate negatively with a serious harm (viz., the evil in power), or at least with public unconcern about public matters—for example, those who neglect through laziness or indifference to condemn by their vote.”[6]

It’s not rocket-science. The common good, so desperately at stake today, depends on the proper exercise of our right to vote, which is therefore an obligation under pain of mortal sin. Neither is that “proper exercise” a convoluted matter, when political issues per se have no bearing in the subjects under contention, reduced as we are to fighting in defense of the most basic principles of the moral law, which incidentally are enshrined in the Natural Law.

It is a de fide teaching, that all men are able to know the Natural Law and are thus obligated by it. One can know this truth from mere common sense, or right reason, alone. Thus, anyone who violates the Natural Law is indeed culpable.

Christopher Ferrara recently observed: “November 4th will be either Day One of Year One of Liberty in America…, or the beginning of another period of reprieve while the revolutionary forces regather for yet another assault in their endless war on the good, the true, and the beautiful—a war in which all the ground we have already lost is humanly impossible to regain. We can only hope and pray for the reprieve…”[7]—during which time, I would add, we can continue to pray and sacrifice for the Consecration of Russia to the Immaculate Heart of Mary, which may still be within reach of our efforts if we can slow the shedding of innocent blood that cries day and night against us.

NOTE: The General Election in the U.S.A. takes place on Tuesday, November 3. In many locations, early voting will begin on Tuesday, October 13. It may be that the secular selection of this date is quite significant, as that is the 103rd Anniversary of the Miracle of the Sun.

[7] Christopher A. Ferrara, “MASK DELUSION: Why That Useless Piece of Cloth on Your Face Means the End of Civil Society,” The Remnant newspaper, August 18, 2020. 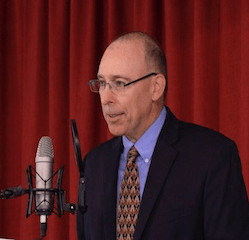