It is with deep sadness that Our Lady’s apostolate received the news of the death of Monsignor Patrick J. Perez (November 18, 2021). He was a long-time promoter of the Message of Fatima and friend of Father Gruner and The Fatima Center for nearly 25 years.

Monsignor Perez spoke at a number of our apostolate conferences and events, including the Ambassadors of Jesus and Mary Seminar in Glendale, California in 2004; World Bishops Conference in Tuy, Spain in 2006; The Only Way to World Peace Conference in Chennai, India in 2008; the 2011 “Consecration Now!” Conference in Rome; and the Path to Peace Conference in Niagara Falls, Ontario, Canada in 2013.

Monsignor Perez also supported The Fatima Center with a number of weekend Rosary Rallies over the years in various locations in California. The long-time pastor of Our Lady Help of Christians Chapel in Garden Grove, CA, held events at his parish which drew large crowds for the National Pilgrim Virgin of Fatima statue and Father Gruner. He wrote articles for The Fatima Crusader, contributed financially, celebrated Apostolate Masses, and his parish served as an outlet for promotion and distribution of Fatima Center literature.

After the death of Father Gruner in 2015, Monsignor Perez offered his assistance and advice to the board of directors and managerial staff of The Fatima Center, and was one of the priests on The Fatima Center Advisory Council of Priests.

Requiescat in Pace, dear servant of Our Lord and Our Lady.

For the Sake of One Soul,
That Validates ALL Our Efforts

Here is one story about Monsignor Perez recounted by Susan Vennari in the 84th Issue of The Fatima Crusader (Winter 2006), page 8.

Our Lady graced those who attended the Last Chance for World Peace Conference with little moments that touched their hearts, gave them insight and inspired them. Sometimes a remark from one of the speakers struck the heart of the listener, other times a day-trip to one of the Fatima sites helped to reach the souls of the observer.

The group set out one afternoon to visit the Dorothean convent at Pontevedra, where the Child Jesus had spoken to Sister Lucia about the Five First Saturdays. The buses parked at a distance from the convent, and the group set out walking through the town toward the convent. A layperson and cassocked priest [Monsignor Patrick Perez] were talking, bringing up the rear of the group.

From a street corner, the priest heard a voice call to him. He turned and saw a derelict resting by the wall. Now the priest was American, but he spoke Spanish. He went over to the man and talked with him, while the layperson watched at a respectful distance.

The man was ill, and dying of cirrhosis of the liver. He asked the priest for a blessing. With the greatest concern for this suffering soul, the priest asked the man if he had been to confession. The man shook his head weakly, he had not.

Reaching into the pocket of his cassock, the priest pulled out a small stole, put it around his neck, and told the man, “I will hear your confession.” And so the poorling who had been bereft of hope or consolation whispered his sins to a priest who helped him dress his soul for the Eternal Banquet.

For many minutes after the priest returned to the group, his eyes were moist. When he finally spoke to his walking companions, he said simply, “Our Lady brought me all the way to Spain for that one soul.”

Please pray for the eternal repose
of the soul of Monsignor Patrick Perez.

O God, Who in the ranks of the Apostolic Priesthood hast caused Thy servant to be invested with priestly dignity; grant, we beseech Thee, that he also may be joined unto the everlasting fellowship of the same Thy priests. Through Christ Our Lord. Amen. (Raccolta #599)

Incline Thine ear, O Lord, unto our prayers, wherein we humbly pray Thee to show Thy mercy upon the soul of Thy servant, Monsignor Patrick Perez, whom Thou hast commanded to pass out of this world, that Thou wouldst place him in the region of peace and light, and bid him to be a partaker with Thy Saints. Through Christ Our Lord. Amen. (Raccolta #600)

Eternal rest grant unto him, O Lord; and let perpetual light shine upon him. May he rest in peace. Amen. (Raccotla, #582) 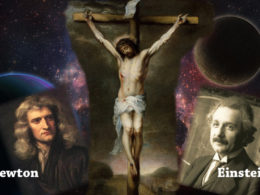 Catholic Apologetics #45 Editor’s Note: All Catholics should be aware of the Church’s clear teaching that “Even though…
byMatthew Plese
26 shares
26
0
0
0
No comments 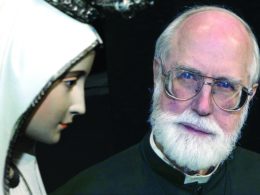 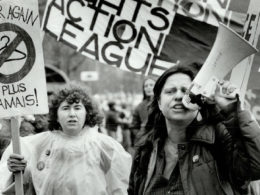 Last week, The Fatima Center took a trip to Ottawa, Canada to participate in the annual March for…
byKennedy Hall
No comments 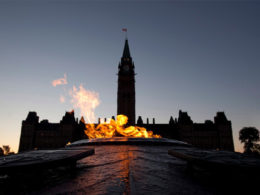 The definition of “Terrorism,” according to Canadian law, is as follows:  “… section 83.01 of the Criminal Code…
byKennedy Hall
One comment