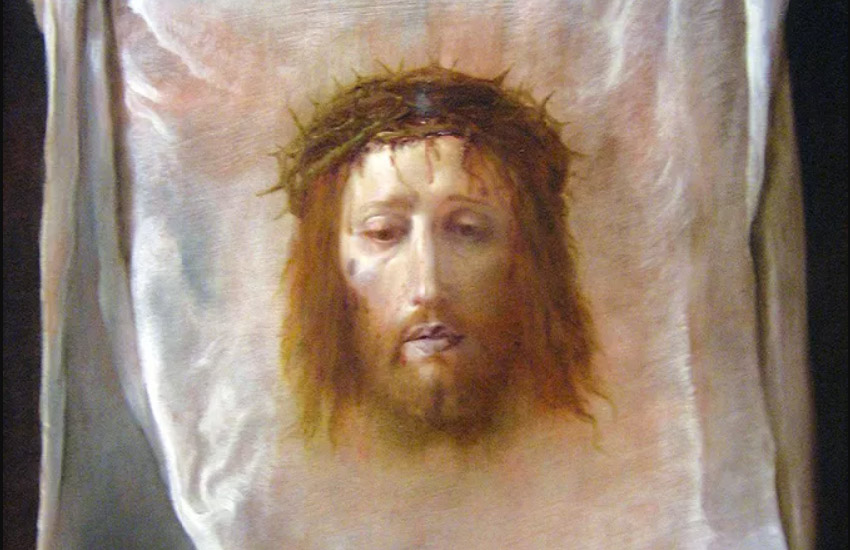 It is our hope and prayer that this Lenten Season each one of our readers will grow in their love for the Cross and make great spiritual progress in the charity of God.
– The Fatima Center

The Lenten fast and all the other penances of Lent (e.g., going to Mass more often during the week, praying the Stations of the Cross every Friday, refraining from parties and celebrations) has consistently declined over the centuries. Yet, Pope Benedict XIV, while relaxing some of the abstinence rules back in the 1740s, called on Catholics to observe Lent as it is the “very badge of the Christian warfare.”

“The observance of Lent is the very badge of the Christian warfare. By it we prove ourselves not to be enemies of the cross of Christ. By it we avert the scourges of divine justice. By it we gain strength against the princes of darkness, for it shields us with heavenly help. Should mankind grow remiss in their observance of Lent, it would be a detriment to God’s glory, a disgrace to the Catholic religion, and a danger to Christian souls. Neither can it be doubted that such negligence would become the source of misery to the world, of public calamity, and of private woe” (Pope Benedict XIV, 1741).

See “20 Practices to Observe During Lent” for ideas on how you and your family can observe a true Lent, making penance for your sins and fulfilling the command of Heaven. Our Lord tells us, as recorded in Scripture, “unless you shall do penance, you shall all likewise perish” (Luke 13:3). And St. John the Baptist announced the coming of the Savior with the ominous admonition, “Do penance: for the kingdom of Heaven is at hand” (Matt. 3:2). We must heed this call, which our Blessed Mother echoed repeatedly in Her apparitions to the children of Fatima.

However, as a crucial reminder, our prayers, fasting, and almsgiving during Lent do not profit our souls if we are in the state of mortal sin. We can gain merit and atone for sin only if we are in the state of grace. Go to Confession often this Lent. Why not aim for every Friday during this penitential season? Giving up dessert (or any other pleasure / luxury) is of absolutely no use if one continues to live in mortal sin. Fasting – even the rigorous fasting that I encourage for Lent – is not useful if we continue to live in sin and fail to practice prayer and almsgiving.

Reparation to the Holy Face

We live in sad, pitiful times where few souls even care to observe Lent. How many people indulge in public sin, lust, and gluttony on Fat Tuesday in a mockery of our ancestors? Nowadays, very few of us fast for all forty days. Yet, people engage in eating on Shrove Tuesday as if there was no tomorrow. It is a mockery of the Faith! How many people fast by “light eating” on Ash Wednesday and then indulge on cheeseburgers on the Thursday after Ash Wednesday, a Lenten feria day!

Even the great liturgist Dom Guaranger wrote of the excesses and sinfulness of Mardi Gras in his own time. And how much worse it is in our own times than his, who lived from 1805 to 1875!

“How far from being true children of Abraham are those so-called Christians who spend Quinquagesima and the two following days in intemperance and dissipation, because Lent is soon to be upon us! We can easily understand how the simple manners of our Catholic forefathers could keep a leave-taking of the ordinary way of living, which Lent was to interrupt, and reconcile their innocent carnival with Christian gravity; just as we can understand how their rigorous observance of the laws of the Church for Lent would inspire certain festive customs at Easter. Even in our times, a joyous carnival is not to be altogether reprobated, provided the Christian sentiment of the approaching holy season of Lent be strong enough to check the evil tendency of corrupt nature; otherwise the original intention of an innocent custom would be perverted, and the forethought of penance could in no sense be considered as the prompter of our joyous farewell to ease and comforts. While admitting all this, we would ask, what right or title have they to share in these carnival rejoicings, whose Lent will pass and find them out of the Church? And they, too, who claim dispensations from fasting during Lent and, for one reason or another, evade every penitential exercise during the solemn forty days of penance, and will find themselves at Easter as weighed down by the guilt and debt of their sins as they were on Ash Wednesday ‒ what meaning, we would ask, can there possibly be in their feasting at ‘Mardi Gras.’

“In our modern world, when sinful indulgence is the rule all year long, it is especially sad to see the annual repetitions of the most decadent carnival celebrations taking place in formerly Catholic cities. But even long ago the need for reparation for such scandalous debauchery was recognized. The Church offered a substitute for frivolous amusements and dangerous pleasures; and those of Her children upon whom faith has not lost its influence, found a feast surpassing all earthly enjoyments, and a means whereby to make amends to God for the insults offered to His Divine Majesty during the days of carnival. The Lamb Who taketh away the sins of the world was exposed upon the altar. Here, on His throne of mercy, He received the homage of them who came to adore Him, and acknowledge Him for their King; He accepted the repentance of those who came to tell Him how grieved they were at having ever followed any other Master but Him; He offered Himself to His Eternal Father for poor sinners, who not only treated His favors with indifference, but seemed to have made a resolution to offend Him during these days more than at any other period of the year.”

It is a shame. It is a public scandal. And Our Lord Himself has asked for reparation. In an apparition of Our Lord to Mother Pierina in 1938, the Lord said:

“See how I suffer. Nevertheless, I am understood by so few. What gratitude on the part of those who say they love Me. I have given My Heart as a sensible object of My great love for man, and I give My Face as a sensible object of My Sorrow for the sins of man. I desire that it be honored by a special feast on Tuesday in Quinquagesima (Shrove Tuesday, the Tuesday before Ash Wednesday). The feast will be preceded by a novena in which the faithful make reparation with Me, uniting themselves with My sorrow.”

Shrove Tuesday is also the Votive Feast of the Holy Face of Our Lord Jesus Christ Deformed in the Passion,[1] a day most worthy of extra acts of reparation. So, let us prepare for a most holy Lent focused on true penance; and as part of that preparation, let us plan to make reparation to the Holy Face using the Golden Arrow Prayer[2] throughout the day on Shrove Tuesday, which this year is February 16th. May we console Our Lord Who is so greatly offended, and may our penance help avert the wrath of God and make restitution for sin:

May the most holy, most sacred, most adorable, most incomprehensible and unutterable Name of God be always praised, blessed, loved, adored and glorified in Heaven, on earth, and under the earth, by all the creatures of God, and by the Sacred Heart of Our Lord Jesus Christ, in the Most Holy Sacrament of the Altar. Amen.

[1] Quoted from the Restore the ‘54 Page: This Feast is not found in the Missae pro Aliquibus Locis of most editions of the Roman Missal. The Devotion to the Holy Face has its origins in the 12th century, with the relic of the Veil of Veronica kept at St. Peter’s Basilica. The different Masses of the Holy Face used today and throughout history honor this relic, which is guarded in the Vatican Basilica. The Mass for this Feast appears in a Missal from St. Peter’s Basilica, Rome, dating from the 1500’s. There is also a Votive Mass of the Holy Face in the Holy Land, which formed the 6th Mass of the “Via Crucis.” In 1889 Leo XIII approved the Confraternity of the Holy Face. Then, in 1910 St. Pius X, through an S.R.C. (Sacred Congregation of Rites) decree, approved a Mass for the Holy Face using the Mass “Humiliavit” (used as the Votive Mass of the Passion for Fridays and the Tuesday within Sexagesima) along with three specially-composed prayers for the Collect, Secret, and Postcommunion. As Fr. Stefano Pedica, O.S.B. writes:

“The Mass of the Holy Face of Jesus was permitted by the Holy Pope Pius X, who desired that it might be the same Mass of the Passion, namely the ‘Missa Humiliavit’ with three ‘appropriate prayers’ shedding light upon and determining the liturgical and theological sense of what is proper and due to the Most Sacred Face of the Redeemer…There appears clearly in the prayers the meaning the Holy See desires, about the devotion to the Holy Face. Veronica is not mentioned in them, as in the ancient prayers, nor is there mention of anything which could in the slightest way give cause to critics to oppose that which Holy Mother Church proposes to the faithful, in ‘lex orandi’ and ‘lex credendi.’ The wording taken from the Old and New Testaments, confers a dogmatic rather than historic value to the cult of the Holy Face. The Votive Mass of the Most Holy Face of Jesus has been requested by very many Religious Communities (particularly the Benedictine-Silvestrines) and in various dioceses throughout the world; showing that the devotion to the Holy Face is always growing and more deeply felt in the souls of the faithful.”

This feast, being one of reparation, also pairs well with the age-old custom of having the Forty Hours Devotion in reparation for Carnival, which ends on this day. The Mass “Propter te sustínui,” which is older than the 1910 prescription for the Missa “Humiliavit,” belongs to the Missals of the dioceses of Fréjus and Marseille (France), and is one of the two Masses used today for the Feast of the Holy Face. Although, with the 1910 decree from the S.R.C., it would be prudent to use the Missa “Humiliavit” with the three proper prayers.

[2] The Golden Arrow Prayer was given by Our Lord Jesus Christ to Sister Mary of St. Peter, a Carmelite nun in France, in August 1843. Sister Mary called it “an Act of Praise that Our Lord Himself dictated to me, notwithstanding my unworthiness, for the reparation of Blasphemy [insulting or disrespectful thoughts or behavior] against His Holy Name.”