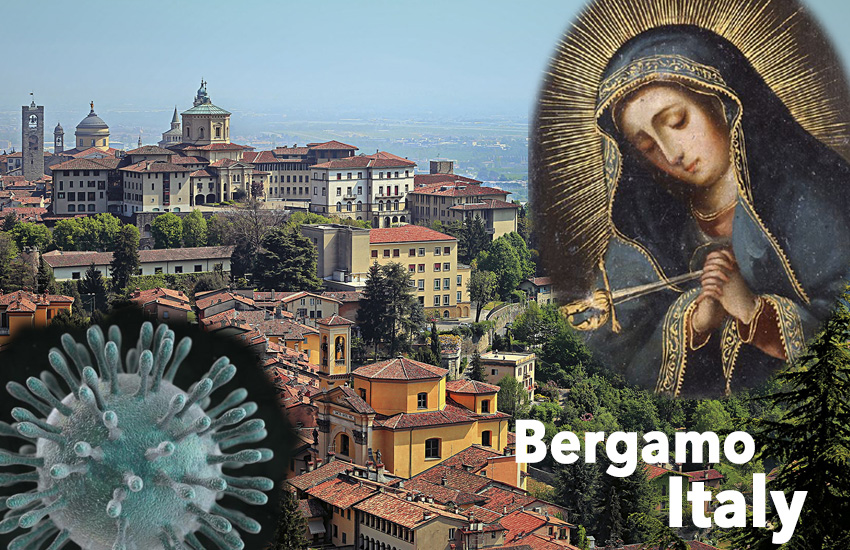 Italy Has Been Chastised. But by Whom?

As things now stand, worldwide the number of reported cases of the viral disease misdescribed as “the coronavirus” — there are many coronaviruses circulating in the world, including the one that causes the common cold — stands at 576,000, while the fatalities attributed to the disease stand at 26,000. That’s a fatality rate of 4.5%, but that is based on a tiny sample of the world’s population of 7 billion with a large selection bias in favor of those who are sick or very sick and have sought medical attention. In fact, among those hospitalized for the common flu, which tend to be the elderly, the death rate is 7-8% as shown here (total flu deaths / total flu hospitalizations).

Assuming quite reasonably that reported cases are only the tip of the iceberg of actual total cases in the world, it may well turn out that the death rate from this particular coronavirus is vanishingly small. And as President Trump’s adviser on the “pandemic,” Deborah Birx, told the press, the only hard and reliable datum on the lethality of the virus is the number of people who have actually died from its effects, a numerator that grows smaller and smaller in relation to the rapidly rising denominator of total cases. Hence Dr. Birx also reported that the death rate for COVID-19 in the United State will likely fall below 1% based on the number of people tested so far.

That said, northern Italy has obviously been devastated by the virus, which has ravaged its very elderly population, always highly susceptible to viral outbreaks as this definitive study shows. But the average age of those whose deaths are attributed to this particular virus is 80, and 99% of that cohort had co-morbidities typical of people who are reaching the end of their earthly lives in any case. Moreover, no less than Prof. Walter Ricciardi, an advisor to Italy’s minister of health, admitted that only about 12 percent of deaths attributed to the virus were directly caused by the virus:

“The way in which we code deaths in our country is very generous in the sense that all the people who die in hospitals with the coronavirus are deemed to be dying of the coronavirus. On re-evaluation by the National Institute of Health, only 12 per cent of death certificates have shown a direct causality from coronavirus, while 88 per cent of patients who have died have at least one pre-morbidity – many had two or three.”

Nevertheless, I find it curious that the hardest hit of the Italian towns in that region was none other than Bergamo, where at least a thousand and probably many more have died during the outbreak. It was none other than the Diocese of Bergamo (among others) that published on its website the following “Prayer to Pachamama,” whose hideous image was idolized during the proceedings of the absurd and scandalous Amazon Synod. Here is the prayer as it appeared on the Diocese of Bergamo’s website (translation by LifeSiteNews): 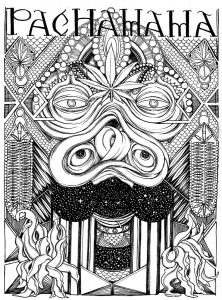 Some have argued that the particularly high death toll from the virus in Italy is a sign of divine chastisement for the pagan idolatry on display in Bergamo and at the Vatican during the Synod, when the revolting idol was paraded into Saint Peter’s itself. I quite agree with one priest I know that Saint Peter’s Basilica ought to be reconsecrated to remedy an unprecedented sacrilege perpetrated with the approval of Pope Francis himself. Never has there been a spectacle like this in the basilica that stands at the very heart of the Church and is situated over the bones of Saint Peter.

But, in my view, what has happened with this virus in Italy and in the world at large is that God has permitted virtually the entire human race to undergo a self-chastisement born of mass panic, lack of trust in divine Providence, and, given the absence of faith, hope and charity in so many, a desperate fear of even the remote possibility of death. All of this has led to a massive failure of the virtue of prudence, as Jeff Mirus has so insightfully explained, resulting in irrational decisions by civil authorities: the lockdown of entire countries and bans on public gatherings, except to buy groceries, work in “essential businesses” and use mass transit, thereby defeating the very purpose of this ludicrous attempt at nationwide quarantines. These foolish decisions have caused immense damage to the temporal common good and unnecessary suffering on the natural level.

As bad as this outcome has been, however, it will be nothing compared to the divine chastisement that will emanate directly from God’s hand, of which Our Lady of Akita warns the world, in line with the Fatima prophecy of the annihilation of various nations:

“As I told you, if men do not repent and better themselves, the Father will inflict a terrible punishment on all humanity. It will be a punishment greater than the deluge, such as one will never have seen before. Fire will fall from the sky and will wipe out a great part of humanity, the good as well as the bad, sparing neither priests nor faithful. The survivors will find themselves so desolate that they will envy the dead.”

That, and no mere viral outbreak, is what our rebellious world should fear. Nor will any vaccine offer protection. But here is what will, as Our Lady said at Akita:

“The only arms which will remain for you will be the Rosary and the Sign left by My Son. Each day recite the prayers of the Rosary.”

The Rosary and the Consecration of Russia to Mary’s Immaculate Heart are the only remedies to avert death by the worst virus of all: the virus of apostasy from God and His Law, which has spread throughout the world and shows no signs of abating.