Many people who consider themselves Christians lament the relentlessly leftward drift of politics in the nation-states of the once Christian West.  Indeed, today’s “conservative” would have been considered a radical liberal only fifty years ago.  Even among what passes for a conservative commentariat in American politics, for example, the abomination of “gay marriage” is now passively accepted as a given.  Yet, only 15 years ago, the likes of Hillary Clinton and Barack Obama were defending marriage as an institution based solely upon the union of a man and a woman, as we see here.

But those who complain about the descent of politics into an abyss of utter depravity need to confront a depraved practice that has taken root even in their midst, although they never seem to notice: contraception.  If one accepts the notion that one may stop up the divine wellspring of life with a pill or a barrier, thus reducing one’s partner to a mere device for the satisfaction of concupiscence, on what ground does one stand to condemn other forms of sodomy?  For a form of sodomy is what contraception is, as even Martin Luther noted in his commentary on the sin of Onan (Gen. 38:9-10), which he described thus: “This is a most disgraceful sin. It is far more atrocious than incest and adultery. We call it unchastity, yes, a Sodomitic sin.”

As Paul VI warned in Humanae Vitae, the practice of contraception — the deliberate frustration of the procreative ordination of the marital act — would “open wide the way for marital infidelity and a general lowering of moral standards.” Moreover, “a man who grows accustomed to the use of contraceptive methods may forget the reverence due to a woman, and, disregarding her physical and emotional equilibrium, reduce her to being a mere instrument for the satisfaction of his own desires, no longer considering her as his partner whom he should surround with care and affection.”

Which, of course, is precisely what has happened to morals and the institution of marriage as Christians increasingly engaged in this depraved practice.

But then there are also the political consequences:  Christians who complain about the parlous state of political life are themselves directly responsible for it if they practice contraception. For, having failed to bring into this world as many souls as God would be pleased to send them, they have vastly diminished the Christian electoral presence.

Imagine how electoral politics would have gone over the past 50 years had those who profess to be followers of Christ, above all those who profess to be Catholics, produced large families of five, six, seven or more children who would be Christian voters today, instead of one or two children that were “planned” with the aid of contraceptive devices.  The Christian electorate would now be so large as to preclude the leftist tyranny that now dominates the Western politics.

Even countries like Hungary have managed a kind of Christian political resurgence despite the prevalence of contraception among Christians.  But imagine the political power that could be wielded in Hungary and throughout Europe and the United States if the Christian electorate were now two or three times larger and composed of people who take seriously the divine and natural law and the corresponding teaching of the Church regarding marriage and procreation.  Truly, it would be a different world.

If one wishes to understand what the Social Kingship of Christ means in practice one need only conduct a thought experiment:  Suppose that everyone who professes to be Christian had actually followed the Gospel of Christ over the past 50 years by rejecting contraception and allowing God to plan their families.  Would not society be in a vastly better condition?  The question should answer itself.  And for those who practice contraception, but claim to be followers of Christ, the answer should convict them in their hearts and bring them to change their ways for the good of marriage, the family, society, the world and the eternal welfare of souls. 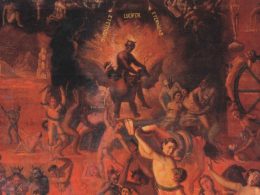 The Devil Is Real and He Wants Us in Hell

Catholic Apologetics #33 “Brothers: Be sober and watch: because your adversary the devil, as a roaring lion, goeth…
byMatthew Plese
74 shares
74
0
0
0
No comments 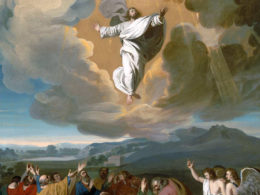 An Attack upon the Catholic Creed Some years ago, I heard a self-defined atheist claim that Christians believe…
byMatthew Plese
15 shares
15
0
0
0
No comments 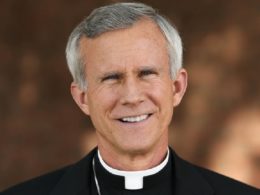 It Is Written: Islamic Faith in Ultimate Victory

The Moving Finger writes; and, having writ, Moves on: nor all thy Piety nor Wit Shall lure it…
byEd Faust