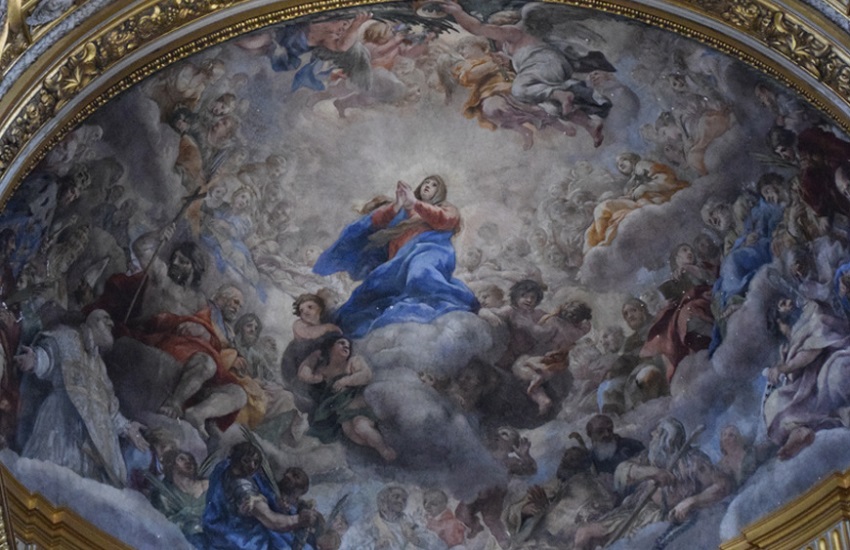 Sound the Alarm: Traditionalist Movements Are “Assaulting” the Church, Despite the Best Efforts to Suppress Them

The Fatima Center wishes you and yours
a Blessed and Holy Octave of Christmas
and a New 2020th Year filled with many graces.

An interesting article in the Italian daily Il Giornale demonstrates, perhaps inadvertently, that Tradition cannot be eradicated from the Church because it is, after all, a work of the Holy Ghost that the deluded Modernist visionaries, even with a Pope among them, can never destroy.

The article, entitled “How traditionalist movements are ‘assaulting’ the Church,” presents an interview with one Juan Miguel Montes, director of the Rome chapter of the organization Tradition, Family and Property (TFP), which originated in Brazil — a fact that prompts the interviewer, clearly a liberal, to ask if TFP is associated with Brazilian President Jair Bolsonaro, the so-called populist and nationalist who is a persona non grata to the globalist Left, and thus in Pope Francis’s circle as well.  For one thing, Bolsonaro had the temerity to sign a proclamation consecrating Brazil to the Immaculate Heart — something Francis is not likely to do for Italy, given his preoccupation with open borders and the reduction of CO2 emissions.

After noting that TFP has evolved over the years into a group of autonomous associations in more than thirty different countries, thus rebuffing the obvious attempt to discredit him by linking him to someone whom liberals despise, Montes noted that traditionalist currents are appearing everywhere in the Church, despite the program of radical liberalization that Antonio Socci, perhaps the most prominent Italian critic of the current pontificate, has dubbed “Bergoglianism.” Montes sketches a veritable traditionalist revival in every department:

“Right-wing blogs are multiplying, animated by young and very young people, with millions of followers. New political and cultural groups of conservative orientation are arising. Online conferences of traditionalist orientation are gaining notoriety.

“Stores with modest clothing are spreading, in open contrast to today’s immoral or extravagant fashions. After decades of virtual cultural monopoly of the Left, more and more books are published and more and more conferences in the center-right area are held. Sometimes the phenomenon can even be dazzling.”

In answer to the question whether the Catholic Church today is “following too much the diktats of the world,” Montes was unsparingly frank, even going so far as to question the entire sociopolitical landscape that has resulted from the so-called Age of Democratic Revolution:

“The fundamental note of all modern theological and pastoral errors — from liberal Catholicism to Modernism to Nouvelle Théologie — is the uncritical desire to ‘adapt’ the Church to the world.

“In practice, the question is: What world do you want to adapt the Church to? And, unfortunately, the answer is: to the world born of the series of revolutions that have marred the Church and Christianity since the end of the Middle Ages.

“In other words, they make an ideological reading of modern history that leads them to a choice of field with a purely revolutionary content.”

Going even further, Montes gently mocked the question as “out of date,” because at the present time certain Church leaders “not only follow the ‘diktats of the world’ but, on the contrary, take on leadership” in carrying them out.  Montes did not name Francis in this regard, but there is little doubt he had Francis in view.

Finally, just as Father Gruner did throughout his mission on earth, Montes linked the resurgence of traditionalism to the Message of Fatima:

“It is impossible to predict the immediate future. However, the emergence of a mighty movement in traditional public opinion allows us to have many hopes. These hopes are also based on the promises of Our Lady who, in Fatima, proclaimed the triumph of her Immaculate Heart, after a period of tribulation.”

That period of tribulation is now.