The news agency Asia News has been chronicling the utterly predictable consequences of the Vatican’s sellout of the Underground Church — meaning the true Catholic Church — in China.  The report linked above, dated November 13, 2019, recounts that the auxiliary bishop of Mindong (Fujan), Msgr. Guo Xijin, who was directed to step down as bishop in favor of his Red Communist puppet replacement, is now “being hounded by public security agents to force him to sign up to an ‘independent Church’ in exchange for government recognition.”

The wizards of Vatican diplomacy either failed to foresee, or did not care, that the Vatican’s recognition of Beijing’s pseudo-church with its puppet bishops, the “Catholic Patriotic Association” (CPA), would result in the regime’s demand that every Catholic cleric become part of it.

As Asia News observes: “President Xi Jinping has established that an ‘independent Church’ subject to the Chinese Communist Party is the condition for Catholics to live in China. For underground Catholics, an ‘independent’ Church is unacceptable, given that the Party intends this ‘independence’ also as a detachment from the Holy See and the universal Church.”

Because the Underground Church continues to refuse to go along with the Vatican’s capitulation, the butchers of Beijing have intensified their persecution.  In another report by Asia News we read that “For months, the Fujian authorities have been exerting pressure, blackmailing and threatening priests to push them to sign this accession in exchange for government recognition without which their ministry is forbidden.”

As for Msgr. Guo, he is “under the supervision of two public security guards” and is subjected to repeated demands by local officials that he sign an oath of allegiance to the Communist Party policy of a church “independent” from Rome.

For his part, Guo has refused to attend a mandatory meeting of regime-approved priests in Xiamen, which was supposed to show his submission to Beijing. He was then delivered to the curia of his government-approved replacement, approved as well by the Vatican, the “official” bishop, Msgr. Zhan Silu, who is tasked with “persuading” Guo to knuckle under.

The demotion of Guo to auxiliary and his replacement by the stooge of a communist regime that mass-murders innocent children in the womb is a terrible tragedy for the Catholic faithful of Mindong.  Under Guo, Asia New notes, there were over “90 thousand Catholics. Of these, at least 80 thousand belonged to the unofficial Church, served by 57 priests, 200 nuns, 300 consecrated lay people and hundreds of lay catechists. The priests of the official community were 12.”

But now, one by one, the priests of Mindong are bowing to government pressure, as “several dozen underground priests, yielding to pressure or for love of the ministry, have agreed to sign the adhesion to the ‘independent Church’…” But, tellingly, these sellouts “are criticized by the faithful.”

Meanwhile, the Vatican heaps yet another absurdity on the mountain of absurdities that have erupted from the Roman volcano since Vatican II.  The Catholic Herald  reports the Vatican’s ridiculous advice, called “new guidance for priests and bishops in mainland China,” according to which the Vatican “respects the choice” of priests who refuse to register with the government, but also encourages them to register with preposterous mental reservations.

The Vatican recognizes that registration “requires, almost invariably, the signing of a document in which, notwithstanding the commitment assumed by the Chinese authorities to respect also Catholic doctrine, one must declare acceptance, among other things, of the principle of independence, autonomy and self-administration of the Church in China.”  But in that case, says the Vatican — in all seriousness — the priest who wishes to register with the butchers of Beijing “should specify – in writing if possible, or else in front of witnesses – that the declaration is made only to the extent it is ‘faithful to the principles of Catholic doctrine.’”

In other words, sign the oath while declaring that one rejects what the oath says.  By that logic, Saint Thomas More should have signed the Oath of Supremacy demanded by Henry VIII while declaring, upon signing, that he did not believe Henry was Supreme Governor of the Church of England.  Thomas would have lost his head anyway, but only after violating his conscience by signing an oath in which he did not believe. And that is exactly what the Vatican, in the midst of its diabolical disorientation, proposes for the persecuted Catholic clergy of China.

The verdict is in:  the Roman authorities have lost all credibility.  Nothing they declare can be taken seriously any longer except on those occasions when, almost by happenstance, a pronouncement of orthodox character from a Vatican prelate escapes, however fleetingly, the micromanagement of the current occupant of the Chair of Peter.

Rome is occupied territory.  Such is the final stage of the worst crisis the Church has ever witnessed.

Eliot’s Prophecy and the Chattering Church 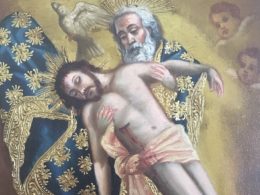 Patripassianism: The Heresy of the Father’s Suffering 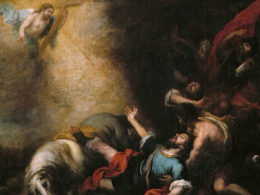