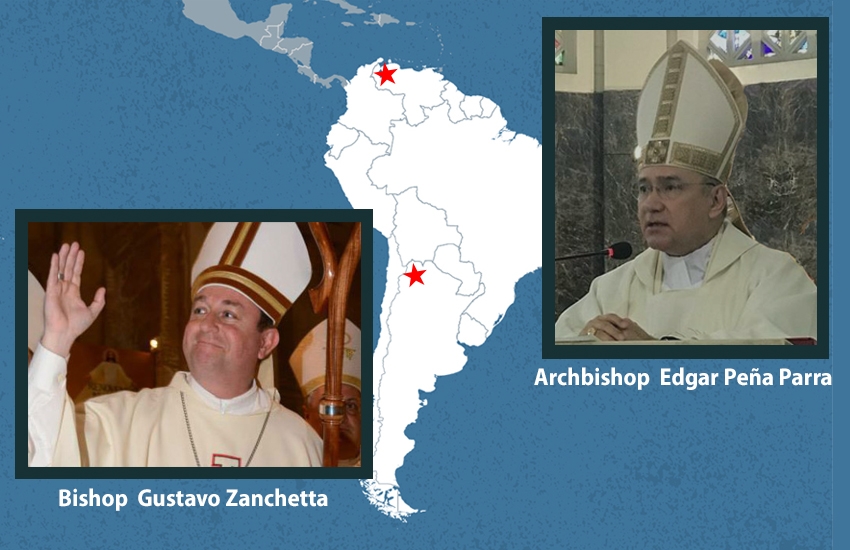 In Francis’ Vatican, One Corrupt Hand Washes the Other

A report by LifeSiteNews on the Zanchetta affair documents the grim reality that the current occupant of the Chair of Peter, repeating the pattern he exhibited as the Cardinal-Archbishop of Buenos Aires, has (to quote George Neumayr) “surrounded himself with so many crooks, creeps, and degenerates” because “‘He uses their secrets to control them,’ [and that] It was this nasty management tactic that led Bergoglio into an alliance with Theodore McCarrick and countless other abusers.”

One such abuser is Bishop Gustavo Zanchetta, who fled the diocese of Oran, Argentina amidst allegations of financial and sexual misconduct, only to be given a Vatican sinecure by Francis. Zanchetta is now (as LifeSite reports) “formally charged… with ‘aggravated continuous sexual abuse’ against two seminarians in 2016 and 2017 while he was bishop of Oran…” As the LifeSite report recalls, Zanchetta has been accused in 2015 “of engaging in ‘strange behavior’ after a diocesan official discovered pornographic images of men, allegedly sent to unknown parties, as well as Zanchetta’s nude selfies, on the bishop’s cellphone.”

While the Vatican claims Zanchetta has been suspended from his function in the sinecure Francis created for him at APSA (the agency entrusted with the management of Vatican real estate and other patrimony), nevertheless Venezuelan Archbishop Edgar Peña Parra, the Substitute for the Vatican’s Secretariat of State, who as such is “the Vatican’s third-highest ranking prelate,” sent a letter to the Argentine judge overseeing the criminal prosecution in which he claims that Zanchetta “has a job in Rome, even though he’s been suspended since January” and must return to Rome “to continue his daily work.”

Based on this letter, LifeSite notes, the criminal court judge “lift[ed] travel restrictions against Zanchetta in June, despite the objections of the public prosecutor” (citing a report by Crux).

But, incredibly enough, Peña Parra, likewise appointed to his office by Francis, is also mired in allegations of homosexual corruption. LifeSite notes that Archbishop Maria Carlo Viganò has revealed that the Holy See “has a ‘terrifying dossier’ on Peña Parra that dates back to the 1980s and includes reports of Peña Parra’s alleged homosexual predation of seminarians and sexual abuse of minor seminarians. The Vatican has never conducted an ‘open and thorough investigation’ of these allegations,” according to Viganò.

While the Venezuelan Bishops’ Conference defends Peña Parra and has “called Viganò’s allegations ‘a series of calumnious accusations,’” the existence of the dossier has not been denied. Moreover, as LifeSite reports here:

“Viganò states that one accusation, involving Peña Parra seducing two candidates for the seminary in 1990, was reported by the alleged victims’ parents to the police, and the veracity of the accusations were confirmed in writing to the Secretariat of State by both the rector of the major seminary and by [the] seminary’s spiritual director. Viganò told the Post that ‘I have seen these documents with my own eyes,’ and the documentation as well as that of other accusations should still be on file in the Holy See, ‘if it has not been destroyed.’”

No denial of the specifics of these allegations has been issued by Peña Parra, the Vatican or anyone else. 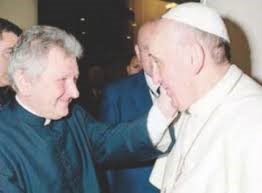 In view of the “filth” in the Church remarked by Cardinal Ratzinger just before he was elected Pope, even the resolutely mainstream Aleteia website has cited a quotation by Pope St. Gregory the Great that Father Gruner had been citing for years before: “It is better that scandals arise than that the truth be suppressed.”

That moral principle, a principle of natural justice as well, is what guides this apostolate’s continuing exposure of the calamities of this astonishing pontificate.