Shortly after the close of the Second Vatican Council, on February 17, 1966, Pope Paul VI published an apostolic constitution on fasting and abstaining, called Paenitemini. Its principles were later incorporated into the 1983 Code of Canon Law. Paenitemini allowed the commutation of the Friday abstinence to an act of penance at the discretion of the local ordinaries, and gave authority to the episcopal conferences on how the universal rules would be applied in their region.

Abstinence, which previously began at age 7, was modified to begin at age 14. Additionally, the obligation of fasting on the Ember Days and on the remaining Vigils was abolished. Paenitemini maintained the traditional practice that “abstinence is to be observed on every Friday which does not fall on a day of obligation.”

The NCCB then issued a statement on November 18, 1966. Abstinence was made obligatory only on all the Fridays of Lent, except Solemnities (i.e., First Class Feasts), on Ash Wednesday, and on Good Friday. Abstinence on all the other Fridays throughout the year was “especially recommended”; and the faithful who did choose to eat meat were directed to perform an alternative penance on those Fridays outside of Lent, even though the U.S. bishops removed the long-established precept of requiring Friday penance. The document stated in part:

“Even though we hereby terminate the traditional law of abstinence binding under pain of sin, as the sole prescribed means of observing Friday, we … hope that the Catholic community will ordinarily continue to abstain from meat by free choice as formerly we did in obedience to church law.”

And finally, fasting on all weekdays of Lent was “strongly recommended” but no longer obligatory under penalty of sin.

The 1983 Code of Canon Law largely took Paul VI’s apostolic constitution, aside from the modification of the age at which fasting binds. Per the 1983 Code of Canon Law, the age of fasting was changed to begin at 18 – previously it was 21 – and to still conclude at midnight when an individual completes his 59th birthday. Friday penance is required per these laws on all Fridays of the year except on Solemnities, a dramatic change from the previous exception being only on Holy Days of Obligation.

Per the 1983 Code of Canon Law, fasting and complete abstinence are required only on Ash Wednesday and Good Friday. The notion of “partial abstinence,” introduced under Pope Benedict XIV in 1741, was also removed along with nearly all fast days.[1]

What We Have Lost

Today, the number of fasting days in the Universal Church, including in the United States, is sadly only two: Good Friday and Ash Wednesday. Where has the rhythm and rhyme of the Catholic life gone?

In the observance of the two precepts of attending Holy Mass on prescribed days and fasting and abstaining on commanded days, we obey them because the Church has the power granted by Christ to command such things. We do not abstain from meat on Fridays, for instance, because the meat is unclean or evil. It is the act of disobedience which is evil.

As Fr. Michael Müller remarks in his Familiar Explanation of Christian Doctrine from 1874: “It is not the food, but the disobedience that defiles a man.” To eat meat on a forbidden day unintentionally, for instance, is no sin. As the Scriptures affirm, it is not what goes into one’s mouth that defiles a man but that disobedience which comes from the soul (cf. Matthew 15:11).

Yet, even with such a distinction, the Church has historically been wise to change disciplines only very slowly and carefully. As Archbishop Fulton J. Sheen once remarked, “It is a long-established principle of the Church never to completely drop from her public worship any ceremony, object or prayer which once occupied a place in that worship.” The same may be said for matters concerning either Holy Days of Obligation or fast days. What our forefathers held sacred should remain sacred to us in an effort to preserve our catholicity, not only with ourselves but with our ancestors who now see God in Heaven.

Perhaps we need to ask ourselves and our own families what we can do, even if not mandated by Church law, to recover these former Holy Days of Obligation and fasting days. Fasting and/or abstaining from meat and animal products on the forty days of Lent, the days of Advent, the vigils of feasts, Ember Days, Rogation Days, and Saturdays year-round would be commendable. In a similar manner, observing the fast on the vigils of the feast days of the Apostles or of the Assumption, which are still kept in the Eastern Churches, would also be praiseworthy for a Roman Catholic.[2]

Rediscover a Love of Fasting

The Church has, over time, reduced the requirements required under penalty sin, but She still implores the faithful to do more than the mere minimum. But in reality, are we? St. Francis de Sales remarked in the 16th / early 17th century, “If you’re able to fast, you will do well to observe some days beyond what are ordered by the Church.”

What days can you add? How can you better observe the feast days of the Apostles or the feasts of Our Lord or Our Lady? How can we fast better – both in terms of the number of days as well as by limiting the food we consume on fast days? Can you, for instance, fast and abstain from meat voluntarily on Saturdays in honor of Our Lady and for the purpose of doing penance?

May Our Lady of Fatima pray for us and help us rediscover a true love for fasting.

[1] For a chart comparing 1917 vs. 1955 vs. 1983 fasting rules, please see Catholic Candle: https://catholiccandle.neocities.org/faith/fast-abstinence-basics.html

Fatima Perspectives #1266 In an address to members of the diplomatic corps accredited to the Holy See, Pope…
byChris Ferrara
11 shares
11
0
0
0 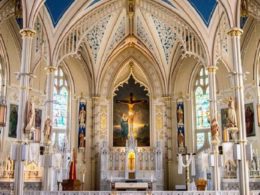 On June 23, the date on which the Feast of Corpus Christi was celebrated in Italy and the…
byDavid Martin 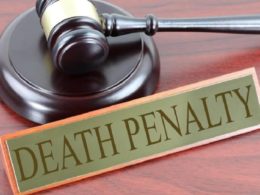 The Bane of Liberal Catholicism

Fatima Perspectives #1322 Exhibit A: Death Penalty, Abortion and Holy Communion In an article published at uscatholic.org by…
byChris Ferrara
25 shares
25
0
0
0
No comments