For most Catholics, our encounters with the Sacrament of Penance are in a confessional. But can you ask a priest who is passing through an airport or walking down the street to hear your confession?

May I ask a priest in a public place like an airport to hear my confession?

The Sacrament of Confession is ordained by God as the means by which mortal sins committed after Baptism are forgiven. A Catholic may not “pray to God himself” for absolution from mortal sins as some falsely allege – Our Lord Jesus Christ in His order for the world instituted the Sacrament and gave the power to forgive sins to priests to exercise in His name (cf. John 20:21-23). He never told a single soul to pray directly to Him for forgiveness; rather, He respected the order He instituted – it was Our Lord Himself who after curing the lepers told them, “Go, show yourselves to the priest” (Luke 17:14).

The Sacrament of Confession requires proper form and matter. The penitent provides the matter for the validity of the Sacrament. It is threefold: 1) contrition, 2) confession and 3) satisfaction. The contrite heart of a sinner includes hatred of sin and a firm purpose of amendment. All mortal sins, in kind and in number, must be confessed since one’s last valid Sacramental Confession. One must naturally also complete the penance prescribed by the priest (cf. Canon 4 of Session XIV of the Council of Trent and corresponding chapters from the same session). This has been declared de fide by the Council of Trent and The Catechism of Trent further teaches that these acts are required by divine institution, meaning the Church has not the power to change them.

As per the same teaching from Trent, the form of the Sacrament is when the priest, in persona Christi, says “ego te absolvo” (I absolve you). The normative formula prescribed in the priest’s Rituale Romanum is “[✠] Deinde, ego te absolvo a peccatis tuis in nomine Patris, et Filii, et Spiritus Sancti. Amen.” That is, making the Sign of the Cross [✠], the priest says: “Thereupon, I absolve you of your sins in the name of the Father, and the Son, and the Holy Ghost. Amen.”

[Editor’s Note: It is interesting to compare the traditional form versus the new form of the priest’s prayer of absolution, because one immediately notices how the traditional form is much more comprehensive and calls down more graces from Heaven. For our reader’s convenience, we have appended them at the end of this article.]

Furthermore, the Sacrament of Confession requires a validly ordained Catholic priest who possesses the faculties to forgive sins in the name of Christ Himself. For this matter, it is helpful to turn to the current Code of Canon Law in force (1983 version) which will also provide us an answer to our original question.

Can.  965 A priest alone is the minister of the sacrament of penance.

Can.  966 §1. The valid absolution of sins requires that the minister have, in addition to the power of orders, the faculty of exercising it for the faithful to whom he imparts absolution.

2. A priest can be given this faculty either by the law itself or by a grant made by the competent authority according to the norm of ⇒ can. 969.

Can.  967 §1. In addition to the Roman Pontiff, cardinals have the faculty of hearing the confessions of the Christian faithful everywhere in the world by the law itself. Bishops likewise have this faculty and use it licitly everywhere unless the diocesan bishop has denied it in a particular case.

§2. Those who possess the faculty of hearing confessions habitually whether by virtue of office or by virtue of the grant of an ordinary of the place of incardination or of the place in which they have a domicile can exercise that faculty everywhere unless the local ordinary has denied it in a particular case, without prejudice to the prescripts of ⇒ can. 974, §§2 and 3.

§3. Those who are provided with the faculty of hearing confessions by reason of office or grant of a competent superior according to the norm of cann. ⇒ 968, §2 and ⇒ 969, §2 possess the same faculty everywhere by the law itself as regards members and others living day and night in the house of the institute or society; they also use the faculty licitly unless some major superior has denied it in a particular case as regards his own subjects.

And thus, we come to our answer which is addressed in Canon 967.2. A priest who possesses the faculty to hear confessions habitually, by virtue of his office or by grant of his ordinary can validly hear confessions anywhere unless expressly denied by the ordinary of the place. This is not done, at least I have never heard of it being done. So yes, a priest with faculties to hear confessions can hear them anywhere – at the airport while he is passing through, while on vacation, while on a cruise ship, etc.

Do not delay and allow thoughts of “does the priest have permission to hear my confession” enter into your mind. If you need to avail yourself of this Sacrament, do not delay!

Editor’s Supplementary Material: A Parallel Comparison of the Traditional Form vs. Novus Ordo Form of the Prayer of Absolution: 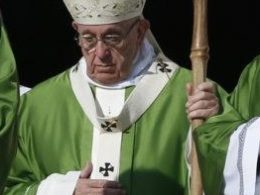 Fatima Perspectives #1239 As one website observes, when the Antichrist arrives to preach his lies among men, seducing…
byChris Ferrara
View
3 minute read

This Is Madness. Lord, When Will It End?

Fatima Perspectives #1237 On the return flight from his useless papal voyage to Lithuania, Francis was pressed during…
byChris Ferrara 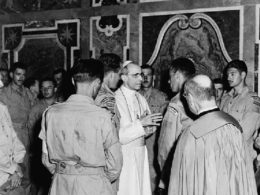 The Church’s Role in WWII and the Holocaust 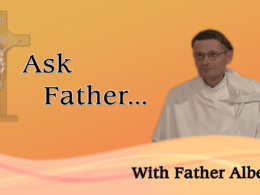