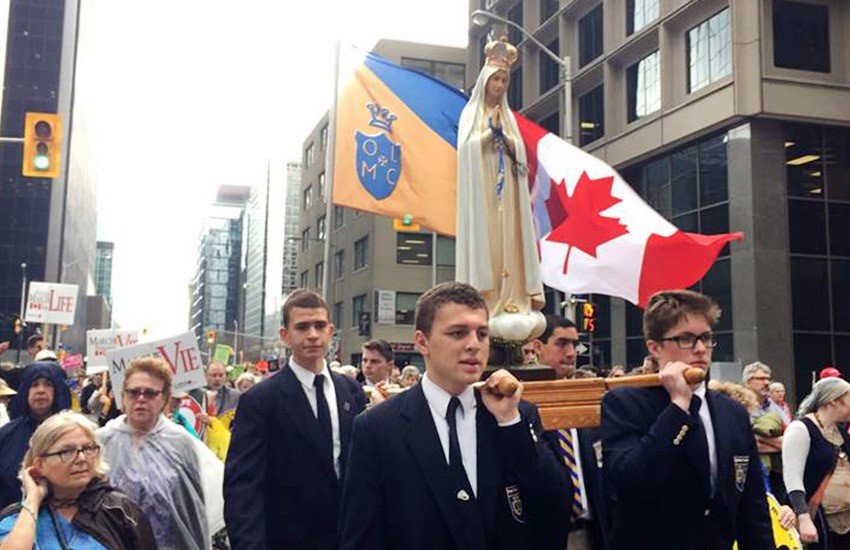 Canada’s newly-restored National Pilgrim Virgin statue of Our Lady of Fatima was a focal point of the country’s 20th annual March for Life, held in the capital city of Ottawa on Thursday, May 10, 2018. The beautiful statue’s prominent presence at the well-attended event was most fitting, given the indispensable role of the Blessed Virgin Mary and the unassailable necessity of Her Fatima message in the present battle for marriage, the family and life in Canada, and throughout the world.

Our Lady’s statue was blessed by Pope Paul VI at Fatima on May 13, 1967, the 50th anniversary of Her first apparition there. Destined for Canada, it is one of 25 statues sent to various nations around the world to promote devotion to Our Lady and to help spread Her saving Fatima message.

The National Committee for the National Pilgrim Virgin of Canada began in Ottawa in the early 1970’s, and the statue’s first home was there. Who would have imagined that after traveling hundreds of thousands of miles throughout the globe over the following decades, touching the lives of countless thousands of people, the statue would be publicly seen for the first time after its recent restoration (by Swiatek Studios) in the same city where it was first housed and entrusted to Fr. Nicholas Gruner, and this within the 50th anniversary year of its papal blessing and commissioning?

About one hundred people, including Fatima Center supporters and a group of students from Our Lady of Mount Carmel Academy of Kitchener, Ontario and St. Therese’s Academy of Nicholville, New York, accompanied the statue of Our Lady, praying the Holy Rosary and singing hymns under the guidance of several traditional Catholic priests. Fatima and pro-life literature was distributed throughout the walk.

Many people attending the March (and other onlookers) were attracted to the image of the Blessed Virgin, born reverently by young men from the Kitchener school. Not a few approached to venerate the statue, and chose to spend the remainder of the event with the group. Still other passers-by were drawn to the striking representation of the Queen of Heaven at the March’s conclusion, asking Apostolate volunteers various questions about its origin and purpose.

Canada’s 20th annual March for Life was well-attended, with a noticeably higher number of participants than in previous years. Some sources have indicated that as many as 20,000-25,000 people attended not only to protest the outrageous (so-called) legality of abortion in the country, but the Canada Summer Jobs decision of Prime Minister Justin Trudeau. The unpopular measure insists on affirmations of support for constitutional rights – including abortion – on the part of organizations seeking government funding. Many attending the pro-life event were also present to protest the Trudeau government’s decision to fund overseas abortions.

The March encountered heavy opposition, especially at its beginning, from a much smaller contingent of pro-choicers, billed as the ‘Coalition to End the March for Life.’ The police presence, ostensibly to keep order, was ineffective in enforcing the pre-approved route of the event and the walk was quickly rerouted through other streets of downtown Ottawa. The dress, symbols and signs carried by the pro-abortionists depicting witchcraft and other satanic symbols were ample proofs to indicate the ongoing reality of spiritual warfare and rampant diabolical disorientation in our day.

As abortion, the murder of the innocent unborn, is a prize weapon of satan and one of Russia’s errors, the powerful prayer of the Rosary is a key defense of Christians, and urgently necessary to bring about the Consecration of Russia and the subsequent Triumph of the Immaculate Heart of Mary and with it the end of abortion and other grave offenses against human life.

With your ongoing support, Our Lady’s Apostolate can continue to be effectively present at similar occasions, with prayers, processions, and distribution of free materials, spreading the truly life-saving Message for our times that is Fatima, and providing thousands of other people with the possibility of admiring Canada’s National Pilgrim Virgin, an exquisite and sacred effigy of the Queen of peace, of families, of life. 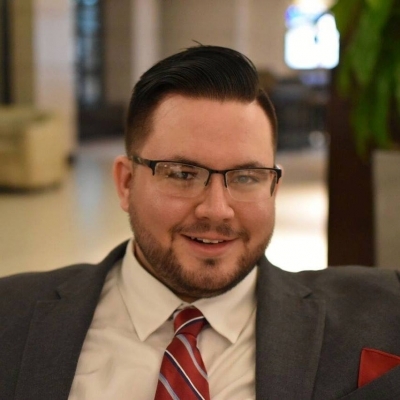 Brendan Young came to know Our Lady's Apostolate at a young age, beginning to volunteer in 2002. He spent several years in Rome where besides writing and translating, he assisted Fr. Gruner with special events and other projects. He has also written for The Fatima Crusader and Fatima.org.