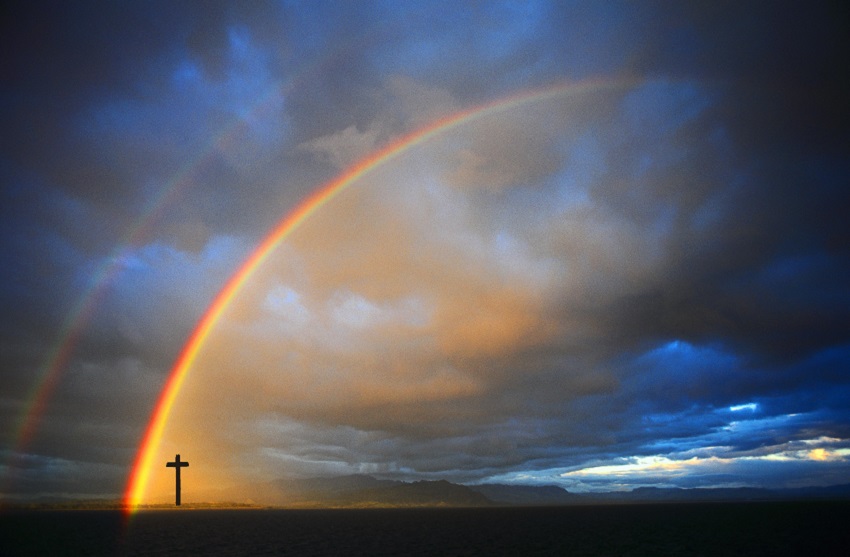 How Did Sodomy Become “Pride”?

In 1969, New York City police raided the “Stonewall Inn,” a “gay bar” in which sodomy, then criminalized, was being committed. The resulting riots by “gay people” in Greenwich Village are regarded as the genesis of the “gay pride” movement.

The movement spread throughout the country and ultimately achieved governmental recognition by a supposedly religiously neutral but actually inherently anti-religious federal government. Two presidents, Clinton and Obama, have “officially” declared that June is “Gay and Lesbian Pride Month,” thus committing the “religiously neutral” federal government to a moral position that radically contradicts a fundamental precept of the divine and natural law, the Sixth Commandment, to which there are no exceptions whatsoever.  Sad to say, even Trump acknowledged “Pride Month” by way of a tweet.

What is it that the members of the “gay pride” movement are proud of?  They are proud of what the Catechism of the Catholic Church rightly calls an “objectively disordered” condition that inclines them to what the same Catechism calls “acts of grave depravity” that are “intrinsically disordered,” declaring that “under no circumstances can they be approved.”

Today, if one wishes to hold public office, be employed by a major corporation or hold any position of prominence in social life, including the performing arts, one must bow the knee to “gay pride.”  To refuse to do so is to commit professional suicide, at least at the level of public life in the acceptable mainstream.

Even the Catholic hierarchy, with a few noble exceptions, such as this one, observe the required conformity; or worse, in the case of such hugely embarrassing figures as Cardinal Dolan of New York, bestow their blessings upon an objective intrinsic evil. Infinitely worse still, no less than the current occupant of the Chair of Peter has signaled his approval of “gay” relations, however ambiguously, including his approval of a synodal document that declares that “homosexual unions” provide “precious support in the life of the partners.”

How did this happen?  How did sodomy commandeer the word “pride” in such wise that no one may question the lie without the risk of grave consequences? How have we reached the point where even the human element of the Church is cowed into accepting the notion of “gay pride”?

In his landmark encyclical Sapientiae Christianae, Pope Leo XIII gave the answer in that noble and clear prose that characterized papal teaching before the fog of obfuscation descended on the Church after Vatican II:

“[T]o keep silence when from all sides such clamors are raised against truth, is the part of a man either devoid of character or who entertains doubt as to the truth of what he professes to believe. In both cases such mode of behaving is base and is insulting to God, and both are incompatible with the salvation of mankind. This kind of conduct is profitable only to the enemies of the faith, for nothing emboldens the wicked so greatly as the lack of courage on the part of the good.”

Hate the sin but love the sinner.  To hate sin is to oppose any effort to enshrine the approval of sin in public life. To love the sinner is to defend the truth by which he is made free, as Our Lord Himself proclaims.  To profess one’s love for sin by calling it the object of pride is not to love the sinner but rather to do him the greatest injustice by encouraging him to continue on a path that is, to quote Leo XIII, “incompatible with the salvation of mankind.”

Contemporary man has lost sight of the goal of salvation and the alternative of eternal punishment, while the Church commissioned to lead men to beatitude and avoid damnation has, in her human element, “lost the courage to preach the threat of hell,” as John Paul II admitted in Crossing the Threshold of Hope.

To recall the prophetic warning of Ven. Pope Pius XII in 1951: “Venerable Brethren, you are well aware that almost the whole human race is today allowing itself to be driven into two opposing camps, for Christ or against Christ. The human race is involved today in a supreme crisis, which will issue in its salvation by Christ, or in its dire destruction.”

To such a state of affairs in Church and State one can only apply the word ‘apocalyptic’. And apocalyptic developments are precisely what the Third Secret of Fatima, in its integrity, foretells: divine chastisement is the ultimate corrective for the rebellion of man against the God Who made him. And should it happen, no one can say in his heart that he did not know why it was visited upon him.