Anatomy of a Schmoozer

One of my favorite colloquialisms is schmoozer, derived from the Yiddish shmuesn, meaning “To converse casually, especially in order to gain an advantage or make a social connection.” The schmoozer says what he has to say to gain the advantage he seeks. What he really believes is a different matter.

And so it is with the current occupant of the Chair of Peter.  Recall the aftermath of Francis’ Joint Declaration with the “Grand Imam of Al-Azhar,” Ahmed el-Tayeb, in which we find the following objective heresy: “The pluralism and the diversity of religions, colour, sex, race and language are willed by God in His wisdom, through which He created human beings. This divine wisdom is the source from which the right to freedom of belief and the freedom to be different derives.”

Faced with the worldwide scandal his utterance of this heresy had provoked, Francis, as I recount here, told Bishop Athanasius Schneider privately that he could say “that the diversity of religions is the permissive will of God,” whereas Francis would make no effort publicly to correct his own statement contrary to the Faith.  And, at any rate, the “permissive” will of God is a mere toleration of evil. One would not say, therefore, that God “wills” mass murder or, for that matter, the sins of all men. Nor does God in any sense will the existence of lying religions, as the Joint Declaration claims.

The good bishop was schmoozed by a consummate schmoozer, who told him what he wanted to hear, but only when the bishop had backed him into a corner.  I suspect, however, that Bishop Schneider knew full well he was being schmoozed but was exploiting this Pope’s capacity for schmoozing to extract, at least orally, some kind of correction.

Nonetheless, schmoozing it was.  Evidently, Francis didn’t believe a word he said to Bishop Schneider.  For as LifeSiteNews reports, only days after Bishop Schneider’s March 1 meeting with the Pope (on or about March 18), “The Vatican’s office for promoting interreligious dialogue has asked Catholic university professors to give the ‘widest possible dissemination’” to the Joint Declaration, with no correction of its blatantly heretical claim that God wills the diversity of religions that contradict His revelation and even the most basic precepts of the natural law.

That is, not only has Pope Francis doubled down on his heretical statement, he has ordered that it be made part of a veritable educational program which would incorporate the idea that God wills — i.e., does not merely permit the evil of — the existence of innumerable false religions.

By the way, the lie that God wills the diversity of religions is not the only objective heresy in the Joint Declaration. A Dominican theologian, writing anonymously for fear of retribution, takes aim at the document’s further claim that “Through faith in God… believers are called to express this human fraternity by safeguarding creation and the entire universe and supporting all persons, especially the poorest and those most in need.”  As the theologian notes:

“It is contrary to the Church’s way of speaking to use the phrase ‘faith in God’ to mean ‘affirming that God exists,’ or ‘believing in any kind of alleged revelation, even a non-Christian one… Faith, is the [supernatural] virtue through which God moves us to assent to what He has revealed through the Old Testament prophets and the New Testament apostles, and most of all through His Son.

“People who believe in non-Christian religions therefore do not do so by faith, as the declaration Dominus Iesus 7 points out, but by some kind of human opinion.”

And human opinion is precisely what Francis has expressed in the Joint Declaration.  An opinion to which he obviously continues to cling despite his schmoozing of Bishop Schneider.

The bishop deserves nothing but praise for his effort to obtain a correction of Francis’ heresy from its author, but it was too much to expect that Francis would stick to what he said privately, much less declare it publicly.  For a schmoozer converses “to gain an advantage,” not to affirm the truth.  The advantage having been gained, Francis quickly moved on to continue promoting what he really thinks and what he really wants everyone to believe.

Meanwhile, as Life Site reports in the prior article linked above, the Austrian philosophy professor Joseph Seifert rightly protests that the statement Francis not only refuses to correct but now aggressively promotes is an “unprecedented heresy of all heresies…” And then this explosive declaration:

“For, how could God will contradictions to those most important revealed truths which are simultaneously also willed by Him? This assumption would make God either a lunatic who violates the foundation of all reason – the principle of non-contradiction – and who is a monumental relativist, or a confused God who is indifferent to the matter of whether people witness to the truth or not. Professor Seifert said that Catholics have the duty to defend the Catholic truth. According to the natural law, all priests, cardinals, bishops, and laymen are duty-bound to call upon the Pope to either reject this sentence [about the diversity of religions willed by God] or to resign as Pope.”

Over the past fifty years the Church has been afflicted by a series of papal decisions improvidently attempting to implement an imaginary conciliar “opening to the world.” The result has been an epochal ecclesial disaster, now exceeding even the Arian crisis in scope.  But never have we seen anything quite like Pope Francis. One wonders if there is anyone in the Vatican, even in Francis’ inner circle, who still does not recognize, if only inwardly, that “the current Pope’s leadership has become a danger to the faith…” 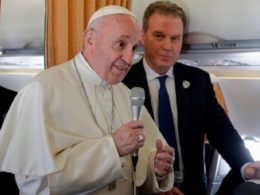 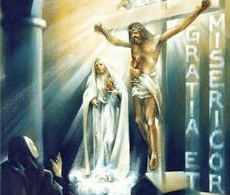