It is an article of faith that God is not the author of evil and that any evil He tolerates will always, in the inscrutable designs of Providence, ultimately conduce to a greater good.  The current pontificate is a prime example of this theological truth.  For despite the chaos and division Pope Francis has engendered, he has at the same time demonstrated the limitations and potential for error in the acts and omissions of any papacy that departs from the line of Tradition. He has also shown beyond reasonable dispute that the Pope is not a divine oracle chosen by the Holy Ghost but a human being with a free will who can choose not to correspond to the grace of state that makes for a good or a great papacy.

Thus we read this refreshingly candid piece at catholicnewsagency.com, a leading “mainstream” Catholic news site, written by a Catholic convert who cannot be called a “traditionalist” yet has come to recognize “two of the errors I didn’t even realize I was carrying around in my brain” about the papacy.

The first, she writes, is that “The Holy Spirit picks the Pope,” which she might not have literally believed “but I certainly behaved as if I did.”  Francis has disabused her of that notion. What she now understands is that the Holy Spirit guides the members of the conclave in a general way, but only “assuming they are actively seeking His Will and living lives of virtue” [emphasis in original] and that the Holy Spirit guarantees only that “whomever is elected can’t make a fatal mess of things.”  The fatal mess the Holy Spirit prevents is an “heretical or erroneous teaching being promulgated ‘ex cathedra.’”  Meaning only that the Pope cannot err when he promulgates “with the full weight of the Magisterium and in keeping with the revealed Tradition of the Church, the truth of something pertaining to faith and morals.”

As Father Gruner always insisted, nothing that departs from the revealed Tradition of the Church can be “authentic Magisterium.”  That includes Francis’ authorization of Holy Communion for public adulterers and his declaration that the death penalty is per se immoral, propositions that are not in keeping with revealed Tradition but on the contrary flatly contradict it.  Such errors cannot pertain to the Magisterium, which means they can only belong to the realm of the private opinions of a wayward Pope.  (Another historical example is the insistence of John XXII in a series of sermons that the blessed departed will not see God until Judgment Day.)

Hence this newly enlightened convert, opening her eyes to current events as well as events in the long history of the Church, rightly concludes: “Can the pope have a mistress? Father illegitimate children? Be a heretic, privately? Give dumb answers to questions journalists ask? Believe wrongly that the superior flavor of gelato is crema? All yes.”  That’s putting it rather mildly, given the course of this pontificate, but it suffices to make the point.

The second error our convert now recognizes is the claim that “the Pope is the head of the Catholic Church.” In truth, Christ is the Head and the Pope is only His Vicar. The Pope is a human being capable of both theological and prudential mistakes when departing from the path of Tradition laid down by his predecessors and the ecumenical councils over which they presided.  Thus, the writer concludes, while “the Pope is the leader of the Church on earth” he is not its literal head, which is Christ.  Consequently, unlike the kingdom of a hereditary monarch, a kind of inheritance that belongs to the king, the Holy Catholic Church “isn’t Pope Francis’ Church, any more than it was Pope Benedict’s, or Pope Innocent’s, or Pope Gregory’s, or Pope John Paul II’s.”

Important lessons learned.  And more and more Catholics are learning them as Francis demonstrates the dire consequences of a Pope departing from his proper role, aptly described by Benedict XVI at the outset of his own pontificate:

“The Pope is not an absolute monarch whose thoughts and desires are law. On the contrary: the Pope’s ministry is a guarantee of obedience to Christ and to his Word. He must not proclaim his own ideas, but rather constantly bind himself and the Church to obedience to God’s Word, in the face of every attempt to adapt it or water it down, and every form of opportunism.” 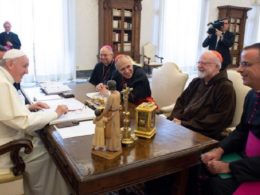 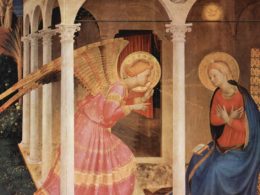 Happy Feast of the Annunciation!

Happy Feast of the Annunciation of the Blessed Virgin Mary! On this great Feast of the Incarnation, nine…
byThe Fatima Center
1 share
1
0
0
0
One comment 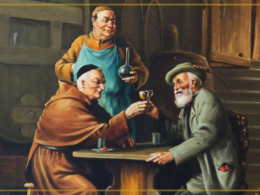 Drunkenness: A Disregarded Sin by Too Many Catholics

YouTube has banned The Fatima Center from posting videos for a week (September 22-28, 2022) due to a "violation" in promoting the truth in our video, Conscientious Objection and Blessed Franz Jagersttaer. If you'd like to get our latest videos and watch some of our previous videos, like the one that got banned on YouTube, check out The Fatima Center's Rumble channel. We appreciate your ongoing support and prayers as we continuously strive to bring Our Lady of Fatima's Message to the world!
Total
33
Share
33
0
0
0