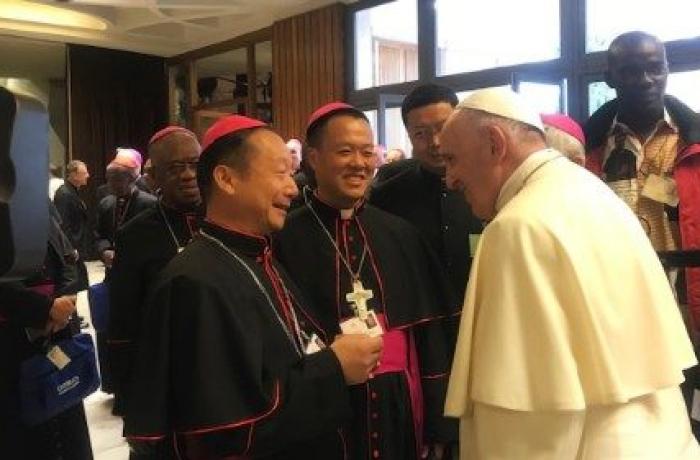 Smiles for the puppets of Beijing

In the aftermath of the Vatican’s disgraceful secret agreement with the Communist dictatorship in Beijing, it becomes clearer by the day that the Body of Christ in China has been handed over to its executioners by the Judases of Vatican “diplomacy.”

An article at LifeSiteNews this week reports on an interview of Cardinal Joseph Zen published by the French website La Croix International, wherein Cardinal Zen “renewed his resistance against the 22 September 2018 ‘provisional’ agreement between the Vatican and Communist China on the appointment of bishops, whose full content, however, is still largely unknown.”  The Cardinal protests that because the secret pact admits “to full ecclesial communion the remaining ‘official’ Bishops, ordained without Pontifical Mandate,” the tyrants in Beijing are now proceeding to the long-planned extermination of the Underground Church, given the Vatican’s recognition of the pseudo-Church, the so-called Catholic Patriotic Association (CPA), that Beijing invented to replace the true Church in China.

Zen has already delivered a seven-page letter of protest into the hands of Pope Francis himself, “not trusting the reliability of the Pope’s entourage.” In the La Croix interview, Zen declares (as translated by LifeSiteNews) that “the Pope didn’t get anything from this agreement, it’s a ‘fake,’ an illusion, and Beijing made him lose his authority.” The “Chinese authorities still consider they are in charge of the Chinese Church and they will still choose the bishops. The Pope will only have the last word.”

“As this agreement is secret,” Zen continued, “the Chinese think that all the process now is legalized and they can choose the bishops. They think the Holy See signed a [blank check] and that they can do what they want.” Now Beijing will insist that the faithful of the Underground Church “come out and… join the Catholic Patriotic Association…. ‘Come out, come out, the Pope [has made it] ok,’ they will tell them.”

Francis has already lifted the excommunication of seven bishops who were ordained under Communist coercion without a papal mandate and has even handed one of these puppet bishops the diocese of Bishop Guo in Chengde, the true Catholic bishop of that territory. And “[t]he Pope is going to wait before legitimizing the other six. It’s only a matter of time,” said Zen.

Poor Cardinal Zen now feels utterly helpless to resist this outrage: “I can’t fight against the pope. But when he legitimizes the six bishops, I will retire to a convent to pray. And I will not talk to journalists anymore. I will remain silent…. I am someone crying in the desert.”

Meaning the desert that is now much of the human element of the Catholic Church, including the Vatican apparatus. But beyond the desert, other voices rise in protest.  As Catholic News Agency (CNA) reports “Chinese human rights activist Chen Guangcheng called the Vatican’s pact with China over the selection of bishops ‘preposterous [and]… a slap in the face to millions of Catholics and other faithful religious people in China who have suffered real persecution…’”

Chen, notes CNA, is “a blind lawyer… imprisoned for his pro-life advocacy against forced abortions and sterilizations under China’s former ‘one child policy’” — which is now a “two-child policy.”  Chen escaped a Chinese prison in 2012, gained political asylum in the United States and is now a visiting fellow at Catholic University of America.

Chen’s indictment should crimson the faces of the Vatican operatives who engineered this betrayal: “I grew up under this Party-State system and personally experienced the Communist Party’s violence and brutality… I am sure that the active members of underground churches in China who have persevered against crippling persecution for so long can only feel betrayed” because the Vatican has tried to force them to be “closer to a Communist Party that is responsible for the deaths of over four hundred million unborn children and hundreds of millions of Chinese people.”

During the recently concluded sham Synod on Youth and Blah, Blah, Blah, Francis warmly greeted two CPA puppet bishops (the moment is pictured above), whom Beijing permitted to attend part of the rigged proceedings.  No bishops of the persecuted Underground Church were in attendance.  Beijing would never allow it.

Perhaps only Judas himself has outdone the Vatican in betraying Christ. 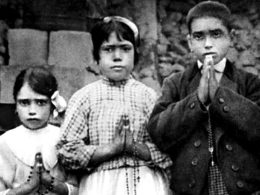 Francisco Marto and the Value of Suffering

Presently, it seems as if the coronavirus worldwide lockdown is loosening in some areas, with a few already…
byKennedy Hall
92 shares
70
0
22
0
No comments

“You have not chosen me: but I have chosen you; and have appointed you, that you should go,…
byEd Faust
No comments

WHY ARE WE AFRAID OF LOVE? 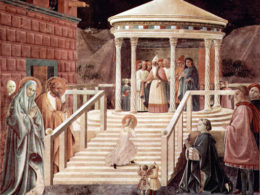