In a Desperate Bid to Defend Planned Sellout of Catholics to Beijing, Vatican Blames Red Chinese Persecution of Christians on American Neo-Cons

Just when it seemed a sellout of China’s “underground” Catholics was imminent, Beijing revealed that it has no intention of ever recognizing the rights of Chinese Catholics to the free and unhindered practice of the Faith, even as to those who find themselves in one of the outlying “official” churches deemed insufficiently submissive to the government.

Thus, in Henan province, a center of Chinese Catholicism, the regime has intensified its persecution of Catholics and Protestants alike in recent months. As UCA News reports, provincial Communist Party boss Wang Guosheng has suppressed even ten “official” “dioceses” in the province since last March as part of a campaign of persecuting “Catholic and Protestant underground and open churches, while a deceased underground bishop’s tombstone was demolished, unregistered underground priests have been driven away, and church properties have been confiscated.”

Sandro Magister reports that “the website Vatican Insider, known for its connections to Pope Francis” is engaged in a desperate spin operation in order to salvage the planned sellout. Alluding to Beijing’s propaganda in defense of its actions, Vatican Insider argues in a recent article that Beijing is really focused only on “stop[ping] the proliferation in that province of the ‘domestic churches’ of Protestants and apocalyptic sects, supported by the religious right in the United States for the sake of overthrowing the Chinese regime,” and that any persecution of Catholics is incidental.

A most revealing inadvertent admission, as it can hardly be grounds for suppressing the activities of any sort of Christian sect that the sect is perceived to threaten an atheist regime that has no right under God to exist.  Meanwhile, the Vatican is perfectly content to accommodate the same regime’s persecutions without offering it the least resistance. But whatever happened to the usual post-Vatican II plea for “religious liberty” for all sects?  That must give way to the rhetorical needs of the moment.  One must not expect consistency from the ideologues who now hold the levers of power at the Church’s summit.

At any rate, as Magister notes, here the Vatican is recycling the discredited “Rockefeller theory,” which held that Rockefeller money was responsible for the surge in Latin American Protestant sects. If anything, Rockefeller money would have backed the rise of socialist and communist variants of Liberation Theology within the Church in Latin America, as the result of which, writes Magister, quoting Massimo Introvigne, many Latin American Catholics, “Dissatisfied with these positions… voted with their feet and joined the fast-growing Pentecostal churches.”

As Introvigne notes, it was the liberation theologians themselves who, even as they were driving Catholics out of the Church with their corrupted version of the Gospel, “argued that Pentecostals were successful because they were financed by the Rockefeller Foundation and other fronts for American imperialism.” That conspiracy theory, he writes, “was consistently laughed at by academic scholars of Latin American Pentecostalism,” who recognized that “the most successful Pentecostal denominations in Latin America were indigenous and not significantly financed by U.S. agencies, some of them being in fact anti-American.” Indeed, the rapid expansion of Protestantism in once-Catholic Latin American nations is primarily the fault of a Catholic hierarchy imbued with “ecumenism” and the ruinous “spirit of Vatican II.”  The faithful wanted bread and they were given instead the stones of the “conciliar renewal.”  All of Rockefeller’s billions could not have done a better job of subverting the Church in Latin America.

Today, however, the Vatican of Pope Francis resuscitates the same dead theory in order to cover up the depredations of a communist regime it quite absurdly defends against supposed American efforts to undermine it.  Anything for the deal that Francis and his collaborators so ardently desire.  But, as Introvigne observes: “Negotiating with Beijing is like the proverbial supping with the Devil. You can do it, but you need a very long spoon.”  In this case it seems the Vatican has dispensed with the spoon and is plunging its collective face into a vat of Chinese Communist propaganda.  Meanwhile, the Church in China is being scourged as the Vatican shamelessly covers for those who wield the whip.

While Luther today is being dignified by Protestants and Catholics alike, it seems to have escaped many that…
byDavid Martin 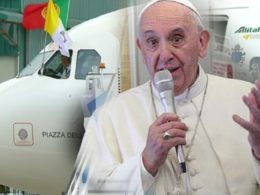 Fatima Perspectives #1335 Readers may have noticed that this column, like so many others written by Catholic observers…
byChris Ferrara
58 shares
57
0
1
0
No comments 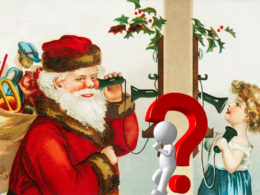 Editor’s note: The views and opinions expressed in this article are those of the author and do not…
byEd Faust
No comments 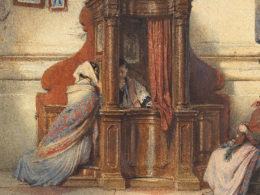 The Four Requirements for a Valid Confession

All Sacraments Require Proper Matter and Form As with all the sacraments, proper matter and form are required…
byMatthew Plese
176 shares
176
0
0
0
No comments