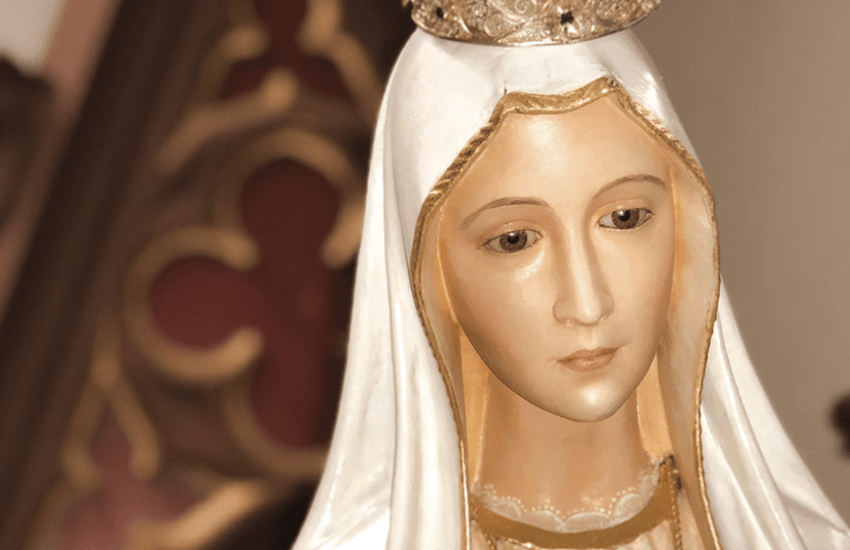 Nineteen years ago Father Gruner, Sister Frances, I, and a staff helper met Audrey Rolison (an apostolate volunteer) in North Carolina for a series of statue visits scheduled at four different parishes in the eastern part of the Raleigh diocese. (See the July 25 Fatima Center Vignette, “Statue Visit to North Carolina 1999”). 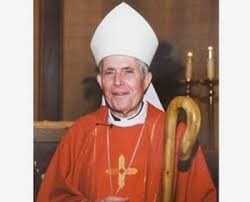 The visits occurred with the written permission of the local bishop – Francis Joseph Gossman (R.I.P.) – who remained firm in his decision despite the attempt of the chancellor to stop Father Gruner from visiting those parishes.

At the time, I had been working for Our Lady’s apostolate for only about 18 months. This was to be the first of a number of occasions, in the ensuing years, in which I would witness Father Gruner being unjustly made to endure the antagonism of his fellow clergymen.

At one of the parishes on the schedule, the pastor (and one of the religious sisters from a convent affiliated with the parish, where overnight accommodations for Sister Frances, Audrey and myself would be provided) arranged to meet us at a restaurant for dinner on the evening we arrived. He was a most gracious host to all at the table except one.

Right from the initial introduction, our host was most unpleasant to Father Gruner, to the extent that it appeared he was deliberately going out of his way to be rude to him. But Father Gruner was his usual patient and kind self even in the face of the priest’s extremely uncharitable behavior. Frankly, I found it embarrassing at how Father Gruner was being treated by a fellow priest.

The experience was, for me, an education in some of what Father Gruner endured; reading about it is one thing, but witnessing it is another.

Though evident to my fellow travelers as well, I could only guess as to the reason for the priest’s behavior. The situation became worse the next day when, a few hours before the evening statue visit was to commence, Father Gruner offered Mass privately and the parish priest happened by during the Mass and practically blew a gasket.

A Typical Reaction to the Latin Mass

His physical reaction was such that, even keeping my eyes focused on Father Gruner offering Mass, I knew that trouble was afoot. (It should be noted that when arranging for the visits, permission was obtained by me for Father Gruner to offer Mass privately at each of the parishes.) 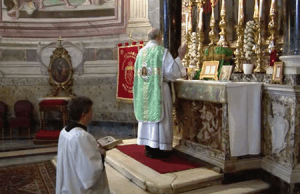 Fortunately, the pastor waited until after Mass before expressing to both Father Gruner and me his extreme displeasure that the Latin Mass was offered in his parish.

From then on, Audrey (as the person in North Carolina helping with the visits) and myself (as the apostolate organizer of the visits) were included with Father Gruner on the receiving end of the priest’s unfavorable and unwelcoming disposition, though Father Gruner remained at the top of the list. Needless to say, this made the rest of the visit quite uncomfortable.

At the “convent” (a residential home) where we were to stay for two nights there were two nuns – one dressed in lay women’s clothing and the other wearing a full habit. After the kerfuffle of that day regarding the Mass, it was likewise uncomfortable staying that evening at the convent.

It was worse the next morning when conversation with the sisters happened upon that teaching of the Church that even 19 years ago seemed to elicit an apoplectic reaction from those who do not like, or do not agree – Extra Ecclesiam nulla salus – Outside the Catholic Church there is no salvation. Whereas in decades long past, it was only non-Catholics who tended toward a rabid reaction to this dogma of Catholic Faith, we had reached a point when even some Catholics were questioning this teaching.

“Do you really believe that?”

But as an infallible and defined article of Faith, the matter is not up for discussion. One must either give the assent of supernatural faith to this teaching, or be separated from Christ’s One True Church.

Unfortunately, the sisters of the convent had difficulty with it, and failed to recognize it as a “you must believe” subject. The younger of the two (who was probably in her 40’s) downright refuted such an idea. The older one (who was dressed in full habit and in her 70’s) asked very timidly: “Do you really believe that?” 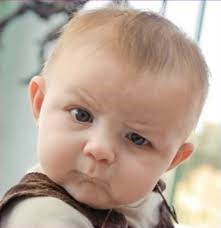 After breakfast, one of the guests had the unpleasant experience of unintentionally overhearing (the walls of the apartment not being very thick) the younger of the two sisters relaying to the not-so-friendly parish priest that particular aspect of the breakfast conversation, ending her description of the conversation stating incredulously, “Do you believe that??!!”

Such was the behind-the-scenes experience at one of the parishes visited in 1999. Stay tuned for more.