We are in the final stages of what Sister Lucy told Cardinal Caffarra would be the final battle – the attack against the family. This battle begun centuries ago by the enemies of Christ is now being spearheaded by His vicar on earth. The very one who is supposed to be defending the sanctity of the Sacrament of Matrimony and preserving the family as established by Christ, has assumed the role of enemy within the Church, opening the door to the anti-Christ New World Order agenda against the family.

How did we get to this point where even the Pope seemingly no longer recognizes Catholic Truth and has lost his way?…

Without the Consecration of Russia,
the World Cannot Have Peace

On July 13, 1917, Our Lady of Fatima told the three children-seers (as part of the Great Secret which She committed to them), “[God] is about to punish the world for its crimes, by means of war, hunger, and persecutions of the Church and of the Holy Father. To prevent this, I shall come to ask for the Consecration of Russia to My Immaculate Heart, and the Communion of Reparation on the First Saturdays. If My requests are heeded, Russia will be converted, and there will be peace; if not, she will spread her errors throughout the world, causing wars and persecutions of the Church. The good will be martyred; the Holy Father will have much to suffer; various nations will be annihilated.”

The moment had come, Our Lady said, and the Church’s hierarchy had been given twelve years in which to ready themselves for that moment so they could act with appropriate swiftness, in prompt obedience. And yet, no response at all was forthcoming. Our Lady’s request — rather, God’s own command — for the Consecration of Russia fell on deaf ears.

After two years and two months, in August 1931, Our Lord complained bitterly to Sister Lucy (the only surviving visionary of the Fatima apparitions) of His ministers’ hardness of heart in “delaying the execution of [His] command.”

Years continued to pass, and in 1935, Sister Lucy’s confessor, who had been doing all in his power to influence the Pope to perform the Consecration of Russia, wrote to her wondering if he was wasting his efforts. “Shall I continue to insist? Does the promise still hold good after all these years?” he asked. And Sister Lucy answered simply, “Yes.” “Should I change the terms in any way to more easily obtain a result of some kind, such as for a consecration of the entire world by the Holy Father alone?” “No”, she answered, “there is no other course, no other solution.”

Another year passed without any more success than before, and this same confessor wrote again to Sister Lucy, asking the same questions. In a letter of May 1936, she again gave the same answer, but this time in a strikingly different way:

“Should you continue to insist? I don’t know,” she answered. “Intimately I have spoken to Our Lord about the subject, and recently I asked Him why He would not convert Russia without the Holy Father making that Consecration.” And He answered, “Because I want My whole Church to acknowledge that Consecration as a triumph of the Immaculate Heart of Mary, so that it may extend its cult later on and put the devotion to this Immaculate Heart alongside the devotion to My Sacred Heart.”

In other words, even if all of our efforts toward bringing about the Consecration of Russia seem to be wasted and the cause appears hopeless, in fact promoting the fulfillment of the Fatima request is our only hope, and the most important object of our labors and prayers.

World peace simply cannot
be had by any other means.

The controllers of the New World Order can propose a new war to end all wars, or put the hopes of mankind in human diplomacy. Errant church leaders can call another fruitless Church Council falsely placing the dignity of man above God, and organize heretical pan-religious peace conferences year after year, but nothing will work except the Consecration of Russia!

In 1942, Pope Pius XII was prevailed-upon to make a consecration of the world to the Immaculate Heart of Mary, and many Catholics, acting out of a confused sense of loyalty to the Pope, began advancing the notion that this act was the fulfillment of the Fatima request. But then Our Lady Herself gave a specific clarification to correct that error. In an apparition to Sister Lucy in May 1952, Our Lady said:

“Make it known to the Holy Father that I still await the Consecration of Russia to My Immaculate Heart. Without that Consecration, Russia cannot be converted, nor can the world have peace.” 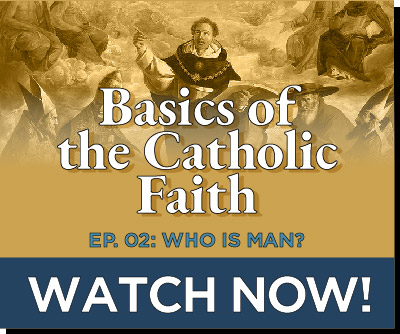