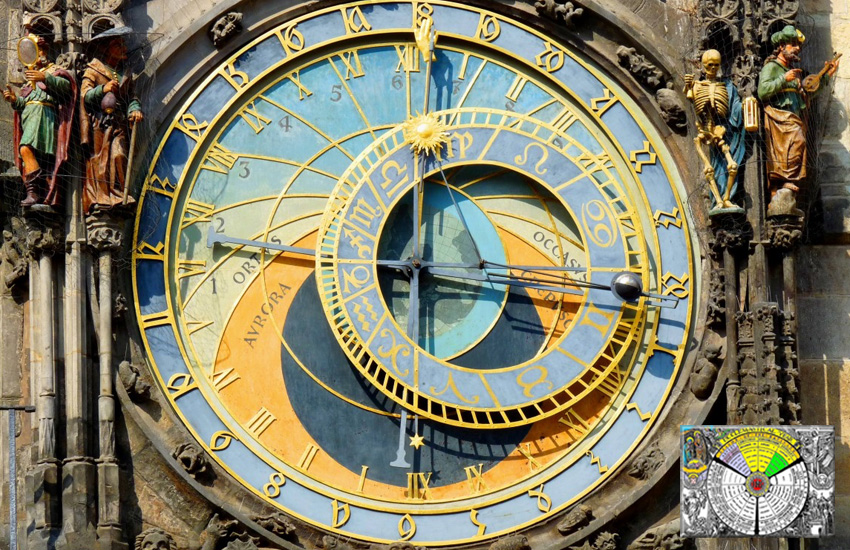 Summarizing a principal point from last week’s article: There are traditionally two liturgical cycles and seven liturgical seasons. The first cycle is the Christmas Cycle, which includes Advent, Christmastide, and the time after the Epiphany. The second cycle is the Easter Cycle, which includes Septuagesima, Lent, Paschaltide (also called Eastertide), and the Time after Pentecost.[1]

It’s also important to realize that each rite in the Catholic Church (Roman, Maronite, Chaldean, etc.) has its own liturgical calendar, and some have multiple uses or forms of the calendar (e.g., within the Roman rite are the Traditional Roman Calendar of 1962, the Traditional Catholic Calendar in place in 1954, the post-Vatican II Roman Calendar of 1969 which eliminated so many rich traditions and feasts, and the recently created Anglican Use Calendar). Even within the same use or form, there are variations according to local customs. For instance, the patron saint of a church or of the cathedral would be ranked higher in the liturgical calendar of that local jurisdiction.

It’s also important to define some important aspects of the liturgical year before we discuss it further. And for those definitions, I’m relying on a good summary presented by TraditionalMass.info, a website that I would encourage all of you to get to know well.

Whereas civil calendars presently start on January 1st (even though that was not always the case), Church calendars begin four Sundays before Christmas, so that the date of the Church’s “new year” varies from late November to early December.[2] There is also a lunar element to how celebrations in our liturgical year are determined. The lunar element is in the method of calculating the date of Easter, from which follow the other feast days which also change date from year to year. Easter Sunday is calculated as the first Sunday after the first full moon after the Vernal Equinox.

“Holy day” and “feast” are very common terms when we are discussing the liturgical calendar. But what exactly do they mean? Although these terms are sometimes used interchangeably, they have distinct meanings.

In fact, our English word “holiday” is based on the concept of a “holy day”. A holy day, in the general sense, is any day the Church has set apart for a regularly recurring public ceremonial observance. It finds expression primarily in the Mass and Divine Office, which have special prayers, and sometimes special ceremonies, for each holy day (such as the blessing and distribution of candles on February 2nd and blessing of throats the next day, the feast of St. Blaise). Some holy days have special disciplines, such as fasting and/or partial or full abstinence from meat (i.e., Ash Wednesday, Good Friday, Ember Days). In this general sense, every feast day is a holy day.

Sunday is the primary holy day; its weekly ceremonial observance replaces that of the Jewish Sabbath.

However, sometimes “holy day” is short for the more specific term “holy day of obligation,” as in the expression “Sundays and holy days.” In the Church’s traditional terminology, these days are often called “days of precept.” This refers to the precept that all Catholics are obligated to assist at Holy Mass on that day, under pain of mortal sin. The Pope has the authority to declare a universal day of precepts; that is, all Catholics in the world are obligated to assist Mass on that day. The Pope customarily permits the bishop of a diocese or the bishops of a local region to determine days of precepts as well.[3]

A feast, in the general sense, can also mean a holy day commemorating a particular person, event, or mystery of the Catholic Faith. Feast, when we are discussing the liturgical year, does not mean a large dinner gathering.

A feast may fall on a Sunday, either regularly (e.g., Easter Sunday) or coincidentally (in which case either the Sunday or the feast takes precedence depending on their liturgical ranks). In the case of coincident feasts, what happens, for example, when St. James’ feast day falls on a Sunday? Which takes precedence? Does that change if your parish is the Church of St. James or if the Cathedral in your diocese is the Cathedral of St. James? These are questions that anyone who wants to faithfully adhere to the liturgical calendar should keep in mind.[4]

Ranks of feasts have changed over the past several decades. The post-Vatican II Church uses the terms “solemnity,” “feast,” “memorial,” and “optional memorial”.[5] The 1962 Missal has First, Second, Third, and Fourth Class feast days. But prior to 1962, up until the changes made by Pope Pius XII in 1955, the ranks were, from least to most important: Simple, Semi-Double, Double (Minor), Double Major, Double of the Second Class, and lastly Double of the First Class.

Next week we will continue to discuss other important terms, and touch on the topic of the temporal and sanctoral liturgical cycles, vigils, ferias and more.

[3] Traditional feasts of precepts in the USA include the Nativity of Our Lord (Dec 25), the Circumcision of Our Lord (Jan 1), Ascension Thursday, the Assumption of Mary (Aug 15), the Immaculate Conception (Dec 15), and All Saints (Nov 1). In other countries, feasts of precept may include Epiphany (Jan 6), Corpus Christi, St. Joseph (March 19), St. Peter and St. Paul (Jun 29), and even St. Patrick (March 17) in Ireland or Our Lady of Guadalupe (Dec 12) in Mexico.

[4] Every year, an “Ordo” is published which provides the specific liturgical details pertinent to every calendar day. Thus, any questions as to which feast would outrank another on a particular day would be answered in the local Ordo. The Ordo also lists such details as the liturgical calendar of the day and which liturgical options are permitted to a priest on a given day.

[5] In the post-Vatican II (1969) calendar for the Novus Ordo Mass, a “feast” in a narrower sense is a holy day of lesser rank than a “solemnity” and greater than a “memorial.”