Through the Divine Office we can sanctify our day and live more in tune with the rhythms of the liturgical year. Now, I’m not suggesting that all are called to the priesthood and religious life, but I suspect that among our readers there are souls that God has called to that consecrated life. And those chosen by God to consecrate their entire lives to His service will have the awesome privilege and duty of praying the Divine Office seven times a day.[1]

Why is the Divine Office prayed seven times a day? Seven is certainly a number which represents perfection and plenitude. In addition, and more directly, it is in conformity with the prophetic utterance of King David in the Psalms:[2] “Seven times a day I rose to sing Thy praises” (Ps 118:164). And we can do so likewise.

But for those of you called to married life or single life, you too may pray the Divine Office, according to your abilities and duties of state in life. Granted, the laity are not bound by any obligation to pray the Office, and their praying of it is very different from priests and religious,[3] but they will certainly profit greatly from the habit of devoutly praying the Office Those who do so inevitably receive many graces and derive much merit and fruit from this laudable spiritual exercise.

Now, there are several versions of the Divine Office. There is the Liturgy of the Hours used by the Novus Ordo in accordance with the post-Vatican II rites and liturgical calendar. I do not recommend that one. In the post-Vatican II Liturgy of the Hours, they removed some of the hours, changed some of the names of the hours, re-distributed many of the psalms, reduced the number of psalms prayed, and excised verses of the psalms judged un-ecumenical or not in conformity with the spirit of the modern age.[4]

In the post-Vatican II version of the Divine Office, Matins has been replaced by the Office of Readings which is said at any time of the day. Lauds is usually just known as morning prayer; Vespers is called evening prayer; and Compline is known as night prayer; but the actual prayers in these hours have been changed significantly, in addition to using the post-Vatican II liturgical calendar.

So what I encourage all of you to do – even those who are not called to the consecrated religious life – is to pray a few of these offices a day. If time is an issue, start the day with just the readings from Matins. That will only take a few minutes if you read only the last nocturn’s readings[6] on the saint whose feast day it is that day. Then pray Lauds or Prime. That can take around 10-15 minutes for either one. If you can, take time in your day to pray the Angelus and/or Sext at noon. Before dinner, say the Angelus again and spend 10-15 minutes praying Vespers and thanking God for the great blessings of the day. And finally, end your day before going to bed by praying Compline, which includes in it a short examination of conscience.

What I really recommend to those starting out with incorporating the Divine Office into their prayer life is to use the online website: divinum officium. At that site you can choose, for instance, Divino Afflatu or the 1960 rubrics and then click on the hour you want to pray. All of the prayers will be on that page and there is no guesswork. The site is well formatted for using it on a desktop, laptop, tablet, or even a smart phone. They even have an app which can be downloaded, putting the Divine Office at your fingertips throughout the day. I would recommend using divinum officium as an easy way to start living a liturgical life.

And lastly, familiarize yourself with the liturgical year. If you go to Google and search “a catholic life feast days” the top item should be a listing that I have put together and updated throughout the years. It is the traditional pre-1955 Catholic calendar with various meditations for the Sanctoral Cycle and some days in the Temporal Cycle. Study; learn; care about our Catholic heritage. Learn about the devotions to St. Nicholas on December 6th; learn too about the feast of St. Martin on November 11th, which is known as Martinmas. What’s interesting is that Martinmas used to be one of the last times in the year we would have outdoor processions before winter. And that is one reason the anti-Catholic President Woodrow Wilson put Armistice Day (Veterans Day) on that day, so that it could help block out the Catholic feast day.

I’m shocked when I learn of Catholics who are not aware that February 2nd is the feast of Candlemas and the last day of the Christmas season, or that on February 3rd we get our throats blessed in honor of St. Blaise, or that wine is traditionally blessed by our priests for us on December 27th, the feast of St. John. These are just a few of the hundreds of ways we can live out the liturgical year. So spend time and immerse yourself in the Traditional Catholic liturgical year’s customs. Learn too about the unique indulgenced prayers that are said on select days throughout the liturgical year.

I also direct you to fisheaters.com and recommend you click on “Being Catholic” at the top. From there, you will find dozens of articles on practical tips on living out the liturgical life.

A truly Catholic life is a liturgical life. Make time now to help the Church restore what so few Catholics keep anymore. And through our collective keeping of the Catholic liturgical life (the Angelus, feast days, the Divine Office, Ember Days, Rogation Days, Sunday rest, Friday penance, and more) we truly give honor to Almighty God Who is worthy of all liturgical worship and honor per omni secula seculorum.

[1] Not all priests and religious are obligated to pray the seven canonical hours daily. There are some variations according to custom and one’s particular Rule. For example, secular priests are normally only bound under pain of sin to pray the major hours. Also, some canons and religious might only pray certain specific Hours in common, whereas Benedictine orders are accustomed to chanting all the offices in choir. A number of traditional Orders will start the Divine Office in the night; for example, I’ve seen schedules where the community of religious begins these prayers at 3 a.m.

[2] The psalms make up the majority of the Divine Office. According to the schema popularized by St. Benedict, all one-hundred and fifty psalms are prayed each week. These psalms are prayers which Our Lord Himself had memorized and prayed often, even chanting them in a melody akin to Gregorian Chant. The psalms have been called the “prayer book” of the Apostles and Early Church.

[3] When consecrated souls are bound by their vows and/or Rule to pray the Divine Office, they do so on behalf of the entire Church, as official representatives of the Church, so to speak. For these consecrated souls, the Divine Office is a formal part of the Church’s liturgy and it must therefore be prayed with due reverence and in accordance with corresponding Church norms. Just as no priest is allowed to alter the Mass on his own authority, so too he may not adjust the Divine Office according to his reason or preference. The priest who prays the Divine Office prays it in the person of Christ, Head of the Church, analogous to how he offers the Mass in persona Christi. On the other hand, when the laity pray the Office they do so as a devotion. As they pray it privately, they are not bound by the norms which would otherwise govern the chanting of the Office in common.

[4] It seems incredulous and preposterous that ecclesiastics judged parts of the inspired and inerrant Word of God as no longer fitting to be included in the Church’s Divine Office. Yet this is a tell-tale mark of the modernist. Some have made the claim that even greater violence was done to the Divine Office than to the Holy Sacrifice of the Mass in the post-Vatican II liturgical revolution. 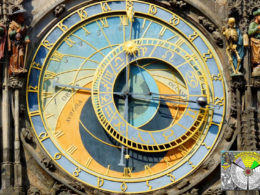 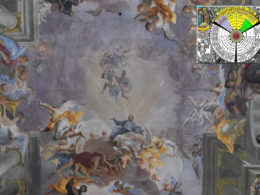 HOW TO LIVE A LITURGICAL LIFE PART I: THE SACREDNESS OF TIME (continued) 2. The Catholic Week All…
byMatthew Plese
No comments 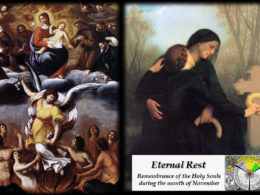 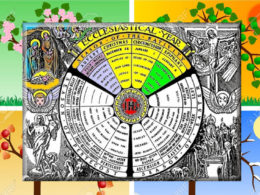 HOW TO LIVE A LITURGICAL LIFE Part 1. The Sacredness of Time Under the Old Law in the…
byMatthew Plese
No comments