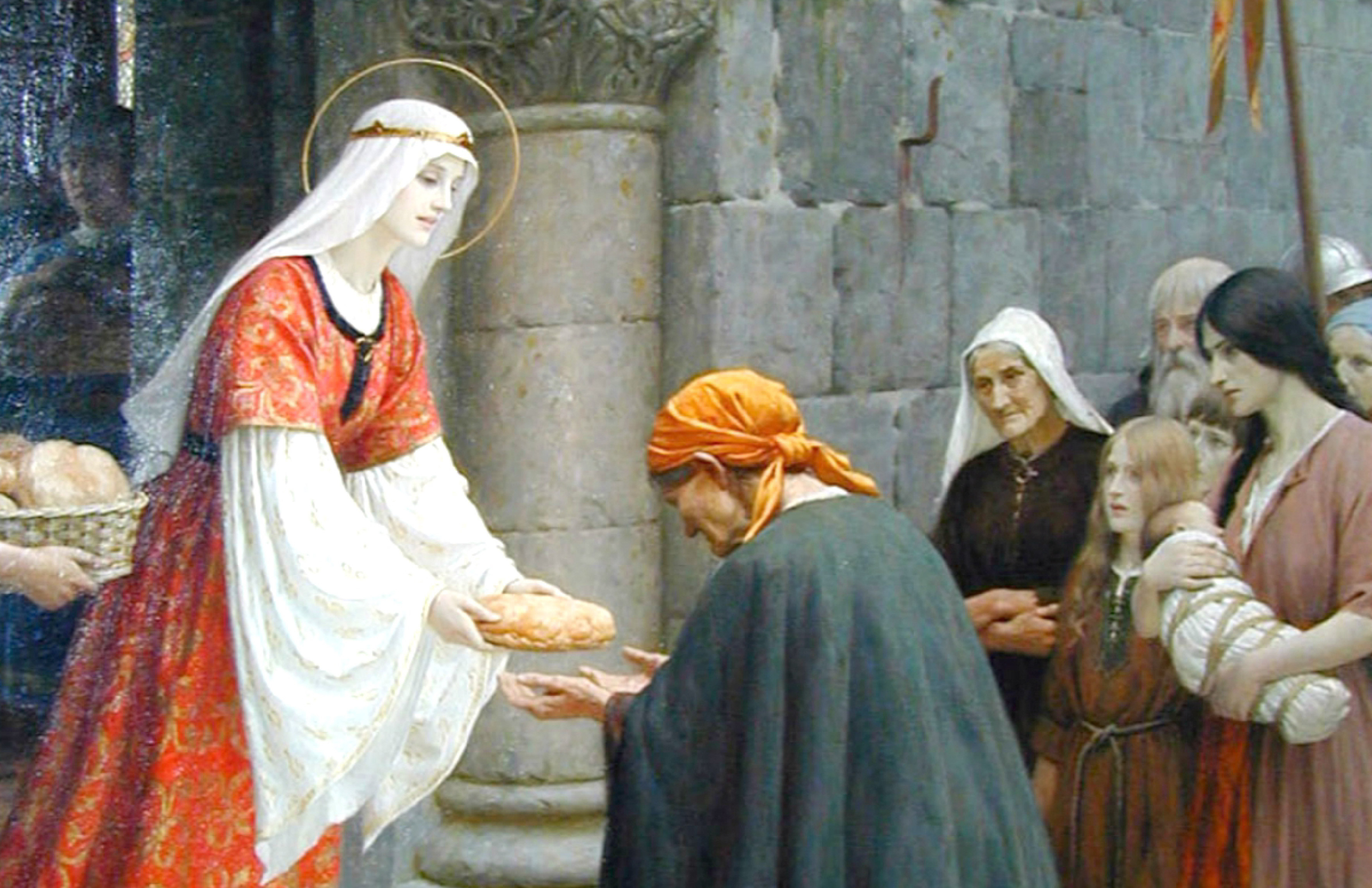 ELIZABETH was daughter of a king of Hungary, and niece of St. Hedwige. She was betrothed in infancy to Louis, Landgrave of Thuringia, and brought up in his father’s court. Not content with receiving daily numbers of poor in her palace, and relieving all in distress, she built several hospitals, where she served the sick, dressing the most repulsive sores with her own hands. Once as she was carrying in the folds of her mantle some provisions for the poor, she met her husband returning from the chase. Astonished to see her bending under the weight of her burden, he opened the mantle which she kept pressed against her, and found in it nothing but beautiful red and white roses, although it was not the season for flowers. Bidding her pursue her way, he took one of the marvellous roses, and kept it all his life. On her husband’s death she was cruelly driven from her palace, and forced to wander through the streets with her little children, a prey to hunger and cold; but she welcomed all her sufferings, and continued to be the mother of the poor, converting many by her holy life. She died in 1231, at the age of twenty-four.

Reflection. —This young and delicate princess made herself the servant and nurse of the poor. Let her example teach us to disregard the opinions of the world and to overcome our natural repugnances, in order to serve Christ in the persons of His poor.
Lives Of The Saints By Alban Butler, Benziger Bros. Edition www.globalgrey.co.uk

Saint. Pontianus was Pope from the year 230-235, during the reign of Alexander Severus. The emperor’s successor, Maximinus, a cruel tyrant, banished the Pope, who died from the hardships of this exile.