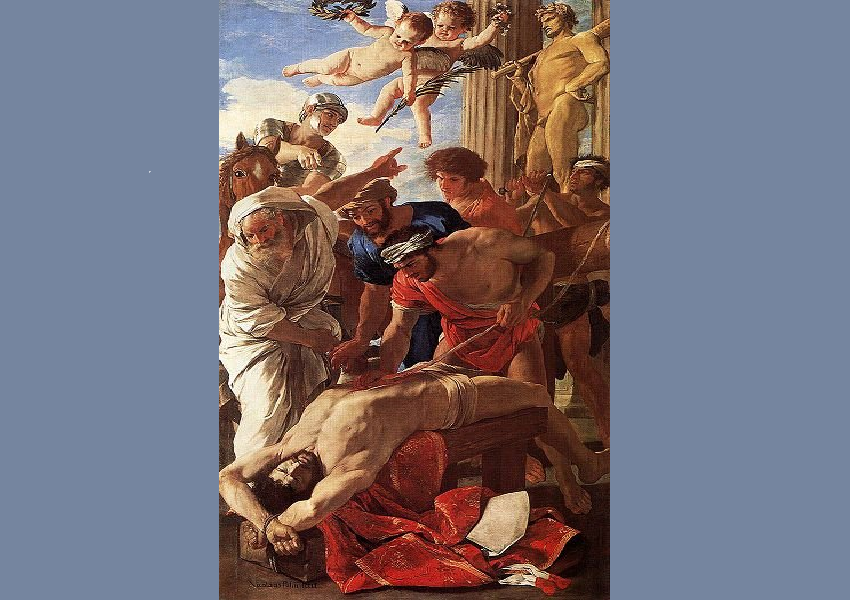 AFTER the miraculous victory obtained by the prayer; of the Christians under Marcus Aurelius, in 174, the Church enjoyed a kind of peace, though it was often disturbed in particular places by popular commotions, or by the superstitious fury of certain governors. This appears from the violent persecution which was raised three years after the aforesaid victory, at Vienne and Lyons, in 177, whilst St. Pothinus was Bishop of Lyons, and St. Irenæus, who had been sent thither by St. Polycarp out of Asia, was a priest of that city. Many of the principal Christians were brought before the Roman governor. Among them was a slave, Blandina: and her mistress, also a Christian, feared that Blandina lacked strength to brave the torture. She was tormented a whole day through, but she bore it all with joy till the executioners gave up, confessing themselves outdone. Red-hot plates were held to the sides of Sanctus, a deacon of Vienne, till his body became one great sore, and he looked no longer like a man; but in the midst of his tortures he was “bedewed and strengthened by the stream of heavenly water which flows from the side of Christ.” Meantime, many confessors were kept in prison and with them were some who had been terrified into apostasy. Even the heathens marked the joy of martyrdom in the Christians who were decked for their eternal espousals, and the misery of the apostates. But the faithful confessors brought back those who had fallen, and the Church, “that Virgin Mother,” rejoiced when she saw her children live again in Christ. Some died in prison, the rest were martyred one by one, St. Blandina last of all, after seeing her younger brother put to a cruel death, and encouraging him to victory.

Reflection. —In early times the Christians were called the children of joy. Let us seek the joy of the Holy Spirit to sweeten suffering, to temper earthly delight, till we enter into the joy of Our Lord.