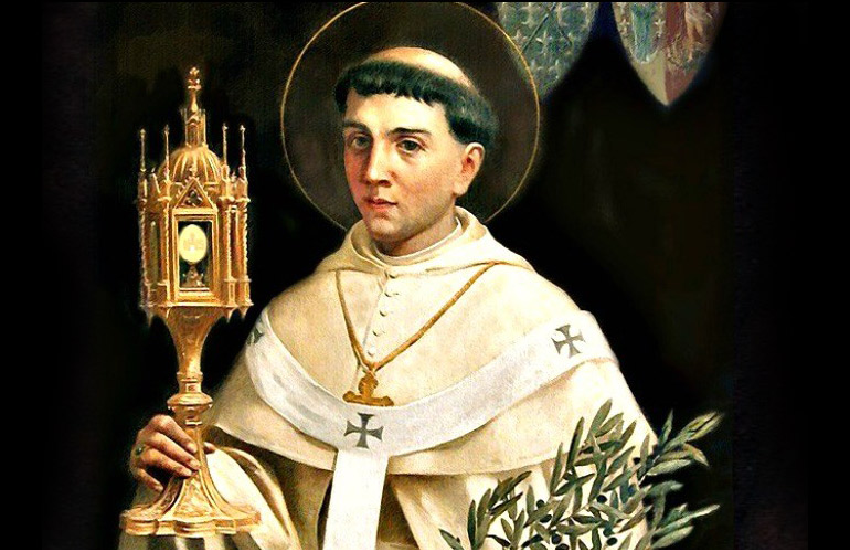 OF noble rank and rare talents, Norbert passed a most pious youth, and entered the ecclesiastical state. By a strange contradiction, his conduct now became a scandal to his sacred calling, and at the court of the Emperor Henry IV. he led, like many clerics of that age, a life of dissipation and luxury. One day, when he was thirty years of age, he was thrown half dead from his horse, and on recovering his senses, resolved upon a new life. After a severe and searching preparation, he was ordained priest, and began to expose the abuses of his Order. Silenced at first by a local council, he obtained the Pope’s sanction and preached penance to listening crowds in France and the Netherlands. In the wild vale of Prémontré he gave to some trained disciples the rule of St. Austin, and a white habit to denote the angelic purity proper to the priesthood. The Canons Regular, or Premonstratensians, as they were called, were to unite the active work of the country clergy with the obligations of the monastic life. Their fervor renewed the spirit of the priesthood, quickened the faith of the people, and drove out heresy. A vile heretic, named Tankelin, appeared at Antwerp, in the time of St. Norbert, and denied the reality of the priesthood, and especially blasphemed the Blessed Eucharist. The Saint was sent for to drive out the pest. By his burning words he exposed the impostor and rekindled the faith in the Blessed Sacrament. Many of the apostates had proved their contempt for the Blessed Sacrament by burying it in filthy places. Norbert bade them search for the Sacred Hosts. They found them entire and uninjured, and the Saint bore them back in triumph to the tabernacle. Hence he is generally painted with the monstrance in his hand. In 1126 Norbert found himself appointed Bishop of Magdeburg; and there, at the risk of his life, he zealously carried on his work of reform, and died, worn out with toil, at the age of fifty-three.

Reflection. —Reparation for the injuries offered to the Blessed Sacrament was the aim of St. Norbert’s great work of reform—in himself, in the clergy, and in the faithful. How much does our present worship repair for our own past irreverences, and for the outrages offered by others to the Blessed Eucharist.