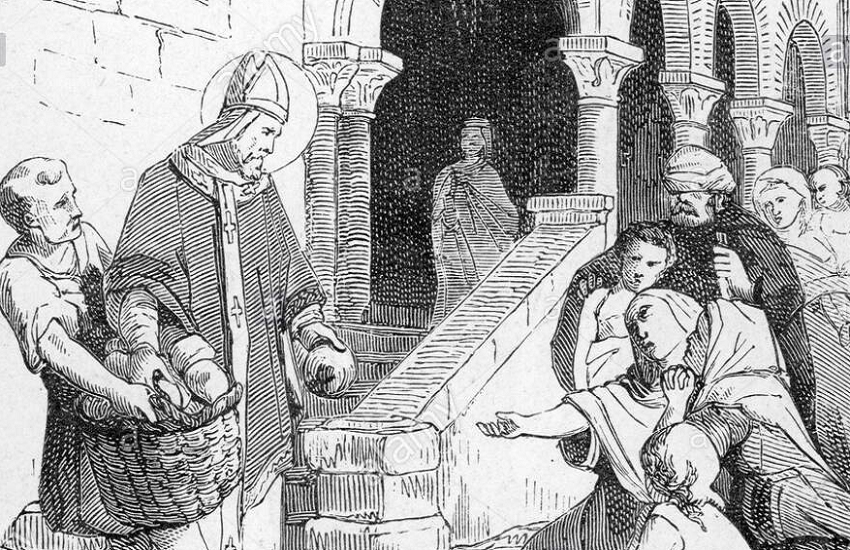 THIS Saint was born at Orleans, of a very illustrious family. At his birth his parents dedicated him to God, and set him to study when he was but seven years old, resolving to omit nothing that could be done toward cultivating his mind or forming his heart His improvement in virtue kept pace with his progress in learning: he meditated assiduously on the sacred writings, especially on St. Paul’s manner of speaking on the world and its enjoyments as mere empty shadows that deceive us and vanish away. These reflections at length sank so deep into his mind that he resolved to quit the world. To put this design in execution, about the year 714 he retired to the abbey of Jumiége in Normandy, where he spent six or seven years in the practice of penitential austerities and obedience. Suavaric, his uncle, Bishop of Orleans, having died, the senate and people, with the clergy of that city, begged permission to elect Eucherius to the vacant see. The Saint entreated his monks to screen him from the dangers that threatened him; but they preferred the public good to their private inclinations, and resigned him for that important charge. He was consecrated with universal applause in 721. Charles Martel, to defray the expenses of his wars and other undertakings, often stripped the churches of their revenues. St. Eucherius reproved these encroachments with so much zeal that, in the year 737, Charles banished him to Cologne. The extraordinary esteem which his virtue procured him in that city moved Charles to order him to be conveyed thence to a strong place in the territory of Liege. Robert, the governor of that country, was so charmed with his virtue that he made him the distributor of his large alms, and allowed him to retire to the monastery of Sarchinium, or St. Tron’s. Here prayer and contemplation were his whole employment till the year 743, in which he died, on the 20th of February.

Reflection. — Nothing softens the soul and weakens piety so much as frivolous indulgence. God has revealed what high store He sets by “retirement” in these words: “I will lead her into solitude, and I will speak to her heart.” you!