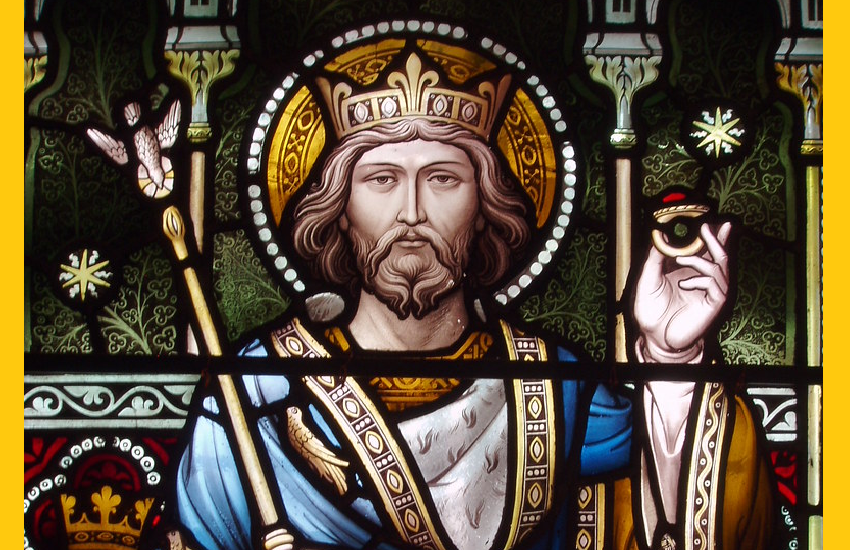 EDWARD was unexpectedly raised to the throne of England at the age of forty years, twenty-seven of which he had passed in exile. On the throne, the virtues of his earlier years, simplicity, gentleness, lowliness, but above all his angelic purity, shone with new brightness. By a rare inspiration of God, though he married to content his nobles and people, he preserved perfect chastity in the wedded state. So little did he set his heart on riches, that thrice when he saw a servant robbing his treasury he let him escape, saying the poor fellow needed the gold more than he. He loved to stand at his palace-gate, speaking kindly to the poor beggars and lepers who crowded about him, and many of whom he healed of their diseases. The long wars had brought the kingdom to a sad state, but Edward’s zeal and sanctity soon wrought a great change. His reign of twenty-four years was one of almost unbroken peace, the country grew prosperous, the ruined churches rose under his hand, the weak lived secure, and for ages afterwards men spoke with affection of the “laws of good St. Edward.” The holy king had a great devotion to building and enriching churches. Westminster Abbey was his latest and noblest work. He died January 5, 1066.

Reflection. —David longed to build a temple for God’s service. Solomon reckoned it his glory to accomplish the work. But we, who have God made flesh dwelling in our tabernacles, ought to think no time, no zeal, no treasures too much to devote to the splendor and beauty of a Christian church.
Lives Of The Saints By Alban Butler, Benziger Bros. Edition www.globalgrey.co.uk