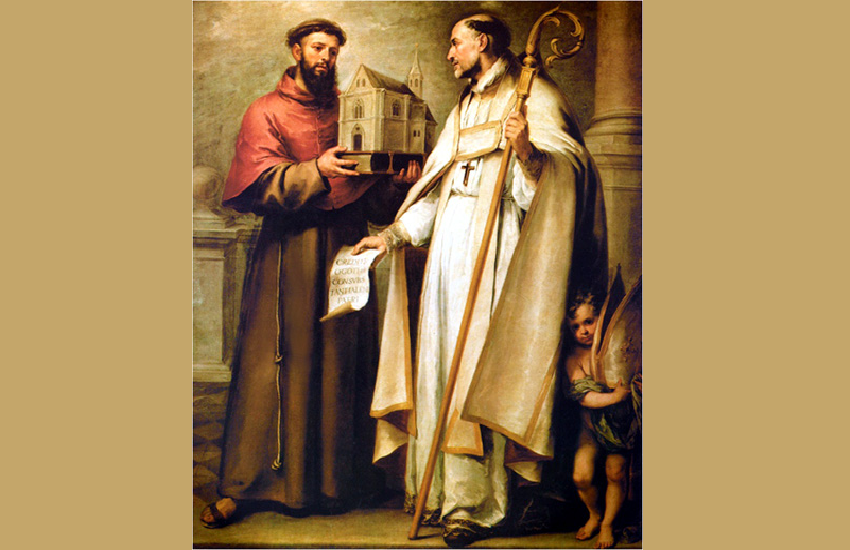 ST. EPHREM is the light and glory of the Syriac Church. A mere youth, he entered on the religious life at Nisibis, his native place. Long years of retirement taught him the science of the Saints, and then God called him to Edessa, there to teach what he had learned so well. He defended the Faith against heresies, in books which have made him known as the Prophet of the Syrians. Crowds hung upon his words. Tears used to stop his voice when he preached. He trembled and made his hearers tremble at the thought of God’s judgments; but he found in compunction and humility the way to peace, and he rested with unshaken confidence in the mercy of our blessed Lord. “I am setting out,” he says, speaking of his own death, “I am setting out on a journey hard and dangerous. Thee, O Son of God, I have taken for my Viaticum. When I am hungry, I will feed on Thee. The infernal fire will not venture near me, for it cannot bear the fragrance of Thy Body and Thy Blood.” His hymns won the hearts of the people, drove out the hymns of the Gnostic heretics, and gained for him the title which he bears in the Syriac Liturgy to this day—”the Harp of the Holy Ghost.” Passionate as he was by nature, from the time he entered religion no one ever saw him angry. Abounding in labors till the last, he toiled for the suffering poor at Edessa in the famine of 378, and there lay down to die in extreme old age. What was the secret of success so various and so complete? Humility, which made him distrust himself and trust God. Till his death, he wept for the slight sins committed in the thoughtlessness of boyhood. He refused the dignity of the priesthood. “I,” he told St. Basil, whom he went to see at the bidding of the Holy Spirit, “I am that Ephrem who has wandered from the path of heaven.” Then bursting into tears, he cried out, “O my father, have pity on a sinful wretch, and lead me on the narrow way.”

Reflection. —Humility is the path which leads to abiding peace and brings us near to the consolations of God.