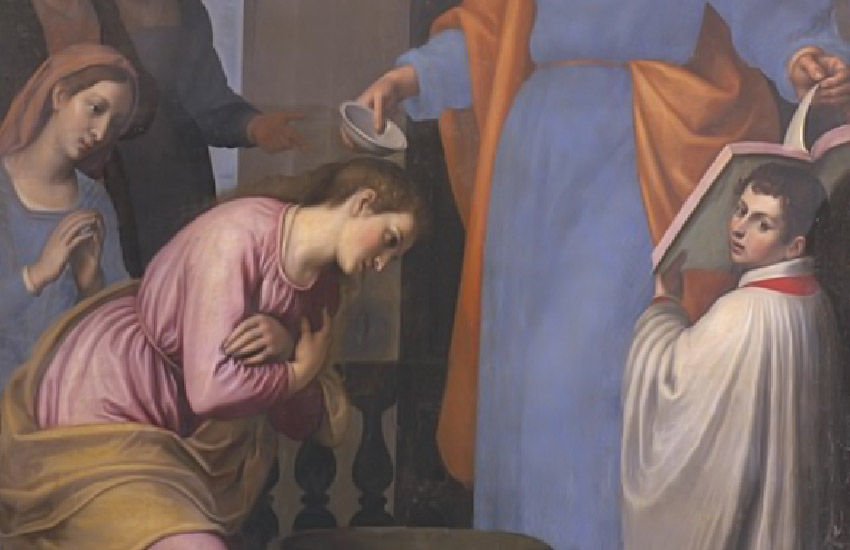 She was a noble Roman lady, and after many torments finished her triumph by the sword, about the year 275. Her relics are preserved in the ancient church which bears her name in Rome, and gives title in a cardinal. She is mentioned in the sacramentary of St. Gregory, and in almost all western Martyrologies. The acts of her martyrdom deserve no regard: St. Paul, in the last chapter of his epistle to the Romans, salutes Aquila, a person of Pontus, of Jewish extraction, and Priscilla, whom he and all churches thanked, because they had exposed themselves for his sake. He mentions the church which assembled in their house, which he attributes to no other among the twenty-five Christians whom he saluted, and were then at Rome. This agrees with the immemorial tradition at Rome, that St. Peter consecrated an altar, and baptized there in an urn of stone, which is now kept in the church of St. Prisca. Aquila and Priscilla are still honored in this church, as titular patrons with our saint, and a considerable part of their relics lies
under the altar.

Connection for our times: Not as much is written on this saint as others, but it is clear that her holiness and courage in the face of persecution warranted a great devotion to her. Let us strive to be holy in our own lives, knowing that God’s will must be done even if it is not widely known to others.