Are all divorced Catholics necessarily excluded from receiving the Sacraments? No. Certainly an innocent party in a divorce, who has accepted the ensuing burden of living celibately, should not allow himself to be troubled by an exaggerated sense of guilt. To separate (with the local bishop’s permission) from an unfaithful spouse; to secure one’s immediate safety, or the safety of one’s children, by separating (even before seeking the bishop’s permission); to have been abandoned or divorced by one’s legitimate spouse — these are hardships, not sins. In themselves, they present no reason for a person to consider himself excluded from the Church.&nbsp;Any Catholic who has dutifully fulfilled the obligations of marriage, who has extended a willing offer to be reconciled with his or her true spouse (barring serious reasons against a reunion), and who has not taken up cohabiting with some new partner, should have no hesitation about continuing to receive the Sacraments, including Holy Communion, provided only that he first examine his conscience to ensure that he is in the state of grace.

But in cases in which a baptized person obtains a civil divorce and then attempts to marry again while the original spouse is still alive (when there has been no decree of nullity issued by the Church regarding that previous marriage), such an attempt at marriage is nothing more than an attempt. No second marriage takes place, and the ceremony itself is simply a scandalous public expression of the persons’ intention to live in a continuous state of adultery — objectively speaking, in a state of mortal sin. For such persons to receive Holy Communion would simply be one shipwreck upon another. Divorced and “remarried” Catholics must not present themselves to receive Holy Communion until they put an end to their sinful situation. 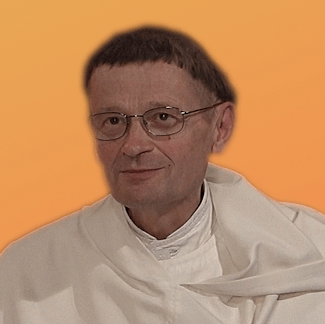 Father Albert Kallio, O.P. is a traditional Dominican priest. Originally from Canada, Father studied in Italy and France and was ordained in 1994. Since then he has traveled around the world, preaching and teaching, as well as writing for several publications. Since late 2013, he has been the superior of the traditional Dominicans in Steffeshausen, Belgium.