She was a noble Roman virgin, who glorified God, suffering many torments and a cruel death for his faith, in the capital city of the world, in the third century. There stood a chapel consecrated to her memory in Rome, which was frequented with great devotion in the time of St. Gregory the Great. Her relics were discovered in a vault, in the ruins of her old church, and translated with great pomp in the year 1634, under the pope Urban VIII., who built a new church in her honor, and composed himself the hymns used in her office in the Roman Breviary. The city of Rome ranks her among its particular patrons. She is mentioned in the Martyrologies of Ado, Usuard, &c. The history of the discovery of her relics was published by Honoratus of Viterbo, an Oratorian.

Connection for our times: Compared to many other Saints, not much is known about Saint Martina. This reminds us that there are unknown saints who live their lives, seemingly in secret, with God and those around them as the only witnesses of their sanctity. Let us be inspired to seek holiness in our lives, even though we will most likely go unnoticed by the world.

The Finding of the Body of St. Stephen – The First Martyr

THE second festival in honor of the holy protomartyr St. Stephen was instituted by the Church on the…
byThe Fatima Center

The Circumcision of Our Lord

CIRCUMCISION was a sacrament of the Old Law, and the first legal observance required by Almighty God of…
byThe Fatima Center 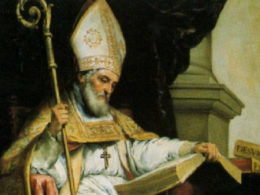 ODILO, fifth abbot of the Abbot of Cluny, was very influential in society during his lifetime; he belonged…
byThe Fatima Center 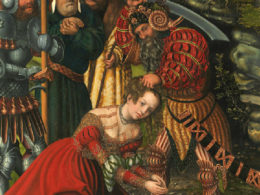 St. Barbara was brought up a heathen. A tyrannical father, Dioscorus, had kept her jealously secluded in a…
byThe Fatima Center