Meekness – Eighteenth Day of May

Resist faithfully your inclination to impatience, and practice, in reason and against reason, holy affability and sweetness with all, especially with those who give us most cause of trouble. — St. Francis of Sales.

A certain man who had no occupation often visited the saint, and robbed him of many precious hours. Nevertheless, he received him always with affability, never showing the least sign of weariness. He was asked why he did not dismiss him. He replied that he had never thought of doing so. “He gives me an occasion to practice charity and sweetness,” he said.

A Protestant lady, under pretext of having her doubts cleared away, also took much of his time. In reality, what attracted her to him was the admirable sweetness she found in his conversation. When he perceived this, and having no longer any hope that she would embrace the Catholic faith, he said: “I have answered all your difficulties, and since I cannot succeed in persuading you any further, I will now pray for you, which is all I can do.” “I have still one other question,” she said; “it is the celibacy of priests. I do not see what can be said in its favor.” “Madam,” replied he, “this celibacy is very necessary. Had I a wife and children, could I have given you as much time as I have done?” This answer struck home. Grace touched her heart, and she soon afterwards became converted.

My God, make me affable to all, sweet to all, particularly to those who make me suffer. Grant that the sweetness I show them for love of Thee may draw them to love Thee. 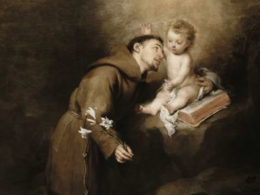 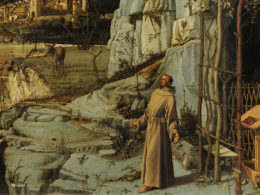 Simplicity. “Be simple as doves.” — St. Matt. 10:16. THIRTEENTH DAY. Continual reflection upon our faults is not…
byThe Fatima Center