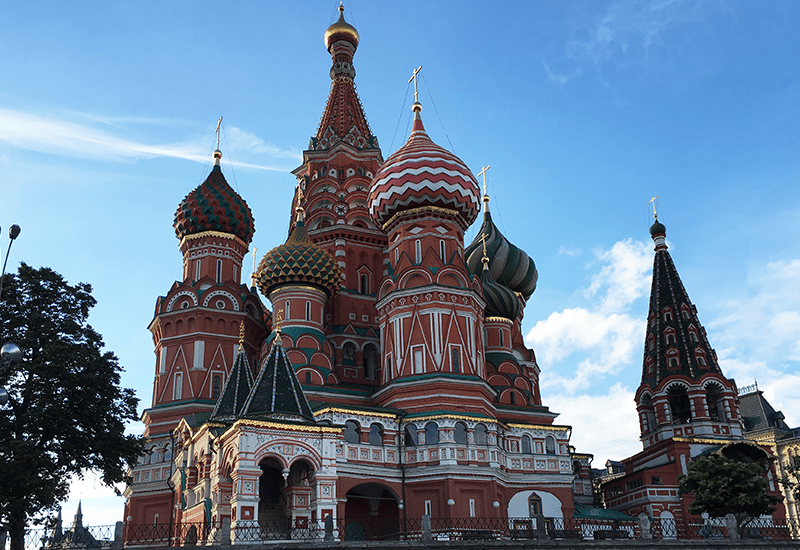 The Consecration of Russia: The Only Solution – VL199

“Shall I continue to insist? Does the promise still hold good after all these years? Should I change the terms in any way to more easily obtain a result of some kind, such as for a consecration of the entire world by the Holy Father alone?” – Sister Lucy’s confessor, 1935

Feast of the Annunciation

In 1935, after having spent years trying without success to influence Pope Pius XI to perform the Consecration of Russia, Father Gonçalves – Sister Lucia’s confessor – asked her the aforementioned questions.

To the first two questions – “Shall I continue to insist? Does the promise still hold good after all these years?” – she answered, “Yes.”

In what seemed a more desperate attempt to get the Pope to heed Our Lady of Fatima’s requests, Father Gonçalves asked – “Should I change the terms in any way to more easily obtain a result of some kind, such as for a consecration of the entire world by the Holy Father alone?” – to which Sister Lucia answered, “No, there is no other course, no other solution.”

Recalling that Our Lady of Fatima appeared eight days after Pope Benedict XV’s appeal to our Blessed Mother to show mankind the way to peace – at which time (in May of 1917) the world had already suffered the deaths of millions in the first three years of the worst war in the history of mankind, the “Great War” – Our Lady warned of “another and worse war” in the future if Her requests went unheeded, and mankind did not stop offending God.

By the time the first attempt of a Consecration (of some sort) to the Immaculate Heart of Mary by a Pope was finally made, the world had already suffered three years of that “worse war,” World War II, with no end in sight.

In October 1942, Pope Pius XII consecrated the world to the Immaculate Heart of Mary by himself over Vatican Radio, broadcasting only in Portugal. None of the three conditions Heaven gave for properly making the Act of Consecration were met – it was not a public ceremony, Russia was not the specific object of the Consecration, and there was no participation of the Catholic bishops.

Two months later, on December 8, he made another attempt – again consecrating the world, and again without the participation of the Catholic bishops of the world. This time it was a public act of reparation to the Immaculate Heart of Mary but again, it was by no means a fulfillment of Our Lady of Fatima’s request.

Pius XII – without knowledge of Father Gonçalves’ personal correspondence to Sister Lucia proposing an “easier” alternative to Heaven’s request and her negative response – did precisely what Sister Lucia’s confessor had suggested and had asked Lucia if it could be done. That is, he (knowingly or unknowingly) “changed the terms”, meeting none of the conditions on his first attempt, and only one of the three conditions requested by Our Lady the second time.

The limited effects of these two attempts by Pius XII certainly confirmed what Sister Lucy told Father Gonçalves in 1935 – that the terms cannot be changed because there is “no other course, no other solution.”

As suggested in Father Gonçalves’ question to Sister Lucia –  “Should I change the terms in any way to … obtain a result of some kind?”, Pius XII’s December 8, 1942 public act of honor and reparation to the Immaculate Heart of Mary did not go unnoticed by Heaven.

Our Lord told Sister Lucia that on account of this act, He would mercifully “shorten the days of the present distress”, that is, the duration of World War II would be shortened.

Though the war continued for another two years, in Winston Churchill’s historical accounts it is recorded that it was at this time during the war that marked a dramatic turning point. The time noted in his writings corresponds precisely with the period immediately following Pius XII’s consecration of the world.

Our Lord kept His promise but nonetheless, made it clear that world peace would not result from that act of reparation because Russia was not consecrated to the Immaculate Heart of Mary and thus not converted.

The war-torn history of the latter 20th Century to the present, along with the relentless march of Russia’s errors throughout the world continuing to the present day, have certainly confirmed what Sister Lucia told Father Gonçalves – that the terms for the conversion of Russia and world peace cannot be changed.

We Must Do Our Part

Over these past nearly 41 years, this apostolate has done as much as possible to reach out to Catholics worldwide with Our Lady of Fatima’s Message, urging all to heed Her requests and do the five things She asked of us – stop sinning and amend our lives, getting back into the state of grace; offer sacrifices for sinners, including the sacrifices of our daily duties; pray the Rosary everyday; make acts of reparation for sin, especially the Five First Saturdays Communion of Reparation to the Immaculate Heart of Mary; and place ourselves under Our Lady’s protective mantle by wearing the Brown Scapular.

When a sufficient number (determined by God) of the world’s Catholics (laity and religious) heed Our Lady of Fatima’s requests, then God will give the graces for the Pope (whomever he may be) to make the requested solemn public act of consecrating Russia to the Immaculate Heart of Mary, ordering all the world’s Catholic bishops to join him.

As Sister Lucia told Father Gonçalves in 1935, “there is no other course, no other solution.”

It was the graces gained by the sacrifices and the outpouring of the prayers of Catholics during World War II that resulted in Pope Pius XII’s Act of Consecration (inadequate though it was) and the fruit merited from that act.

That it was not done according to Heaven’s requests in order to achieve the promised conversion of Russia and subsequent world peace, is likely because there still weren’t enough Catholics who had heeded Our Lady of Fatima.

John Paul II repeated the same mistakes as Pius XII in 1981,  1982 and 1984 – consecrating the world (and not Russia) to the Immaculate Heart of Mary, and without the participation of the bishops.

Later, in October 2000, he made a public Act of Entrustment (not a consecration) of the world (not Russia) to Mary (without mentioning Her Immaculate Heart). He was joined by the approximately one-third of the world’s bishops who were already present in Rome at that time.

While the first three of his attempts were missing the same two elements of Heaven’s request that Pius XII’s December 1942 act was missing, this last attempt made by John Paul II in 2000 was his weakest, not having even mentioned Our Lady’s Immaculate Heart.

Father Gabriel Amorth (R.I.P.), the well-known Roman exorcist, gave eyewitness testimony of what happened at the 1984 ceremony. He witnessed the Cardinal advisors surrounding John Paul II telling him not to mention Russia!

We may ask all sorts of questions as to why the Pope listened to that bad advice, and why on four separate occasions he did not do what Heaven asked, but it always comes back to the same reason.

The enemies of Our Lady of Fatima and Christ’s True Church are successful solely because we Catholics are not heeding Her requests and the graces are not being gained for the Pope – successive Popes, no matter how well-intentioned – to make the Consecration of Russia to the Immaculate Heart of Mary according to the formula requested by Heaven.

It begins with us. First heeding Our Lady’s requests, and then spreading the Fatima Message as best we are able to those whom God places on our path.

Enclosed with this letter is a pamphlet you may have seen before, On Borrowed Time: The Final Battle.

The content stresses the current situation in the Church and the world, including the fact that not only have the Catholic laity and hierarchy not heeded the requests of Our Lady of Fatima, but in fact, the world and the Church have gone in the opposite direction from that indicated by Our Lady’s appeal to us.

She came to warn us, She came to help us, in order to prevent precisely what has happened, and is happening, from taking place.

How often do we hear others, especially parents, lament that their children and other loved ones have fallen away from the Faith or are leading sinful lives, and express how fearful they are of the souls of their loved ones being lost?

We can’t even begin to imagine how sad our Heavenly Mother must be, having tried to prevent the further descent down the soul-destroying diabolical path that Her children had already embarked on more than 100 years ago.

For copies of the enclosed pamphlet, On Borrowed Time: The Final Battle, return the enclosed reply form or call us at 1-800-263-8160.

ONLY SHE CAN HELP US!

We have many different types of literature to help you reach out to loved ones and others:

– Simple leaflets on the Message of Fatima, such as Do You Know? and 10 Important Fatima Questions Answered!;

– Devotional leaflets and booklets on how to pray the Rosary, the Brown Scapular, the Seven Sorrows devotion to Our Lady, and many others;

– Instructional leaflets such as The Ten Commandments and Modesty in Dress, and booklets such as An Examination of Conscience for Adults and the Catholic Catechism.

Please make use of this literature for your own edification and salvation, and to help other souls with their salvation.

Some of the above-mentioned items are listed on the enclosed reply form. To receive these items, return the reply form, or call our volunteer department at 1-800-263-8160 for more copies and for inquiries about other available literature. Many of these items can also be viewed and downloaded from our website: www.fatima.org.

We look forward to hearing back from you.