Author
Father Michael E. Rodriguez
Fr. Michael E. Rodríguez was born in 1970, in the border city of El Paso, TX. He is the third in a family of six children, and was raised in a devout Catholic home. He entered the seminary for the Diocese of El Paso, attended major seminary at the Pontifical North American College in Rome, and completed his theological studies at the Pontifical Gregorian University. Fr. Rodríguez was ordained a priest in 1996 and early in his priesthood he served as the Vocation Director for the Diocese of El Paso. He has served in numerous parishes, both urban and rural, throughout the diocese. In 2005, Fr. Rodríguez began to offer the Traditional Latin Mass, and since 2011, he has been offering the Traditional Latin Mass exclusively. Fr. Rodríguez speaks fluent English and Spanish, and is proficient in German and Italian. 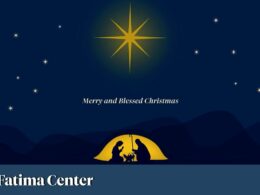 Merry Christmas from the Fatima Center! 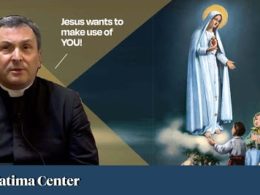 Our Vocation: to Make Our Lady Known and Loved | Living the Fatima Message 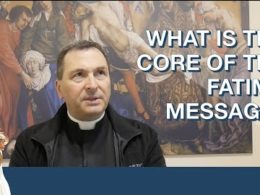 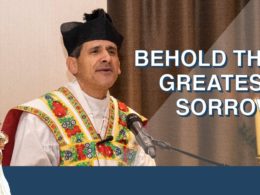