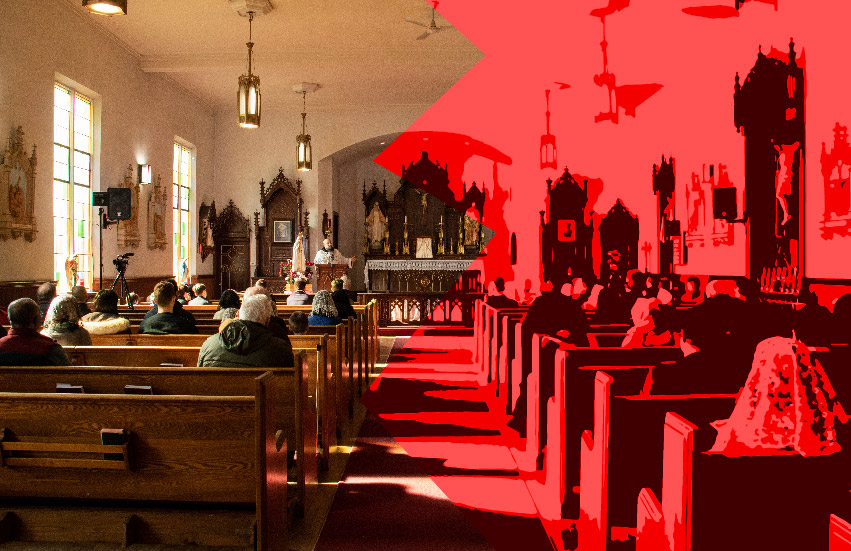 Why Socialism and Catholicism Are Incompatible

The Errors of Socialism

The Catholic Church has condemned Socialism in all its forms – so-called Christian Socialism as well as atheistic Socialism – without exception. But why? What is the error of Socialism? Is not Socialism about caring for the poor and eradicating evils like poverty? No, it is not.

Attacks on Private Property: Socialism advances the error that private property is not a human right but can be taken away from individuals by the state and given to others.

Violates Subsidiarity: Socialism, like Communism, violates the principle of subsidiarity. What does this mean? Pope Pius XI explains:

“Just as it is gravely wrong to take from individuals what they can accomplish by their own initiative and industry and give it to the community, so also it is an injustice and at the same time a grave evil and disturbance of right order to assign to a greater and higher association what lesser and subordinate organizations can do. For every social activity ought of its very nature to furnish help to the members of the body social, and never destroy and absorb them” (Quadragesimo Anno, 1931).

Thus, subsidiarity teaches that a unit in society (whether a government or a family) should have remedy to a higher authority only in those matters which it is unable to handle itself.

Advances Atheism and Church Persecution: Socialism, like Communism, advances the view of the state as the supreme authority and therefore inevitably persecutes religion. In fact, many of these forms of government force atheism upon their citizens, even prohibiting citizens from gathering together to pray or worship God. Very often they levy fines, imprisonment, or even death, on those who own a Bible, crucifix or holy image.

Yet, even when the persecution is not that blatant or heavy-handed, the belief that the state is higher than the Church leads to innumerable forms of persecution. For example, God is not rightly acknowledged in the public forum, prayer is silenced, morality based on God’s laws is ridiculed, taxes are used as coercion, and worship can be prohibited for what the government deems as just cause.

“The great mistake… [is] the notion that class is naturally hostile to class and that the wealthy and the working men are intended by nature to live in mutual conflict. So irrational and so false is this view that the direct contrary is the truth… Each needs the other: capital cannot do without labor, nor labor without capital. Mutual agreement results in the beauty of good order, while perpetual conflict necessarily produces confusion and savage barbarity.”

The Church’s Authoritative Condemnation of Socialism

In 1891 Pope Leo XIII issued one of the most important documents ever published on the Church’s teachings on capital and labor. His landmark encyclical, Rerum Novarum, stated in part:

“Hence, it is clear that the main tenet of socialism, community of goods, must be utterly rejected, since it only injures those whom it would seem meant to benefit, is directly contrary to the natural rights of mankind, and would introduce confusion and disorder into the commonweal. The first and most fundamental principle, therefore, if one would undertake to alleviate the condition of the masses, must be the inviolability of private property.”

The Church’s prohibition on Socialism does not only include the more extreme atheistic-inspired socialists but all Socialism. There can be no compatibility with Socialism, extreme or moderate, and Christianity. Such a declaration was expressed concisely by Pope Pius XI:

“We make this pronouncement: Whether considered as a doctrine, or an historical fact, or a movement, Socialism, if it remains truly Socialism, even after it has yielded to truth and justice on the points which we have mentioned, cannot be reconciled with the teachings of the Catholic Church because its concept of society itself is utterly foreign to Christian truth” (Quadragesimo Anno, n. 117).

The Holy Father Pius XI even plainly stated elsewhere in the same document: “Religious Socialism, Christian Socialism, are contradictory terms; no one can be at the same time a good Catholic and a true Socialist.”

Such a conclusion to condemn even so-called “Christian Socialism” was reaffirmed by Pope John XXIII in Mater et Magistra, promulgated on May 15, 1961:

“Pope Pius XI further emphasized the fundamental opposition between Communism and Christianity and made it clear that no Catholic could subscribe even to moderate Socialism. The reason is that Socialism is founded on a doctrine of human society which is bounded by time and takes no account of any objective other than that of material well-being. Since, therefore, it proposes a form of social organization which aims solely at production; it places too severe a restraint on human liberty, at the same time flouting the true notion of social authority.”

And despite all his shortcomings, even Paul VI affirmed a similar conclusion in Octogesima Adveniens, which was issued on the 80th anniversary of Pope Leo XIII’s promulgation of Rerum Novarum:

“Too often Christians attracted by Socialism tend to idealize it in terms which, apart from anything else, are very general: a will for justice, solidarity and equality. They refuse to recognize the limitations of the historical socialist movements, which remain conditioned by the ideologies from which they originated” (Octogesima Adveniens).

While these are all relatively modern condemnations of Socialism, the idea of Socialism far predates the invention of the term in the 19th century. Yet, even these earlier practices, which still sought to advance some of the errors of modern Socialism, were unhesitatingly condemned by the Church.[1]

But What of the Early Christians?

Some people make the sacrilegious and erroneous claim that the Apostles practiced Socialism. They base this on the fact that the early Christians “had all things in common. Their possessions and goods they sold, and divided them to all, according as every one had need” (Acts 2:44-45).

Yet, this sharing in common was done of one’s free will. It was not mandated by any government authority. Thus, no early Christian denied he had a right to private property nor was he stripped of any natural rights by another. Similarly, those who enter religious life freely choose to take a vow of poverty, and a monastery communally owns all property for the good of its members.

Also, in those cases an individual continually makes the free-will decision to forego the use of his natural rights – which all acknowledge he still retains. Catholics have always believed in corporal works of mercy and supporting the poor and needy; yet, this is Christian charity, not Socialism.

The Apostles also encouraged this practice because they had a supernatural end in mind. Their motivation and intent were fueled by a desire to love God and neighbor. The end of an action is always a key determinative factor in its morality. On the other hand, the perspective of Socialism is always only on natural ends, the fleeting and perishable goods of this world. The same action can gain eternal reward for those who do it for love of God, whereas it gains no heavenly merit for those who do it for purely natural ends.

Even for those who fail to consider these essential differences, it should be obvious that the Apostles did not practice Socialism, for then the Popes quoted above could not have authoritatively taught as they did. Remember, they explicitly emphasized that Socialism is utterly foreign to Christian truth!

There is a growing trend in modern politics to embrace so-called socialist, socialist leaning, or Christian socialist politicians. Such a trend is nothing new. Yet, the Church’s official teaching remains – Socialism, no matter how it is practiced, is forbidden.

No one may vote for a socialist politician or advance such errors and remain faithful to Christ. Christ came to save all men through His Church and the Sacraments. While we can and should do all that we can to eradicate poverty and injustice[2], this will only be truly effective to the degree that man is freely motivated by love of God and neighbor. The attempt to eradicate poverty and injustice by state-mandated policies or force only leads to greater evils, even when not consciously intended.

Taking away the rights of private property, violating the principle of subsidiarity, promulgating atheism as the state religion, persecuting the Catholic Church, encouraging class warfare, and urging envy are just some of the errors of Socialism. We have a responsibility as Catholics to correct any of our peers who claim to be voting in accord with Church teaching when they wrongly endorse and support candidates espousing the principles of Socialism, even when cloaked behind the veil of good. Socialism, even Christian Socialism, is forbidden.

[1] For an article outlining in detail some of the Church’s historical condemnations of Socialism, see “Socialism Has Been Condemned For 20 Centuries” by John Clark, viewable at https://www.ncregister.com/blog/johnclark/socialism-has-been-condemned-for-20-centuries

[2] We also do well to remember that Our Lord told us that we will always have the poor with us (cf. Matthew 26:11). Thus, poverty will only be fully eradicated in the world to come.