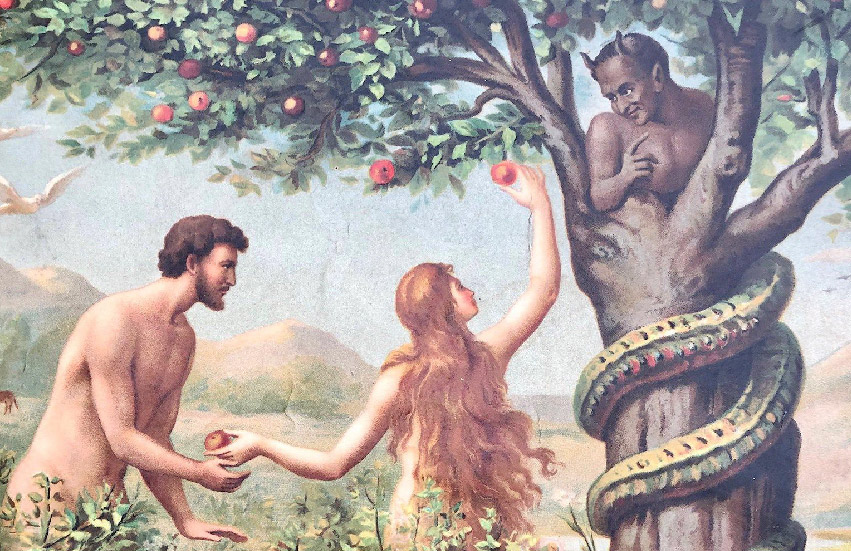 Why Does God Permit Evil?

According to St. Thomas Aquinas, evil is defined as the absence of what should be there.[1] This especially applies to the presence of God in our lives. We have evil in our world because people have free will and some freely reject God and His Commandments to embrace evil. Yet, like all things, free will was created to be good. It is naturally good for a creature to be rational and make its own decisions.

If we happen to suffer because of another, it does not mean that we are not loved by God. God is with us through the sufferings of life. He, too, came and suffered by being betrayed by His friends, denied by Peter, mocked and crowned with thorns, stripped of His garments, commanded to carry the Cross, and crucified. The God of Heaven and earth was put to death by our sins so that we might have eternal life. And God, through this and all evil works, brings out good.

Q: Why is there so much evil in the world? How could God let this happen?

God can draw good from evil. Our world will have pains and sufferings, but there are also countless joys in our lives, such as our family and friends. There is evil in our world because we are sinners. God permits evil but He does not will it. He permitted Adam to sin in order to send us His Son, Jesus Christ, the greatest of all gifts.

When Our Lady appeared in Fatima in 1917, She revealed to us that punishment for sin includes hunger, war, and persecution of the Church and the Holy Father. Suffering comes in part because we sin and separate ourselves from God’s grace and love. Some suffering comes from sin, but not all. We simply must trust God.

Scripture itself also confirms that the source of all evil comes originally from sin: “Wherefore, as by one man sin entered into the world, and death by sin; and so death passed upon all men, for that all have sinned” (Romans 5:12). Death and destruction do not come from God but rather from the evil one who seeks to damn us all. We cannot blame God for the wrongs of the world.

Instead of being ‘upset at God’ for the evil men cause and which God abhors, we mere creatures should marvel at the greatness and goodness of God. For by His Almighty power, He providentially ordains all things so that “where sin abounded grace did more abound” (Romans 5:20).

In other words, it does not matter how great is the evil that men (or devils) cause, God can bring good out of it. That is divine omnipotence! The greatest evil was the unjust murder of the Son of God and Son of Mary. The greatest good came therefrom: death was vanquished, the devil was defeated, and the Gates of Heaven were opened to mankind. What’s even more astounding is that God Himself freely wills to suffer all the punishment for the evil we have caused.

We must realize that Jesus Christ, the King of kings, came into the world to suffer. The Man Who healed the sick, fed the hungry, and cured the blind was dragged through the streets like an animal. He was beaten, mocked, reviled, and insulted. The Creator of Heaven and earth became the Man of Sorrows – rejected by His own people. He was forced to carry His Cross, have His back and face disfigured for our sins, and be nailed to a Cross. Our God suffered for us. Not a mere man – but our God suffered. Nothing we can suffer will ever amount to the pain that Our Lord, Who is God-made Man, felt. For it was not just the nails that pierced Him, but every single sin committed in the history of the world.

To read a detailed account of Our Lord’s suffering, find a copy of The Dolorous Passion of Our Lord Jesus Christ. If Our Lord Himself felt this, certainly we too must accept suffering. Jesus said, “Whoever does not take up his cross and follow after Me is not worthy of Me” (Matthew 10:38). See Matthew 16:24, Mark 8:34, Luke 9:23, and Luke 14:2 for similar messages.

Offer up your sufferings to God; for in the end, all things will be beautiful and new in the Resurrection to come.

We can learn much from this reflection in the Catechism of the Council of Trent:

“Thus that admirable man, Job, when violently injured by the Sabeans, the Chaldeans, and by Satan, took no account of these, but as a righteous and very holy man exclaimed with no less truth than piety: The Lord gave, the Lord has taken away. The words and the example of that man of patience should, therefore, convince Christians, and the conviction is most just, that whatever chastisements we endure in this life come from the hand of God, the Father and Author of all justice and mercy. He chastises us not as enemies, but, in His infinite goodness, corrects us as children.

“To view the matter in its true light, men, in these cases, are nothing more than the ministers and agents of God. One man, it is true, may cherish the worst feelings towards another, he may harbor the most malignant hatred against him; but, without the permission of God, he can do him no injury. This is why Joseph was able patiently to endure the wicked counsels of his brethren, and David, the injuries inflicted on him by Semei.

“Here also applies an argument which St. Chrysostom has ably and learnedly handled. ‘It is that no man is injured but by himself. Let the man, who considers himself injured by another, consider the matter in the right way and he will certainly find that he has received no injury or loss from others. For although he may have experienced injury from external causes, he is himself his greatest enemy by wickedly staining his soul with hatred, malevolence and envy’ (cf. 5th Commandment).”

Pope Benedict XVI expressed a similar message when he wrote, “Jesus, whose divine love alone can redeem all humanity, wants us to share his Cross so that we can complete what is still lacking in his suffering (cf. Col 1:24). Whenever we show kindness to the suffering, the persecuted, and defenseless, and share in their sufferings, we help to carry that same Cross of Jesus. In this way, we obtain salvation and help contribute to the salvation of the world.”[2]

Omnipotent Lord! Who dost permit evil that good may spring from it, listen to the humble prayers by which we ask of Thee the grace of remaining faithful to Thee even unto death. Grant us also, through the intercession of Mary ever blessed, that we may always conform ourselves to Thy most holy will.[3]

[1] More specifically, evil is the absence of a quality or attribute that is normally present. For example, a blind man suffers an evil whereas a rock, although sightless, does not. By nature, man should have sight but rocks do not. Thus, all evil is essentially negative, consisting in the loss or deprivation of something necessary for perfection.
There are three kinds of evil: physical, moral, and metaphysical. Physical evil is that which causes harm to man; i.e., sickness, accident, death, poverty, oppression, etc. Moral evil is the deviation of human will from the moral order and the acts which result from that deviation. Metaphysical evil is the limitation of component parts of the natural world whereby natural objects are prevented from attaining to their full or ideal perfection, whether by the constant pressure of physical conditions or by sudden catastrophes. For example, predatory animals depend for their existence on the destruction of life; nature is subject to storms and convulsions, and its order depends on a system of perpetual decay and renewal (cf. https://www.newadvent.org/cathen/05649a.htm).