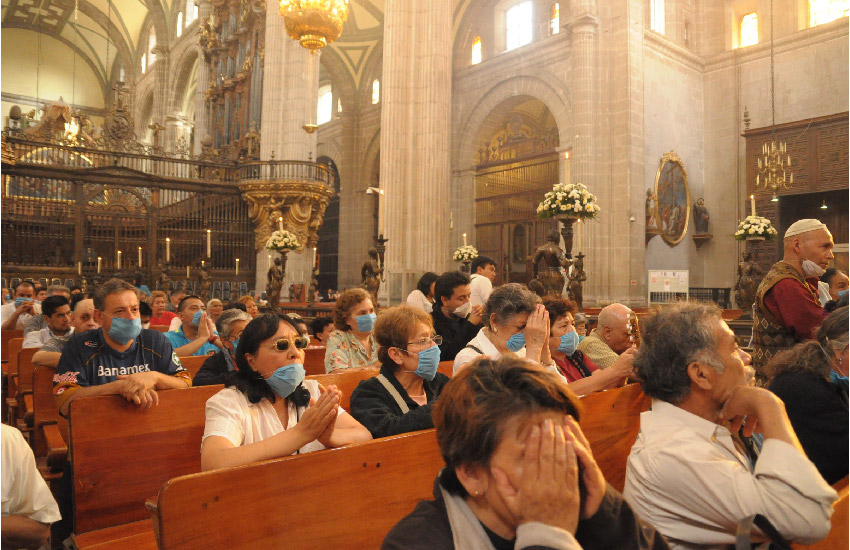 When is Enough, Enough?

Years ago I heard a sermon with the refrain “enough is enough.” The priest rattled off a barrage of errors that plague our society, from abortion, to the destruction of marriage, to euthanasia and everything in-between. By now, this sermon is probably around ten years old, yet I still recall it vividly. I’m sure today the priest could have included much more in the litany of errors he roundly condemned.

I was poignantly reminded of this sermon last week while at a somber event. We recently lost an unborn child — my wife was a few months along. It has been hard, to say the least. In any case, as we prepared for the burial of our son, Ariel, I had to satisfy all the coronavirus restrictions; providing names of a guest list, keeping the invitees under a certain number, etc. Mind you, this event was outside, and not even in an enclosure. There were not more than ten people at the burial, yet some still felt compelled — and were encouraged by the “guidelines” — to wear masks.

Perhaps it was the gravity of the event, perhaps I was in a less than ideal place emotionally, but I was struck by the absurdity of the whole corona hysteria more than I have been to this point. Anyone who has read my writings, or knows me even a little, is aware that I do not agree with the official narrative about the coronavirus at all, but there was something especially tragic about the masks on this day.

I should add, before I continue, that I do not blame anyone in a particular way, and I am grateful to the funeral home and our priest for the reverence and closure brought about by the ceremony. Nonetheless, I was agitated by the constant reminder of this never-ending farce of a flu-season. I thought to myself: “Here we are burying an unborn child with no more than ten people, and close family members — who see each other socially — are wearing masks. When is enough, enough?”

Is there nothing sacred left in this world? Have we devolved to such a state of fear and compliance that we cannot show our faces to honour the dead? Maybe I am making a mountain out of a mole-hill, but I do not think that is so.

As Christians, we have to deal with a plethora of ridiculous propositions and political oddities in our day. We have to believe that the world will end due to warming… or cooling… or climate change… I can’t keep up. We have to put up with the redefinition of marriage from a sacred and biblical reality, to whatever the judge deems it to be. We have to agree, at least in polite company, that male and female He did not necessarily create them. We have to pretend that Christianity is one religion among many, and that the Bible is just a collection of pious and intolerant fiction. I could go on, but I gather the point has been made: We live in bizarro land where up is down and down is up, where black is white and white is black, where sin is virtue and virtue is sin.

This is not new. Isaias lambasts this diabolical disorientation saying, “Woe to you that call evil good, and good evil: that put darkness for light, and light for darkness: that put bitter for sweet, and sweet for bitter.” (Isaias 5:20)

We have lived with error, and will continue to live with error for the foreseeable future, but there is something different about the coronavirus hysteria, and specifically the masks. These strike me as driving home the absurdity in a particularly invasive manner.

We are not forced (for the most part) to be throttled with constant reminders of the aforementioned errors. It is not as if we must wear t-shirts that say “I don’t believe in traditional marriage,” or hats that read “I am pro-choice,” although some people willingly do. My point is that, relatively speaking, we are free to live without having lies shoved down our throats, if we so choose, and especially at solemn events like the one I have described. With the masks, however, we are forced to stare the devil’s insult right in the face, even on the face of loved ones. We are mandated to wear the lie in order to get groceries, and we stand out like lepers in a shopping centre if we do not don the devil’s face-drapery.

The demon is so bold in these times, and the mass of people are so utterly hypnotized that we now live in a world wherein even most bishops and priests expect their flock to approach the altar — where so much sacrilege is already being committed — with their faces covered. People have been denied funerals, baptisms, marriages, Extreme Unction, and all forms of human interaction.

If that is not enough, those who have been traumatized by corona measures must be reminded every time they are forced to wear a mask or be around others who wear them. Our overlords now act like serial abusers who taunt their victims with a constant reminder of what they will make them go through. To make matters worse, it seems as if many places will lose the Holy Sacrifice of the Mass again, just in time for Christmas.

We have to ask ourselves, at what point is enough, enough? Who will stand up against the tide? Who among us is willing to be a bit uncomfortable in order to push for some normalcy in our lives? Our fathers in the faith died gruesome deaths in order to remain Catholic, but we will not risk a petty fine — a fine that will most likely be thrown out? The time for men to be men, and for heroes to stand out has long passed.