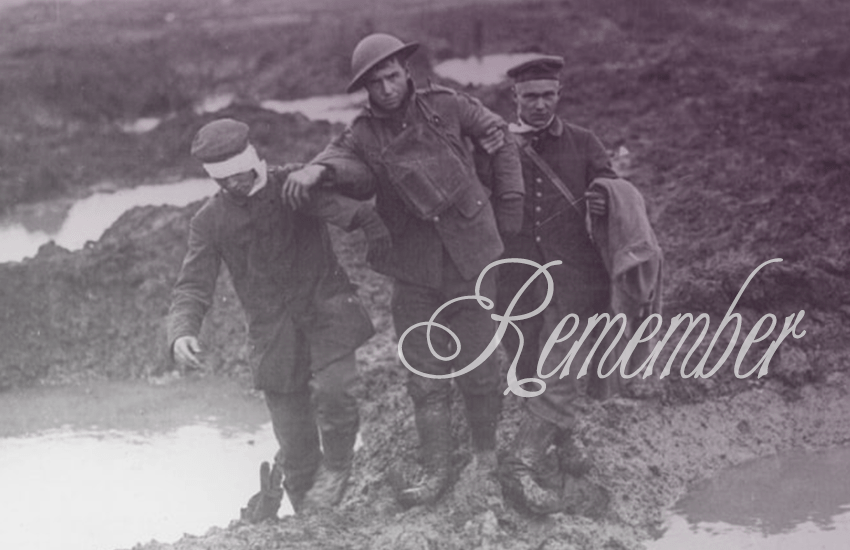 We Must Love War!

It’s hard to tell that we don’t love war based on the evidence.

We all know that war means death not only for soldiers but also for non-combatants.

On July 13th 1917 Our Lady of Fatima told the three children seers – Lucia, Jacinta and Francisco – that the war that had engulfed the world for more than three years, would end.

She warned, however, of an even worse war to come if people did not cease offending God, even foretelling the name of the reigning pontiff at the onset, and the sign that God would give warning of the punishment about to commence.

Our Lady of Fatima didn’t warn of just one war. She actually said that if Her requests were not heeded, Russia would spread her errors throughout the world provoking wars…

Do we really want another war? A nuclear holocaust?

War causes widespread deaths in many ways, such as starvation and disease, and the devastation caused by war doesn’t end when the war ends or when a soldier returns home. The long-term effects last for generations.

For anyone who has ever been to war, or been a non-combatant victim of a war, the effects are life-long.

War also affects the families left behind in ways that are just as devastating as the experience of the soldiers sent into battle.

For those countries where the theater of war occurs, the devastation goes on for decades. Europe still shows the scars of the two World Wars.

More recently, beginning with the Persian Gulf War nearly 28 years ago, guided bombs and depleted-uranium-coated missiles have devastated parts of the Middle East for centuries to come. These weapons kill not just by explosion, but are radioactive and highly toxic and cause massive side effects to the combatants and to the inhabitants of those nations.

The Western soldiers who returned from that conflict unknowingly carried with them the effects of radiation exposure. For many, their post-combat progeny sustained horrible birth defects, cancer and other problems.

Thus, illness and premature death are not rare occurrences for those returning from combat. Exposure to gas and nerve agents in World War I, radiation in World War II, defoliant agents such as Agent Orange in Vietnam, and radioactive and toxic agents as well as other unknown elements in the 1991 Persian Gulf conflict, and the subsequent Middle East and Afghanistan conflicts have all led to post-combat illnesses and/or premature deaths.

There are also those suffering from Post-Traumatic Stress Disorder (PTSD) who are unable to function as their daily lives require.

Mankind didn’t listen to Our Lady of Fatima at the height of the First World War in 1917, and as She foretold, an even worse war began barely 20 years later, culminating in 1945 with the detonation over two Japanese cities of two new, highly destructive nuclear weapons.

More than seventy years after the atomic bombs were detonated over Japan, generations are still suffering from the after-effects of the radiation exposure.

Since the atomic bombings at the end of World War II, the threat of subsequent nuclear war has been ever-present.

One hundred years later, mankind as a whole has never recovered. The “war to end all wars” was the beginning of the biggest assault against God and the salvation of souls. The world is still suffering from the hidden devastation caused by that war alone.

On July 13, 1917 Our Lady of Fatima didn’t just warn about the temporal punishments to come. Her biggest warning was about the eternal punishments. She showed the children a vision of hell and specifically warned of the many souls going to hell even 101 years ago –

before the multiple crises in the Church we are experiencing today, before television and the Internet, before legalized murder in the womb and the legalizing of sexual perversion, before immodesty in dress and easily accessible pornography became the “norm”… and the list goes on.

In light of Our Lady’s warning at Fatima in 1917, millions upon millions of souls have been lost for eternity because the solution She gave to help save the souls of sinners has still not been heeded.

All the wars that have occurred since World War I could have been avoided had Our Lady of Fatima’s requests been heeded. 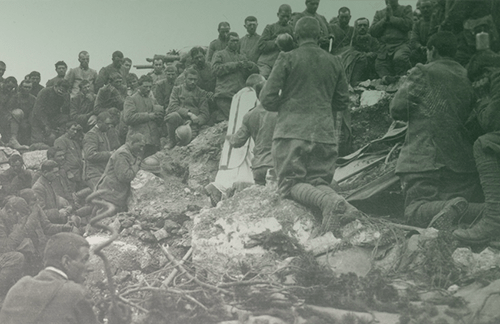 We can’t bring back those who have paid the price for sin – losing their lives in war and possibly their souls for eternity.

But we can lessen the coming punishment and strive to avoid the threatening nuclear holocaust and subsequent loss of millions of more lives and souls simply by doing what Our Lady of Fatima asked:

Stop leading sinful lives, pray the Rosary daily particularly for the Pope to consecrate Russia to the Immaculate Heart of Mary in union with all the Catholic bishops of the world, offer sacrifices for sinners, wear the Brown Scapular, and make the Five First Saturdays Communion of Reparation to the Immaculate Heart.

This Sunday, the 100th anniversary of the end of “the war to end all wars,” let us remember – the Catholic way – those who lost their lives in battle, by praying for them.