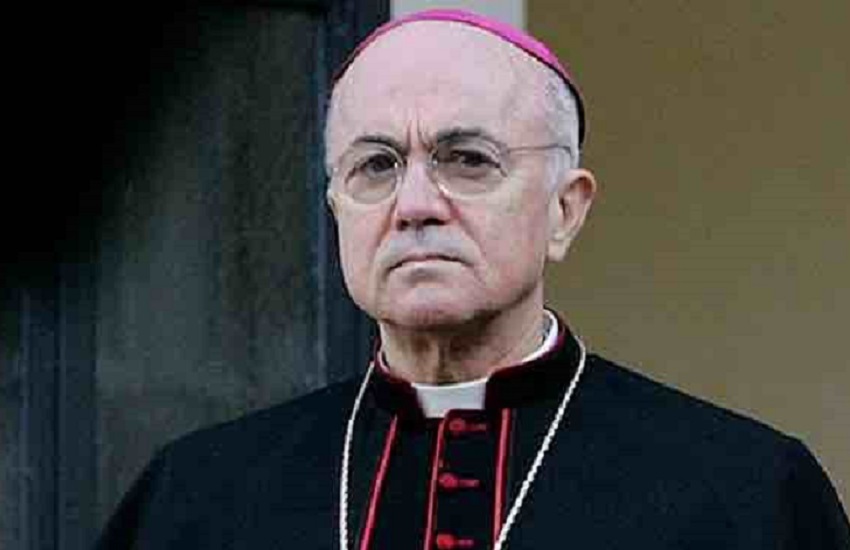 On Thursday a delegation of U.S. bishops and cardinals will meet with Pope Francis at the Vatican to discuss the sexual-abuse and cover-up. Will the pope stand behind Cardinal Viganò’s statement? Will he announce a plan to sideline any prelate who openly supports gay orientation? Will he cite homosexuality as the root of the pedophile problem? 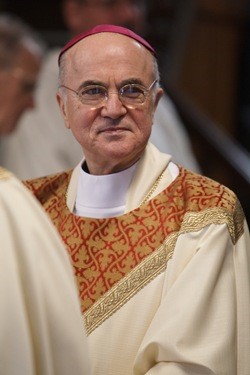 Originally, it was never Viganò’s plan to disclose the matter to the press, but Viganò explains in his statement that because “the corruption has now reached the very top of the Church’s hierarchy, my conscience dictates that I reveal those truths regarding the heart-breaking case of the Archbishop Emeritus of Washington, D.C., Theodore McCarrick, which I came to know in the course of the duties entrusted to me by St. John Paul II, as Delegate for Pontifical Representations, from 1998 to 2009, and by Pope Benedict XVI, as Apostolic Nuncio to the United States of America, from October 19, 2011 until the end of May 2016.”

In his statement, Viganò laments that “there was a recurring rumor … that the Archbishop ‘shared his bed with seminarians,’ inviting five at a time to spend the weekend with him at his beach house.”

According to Viganò, Pope Francis “continued to cover him” and not only did he “not take into account the sanctions that Pope Benedict had imposed on him” but also made McCarrick “his trusted counselor” who helped him to appoint a number of wayward bishops in the United States, including Cardinals Blase Cupich of Chicago and Joseph Tobin of Newark, both of whom are avid gay-sympathizers.

Looking at this on a more spiritual plane, it appears that Pope Benedict XVI was providentially behind this move to expose the pedophile scandal in America. In 2010, it was Cardinal Viganò who effectively exposed the corruption with the Vatican bank, which pleased Pope Benedict to the point that on August 13, 2011 he commissioned Viganò to take on a new job as Papal Nuncio to the United States so that he could dig up more of this corruption in America.

Initially, Viganò didn’t want the job, but in true obedience to the pope he accepted his new commission, and lo and behold another success story has ensued, and in the process, Francis has been exposed as abetting Cardinal McCarrick and his pedophile minions numbering up to 300, who through the years have seduced up to 1000 victims with homosexual acts.*

Francis cannot refute the charges against him, because they are true, but as always, he circumvents the issue with ambiguous or even outright contradictory statements. Viganò in his statement quotes Francis’ words from August 12, 2018:

“Everyone is guilty for good he could have done and did not do… If we do not oppose evil, we tacitly feed it. We need to intervene where evil is spreading; for evil spreads where daring Christians who oppose evil with good are lacking.”

How can the pope say this when he has helped to “spread the evil” of pedophilia by appointing notorious gay-advocate bishops to key positions in the Church? Gay-sympathizers like Cardinals Kasper, Danneels, and McCarrick and Archbishop Paglia are among the many who are spreading this pedophile cancer in the Church, not to mention “LGBT” champion Fr. James Martin whom Francis in April 2017 appointed as consultant to the Vatican’s Secretariat on Communications, so how has Francis “intervened” to stop the spread of this evil?

“If this is rightly to be considered a serious moral responsibility for every believer, how much graver is it for the Church’s supreme pastor, who in the case of McCarrick not only did not oppose the evil but associated himself with the evils of one he knew to be deeply corrupt. He followed the advice of someone he knew well to be a pervert, thus multiplying exponentially with his supreme authority the evil done by McCarrick. And how many other evil pastors is Francis still continuing to prop up in their active destruction of the Church!

“Francis is abdicating the mandate which Christ gave to Peter to confirm the brethren. Indeed, by his action he has divided them, led them into error, and encouraged the wolves to continue to tear apart the sheep of Christ’s flock.

“In this extreme dramatic moment for the universal Church, he must acknowledge his mistakes and, in keeping with the proclaimed principle of zero-tolerance, Pope Francis must be the first to set a good example for cardinals and bishops who covered up McCarrick’s abuses and resign along with all of them.”

Cardinal Viganò indeed is to be praised for his honesty and his love for Christ’s flock, which has compelled him to come to its defense so selflessly. The truth, beauty, and heroic candor of his statement is simply unprecedented. The cardinal courageously asserts:

“Bishops and priests, abusing their authority, have committed horrendous crimes to the detriment of their faithful, minors, innocent victims, and young men eager to offer their lives to the Church, or by their silence have not prevented that such crimes continue to be perpetrated.

“To restore the beauty of holiness to the face of the Bride of Christ, which is terribly disfigured by so many abominable crimes, and if we truly want to free the Church from the fetid swamp into which she has fallen, we must have the courage to tear down the culture of secrecy and publicly confess the truths we have kept hidden. We must tear down the conspiracy of silence with which bishops and priests have protected themselves at the expense of their faithful, a conspiracy of silence that in the eyes of the world risks making the Church look like a sect.”

And so, we see that it is Cardinal Viganò who intervened to stop the spread of evil, yet we don’t see Francis praising Viganò for this, nor do we see the Church at large praising Viganò despite the many diocesan banners and tracts that are put out today which call upon Catholics to “protect our Catholic youth.”

On the contrary, we see Vatican liberals crying out that Viganò is guilty of “pope bashing,” when it is the liberal Vatican bureaucracy that bashes the pope by encouraging his subversion and his wayward path. True love for the papacy commands that we correct the present papacy and place it back on its pedestal as loyal Catholics have sought to do.

Unfortunately, some see Francis as a “persecuted martyr” who is being calumniated by those who disrespect the authority of the Church, when it is Francis who is persecuting the Church by his collusion with the enemies of the Church, i.e. the homosexuals, the globalists. The Vatican today has become a sodomite bureaucracy, courtesy of Francis.

Viganò rather shows true love for the pope and Church, as evidenced in the closing words of his testimony:

“It is in moments of great trial that the Lord’s grace is revealed in abundance and makes His boundless mercy available to all; but it is granted only to those who are truly repentant and sincerely propose to amend their lives. This is a favorable time for the Church to confess her sins, to convert, and to do penance.

“Let us all pray for the Church and for the Pope, let us remember how many times he has asked us to pray for him!”

God indeed has raised up Cardinal Viganò at this dismal hour to spearhead a consolidated effort to start cleaning house and throwing out more of this sodomite corruption. It is a spiritual call to arms which says, will the real Catholic please step forward. Vigano’s action may very well go down in the annals of Church history to be “The Viganò Intervention.”

Let us pray that Catholics everywhere will stand behind this intervention so that a thorough housecleaning may ensue, not only with regards to sexual-abuse but to the general quagmire of error into which the Church has descended, so that the Church can gloriously emerge in a true renewal wherein the light of Apostolic Tradition can shine forth anew for mankind.

* It seems that what we may be looking at in the final analysis is the battle of the popes, Benedict vs. Francis, since it was Benedict who initiated this investigative commission that would eventually lead to the public disclosure of Francis’ cover-up.